In 2019, Gilbert & Sullivan Austin was preparing an adaption of The Mikado in which they transferred the setting from Japan to Scotland. They had assumed when doing this a great deal of the of the libretto would have to be changed. To their pleasant surprise, fewer than twenty lines needed to be altered. This happy accident led them to conclusion that the works of the famous Gilbert and Sullivan team were just as worthy as the multitude of variations that have been performed on the works of Shakespeare (looking at you, Forbidden Planet!).

This is the focus of the company’s second episode of Fresh Takes on Gilbert and Sullivan. Not to be undone by the ongoing pandemic and endeavoring to keep entertaining its devoted fans, Gilbert & Sullivan Austin has moved offstage to online with a series of vignette-style episodes that reimagine some of the best loved songs from the G & S canon.

Episode 2 of Fresh Takes certainly hits the mark and is a wild ride from start to finish. It opens with three numbers from the HMS Pinafore directed by Sebastian Vitale and performed completely in Spanish with a racing, quasi hip-hop beat combined with the exuberance of a Broadway musical. This portion of the show combines vaudeville, pantomime, and the best choreography of the episode as the movement is sync with the poppy overtones of Sullivan’s music. It also has hilarious face acting, slapstick, and over the top energy. If you see this segment alone, you’ll be convinced that G & S can meld perfectly with modern sensibilities.

The episode continues strong as we next discover the “Patter Trio” cheekily waking up in the same bed together after a not too subtle text message from Mom about “changing your lifestyle” appears on an iPhone. The Patter Trio go on to sing a medley of patter songs in a variety of locations that make you wish you were there.

A patter song is a G & S staple and is characterized by a fast tempo in which the vocal lines are delivered in rapid, rhythmic patterns in which every syllable of text corresponds to one musical note. This medley includes patter songs from The Gondoliers, HMS Pinafore, Ruddigore, and Princess Ida. Director Allison Price has come up with a wealth of clever moments as characters are boasting about how great they are and how much they get down while they are lounging around and playing in a beautiful Texas river.

Episode 2 continues with sequences featuring the familiar songs "Tit-willow" and "I've Got A Little List -- and They Never Will Be Missed!" I don’t want to give away too much—this is a show you must see for yourself—but the remaining songs feature a very lively Kirk Kelso, as well as an excellent collaboration between Lisa Scheps of Ground Floor Theatre and Brian Cheslik of Deaf Austin Theatre that showcases a time-travelling romp.

Episode 2 of Fresh Takes is streaming for free until September 15 at www.gilbertsullivan.org.

Available online free of charge at www.gilbertsullivan.org until September 15, 2021 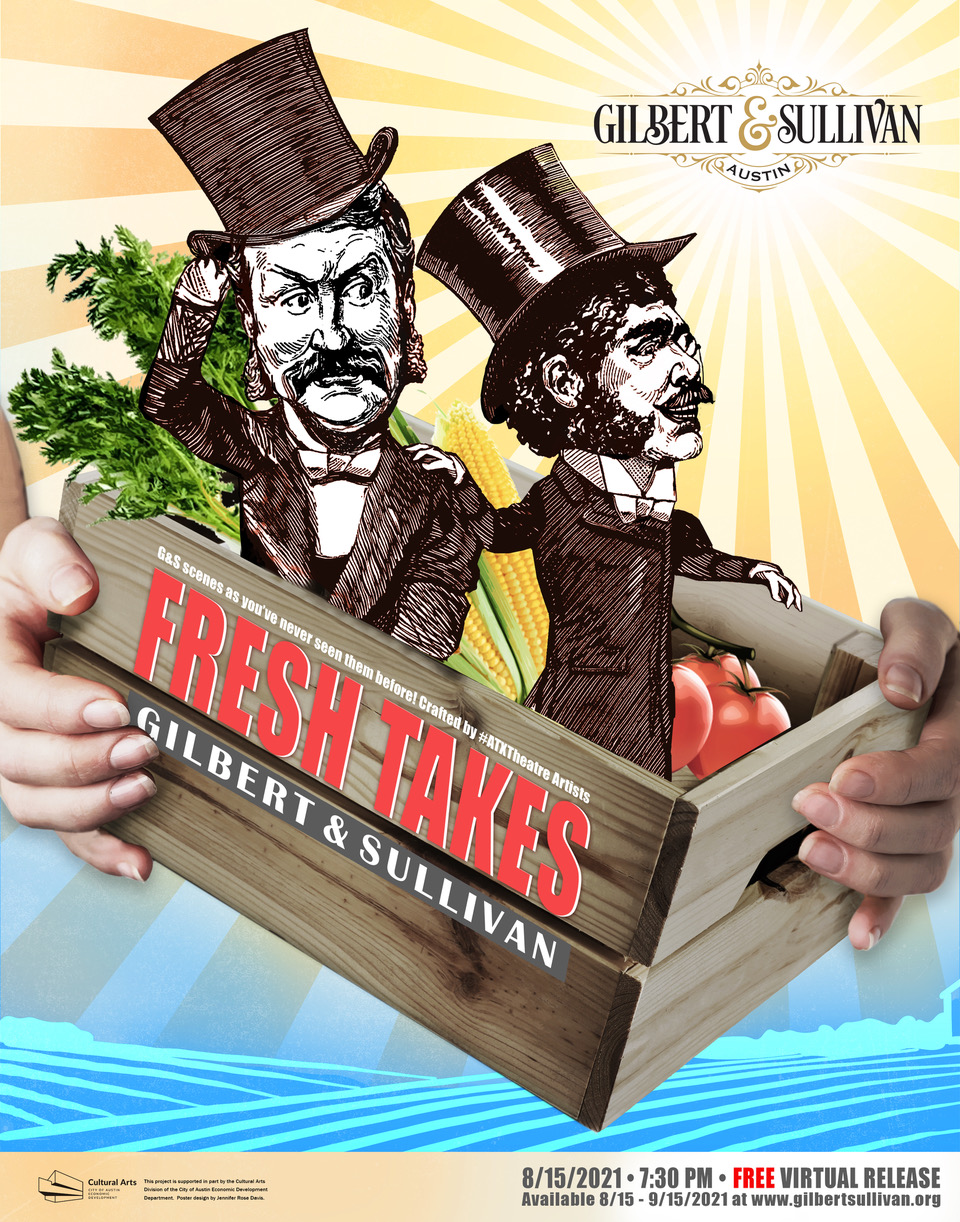