by David Treadwell
Published on September 25, 2021

In FRESH TAKES some of your favorite cultural signposts have been moved a bit or translated to allow your neighbor to find the way through the delicious works of Gilbert and Sullivan. These bulwarks and frailties aren’t just nineteenth-century English, they are universally human.

The Fresh Takes on Gilbert & Sullivan project now streaming online offers food for thought. Opera can be a journey on which we members of a community travel together with the characters for a shared experience. Often, what keeps us as opera lovers on the journey are cultural references found in the words and music that act as road signs. Some of the most joyous moments come when we recognize the signs of shared experience, …

Episode 2 of FRESH TAKES certainly hits the mark and is a wild ride from start to finish. I don’t want to give away too much—this is a show you must see for yourself!

In 2019, Gilbert & Sullivan Austin was preparing an adaption of The Mikado in which they transferred the setting from Japan to Scotland. They had assumed when doing this a great deal of the of the libretto would have to be changed. To their pleasant surprise, fewer than twenty lines needed to be altered. This happy accident led them to conclusion that the works of the famous Gilbert and Sullivan team were just as … 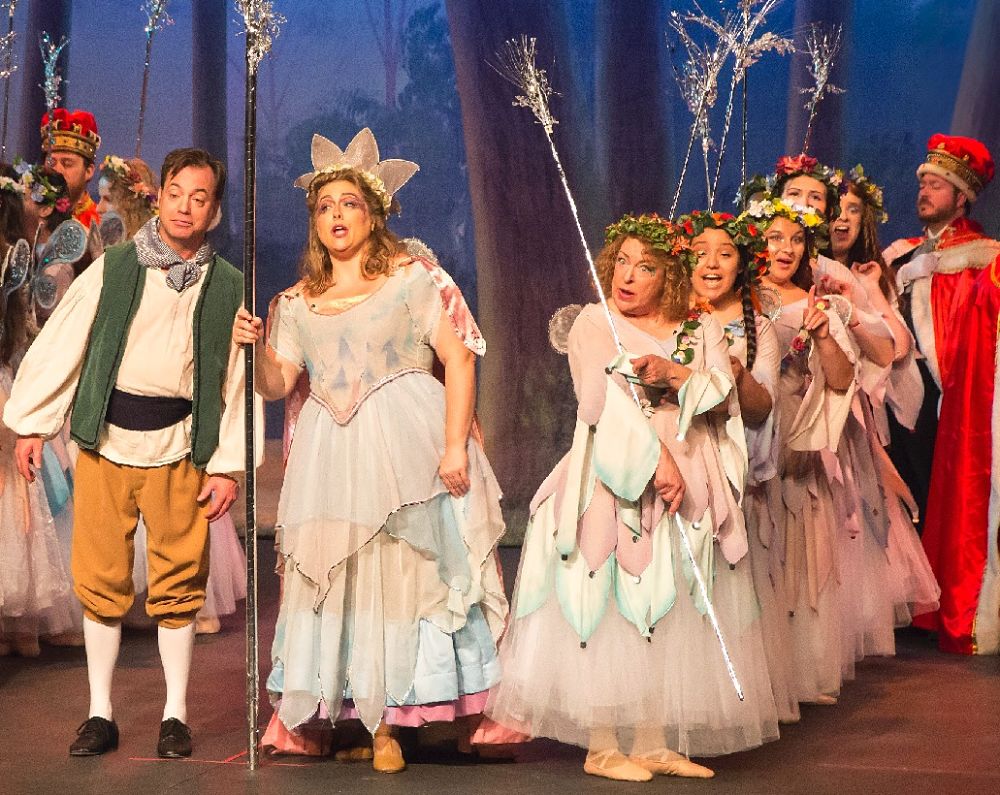 The people of Gilbert & Sullivan Austin take their G&S very seriously. So it may seem surprising that GSA would present Iolanthe (eye-oh-LAN-thee), the acme of silliness and illogic, as the peak of their season. But after attending the performance, one finds, curiously, that the combination of deadly serious high quality production and fairy-dusted, droll English high jinks, time-warped out of the nineteenth century, becomes a welcome antidote to a crowded Austin theatre season and a … 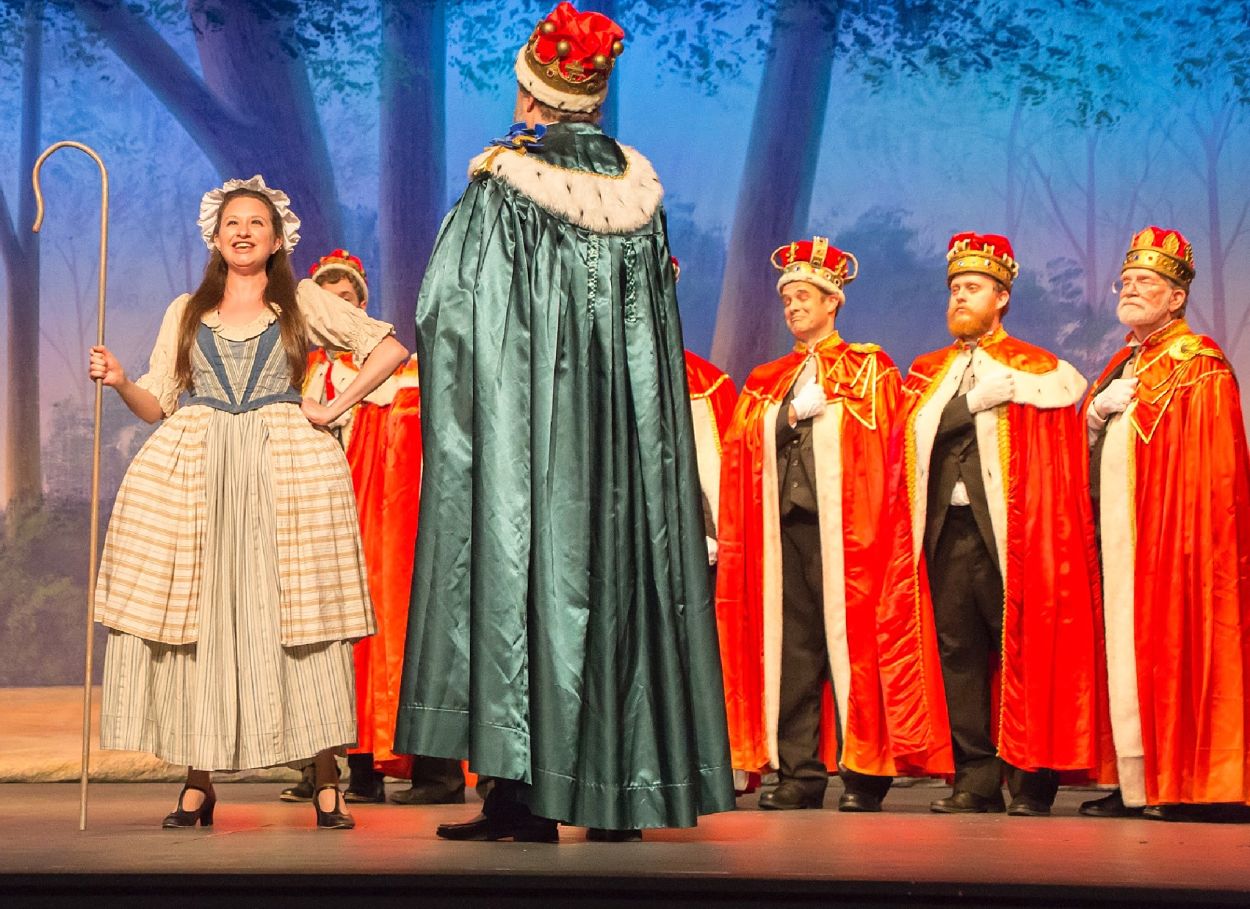 Whether you're a veteran or a newcomer to the work of Gilbert and Sullivan, you won't find a better or more accurate production of their IOLANTHE in central Texas.

Iolanthe, pronounced "I Oh Lon Thee," is a comic opera by W.S. Gilbert and Arthur Sullivan about the trials and tribulations of Strephon (who is half fairy and half mortal), his mother the fairy Iolanthe (who has been banned from fairyland for marrying a mortal), and Phyllis, the girl he loves. It is one of fourteen operettas for which Arthur Sullivan wrote the music and his creative partner W. S. Gilbert wrote the libretto. The … 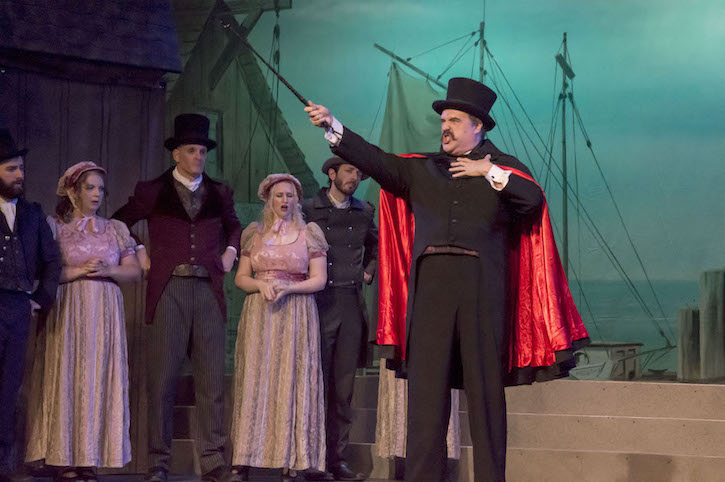 G&S Austin lays down a very smooth production of RUDDIGORE, with the advantage of recruiting probably the best singers in the Austin region. This year the star is tenor Danny Castillo.

Gilbert and Sullivan’s Ruddigore, or The Witch’s Curse, now playing at the Worley-Barton Theater at Brentwood Christian School off north Lamar Boulevard, sparkles as a well-produced and well-performed gem of light opera. The show is the yearly grand production of Gilbert & Sullivan Austin, a largish cabal of G&S fanatics under the control, barely, of Artistic Director Ralph MacPhail, Jr.  The music, as always, is under the superb direction of Jeffrey Jones-Ragona.     Known simply as Ruddigore, the light …

Review: The Pirates of Penzance by Gilbert & Sullivan Austin

The PIRATES OF PENZANCE works its magic gradually. After the stage fills with absurd stereotypical costumes garbing actors swaying to corny lyrics, one’s adult critical reserve caves in. After that, one drinks the kool-aid of Victorian light opera.

Gilbert and Sullivan Austin premiered its 2017 Grand Production of Gilbert and Sullivan’s The Pirates of Penzance on June 15, 2017.  The company offers one full production per year, to great expectations always, and it does not disappoint with Pirates.     The original production of The Pirates of Penzance took place in 1879 in New York City, not London. W.S. Gilbert, Arthur Sullivan, and their producer Richard D’Oyly Carte moved the production to New York …