GBS is at his best when he's throwing characters at one another, and this unexpected weekend in the country does just that. He pits the prosperous, self-satisfied merchant class against the drone-like aristocrats, petulant daughter against parents, the lasciviousness of the old against the real derring-do of a Polish adventuress, a practical wife against her straying but generous husband, and a desperate, impoverished clerk with a pistol against the whole edifice of money and class.

Set designer Ia Entsterä demonstrates her ingenuity in furnishing the cavernous theatre-in-the-round space of the Mary Moody Northen Theatre. The space before us is a drawing room in a country mansion in 1909, duly furnished with the usual furniture and bric-a-brac -- but crowned by a thrillingly large construction of hanging plants far above everyone's heads.  When floor space is precious, Ensterä takes theatrically to the air -- as do a couple of unexpected visitors, whose aeroplane comes crashing into the offstage greenhouse.

John Tarleton (David Stahl) started as a draper and now furnishes many of the ladies of Great Britain with their underthings. His son Johnny (Ryan Mattingly) now runs the business but remains in his father's shadow; his bored and impulsive daughter Hypatia (Aly Jones) yearns for a life less constrained and less boring, and she ardently pursues pilot Joey Percival (Alec Cudmore) once he drops in.  The tut-tutting Lord Summerhays (Michael Stuart) drops by, quite abashed by the behavior of his own very childish youngest son Bently (Trey Stoker), aka 'Bunny.' 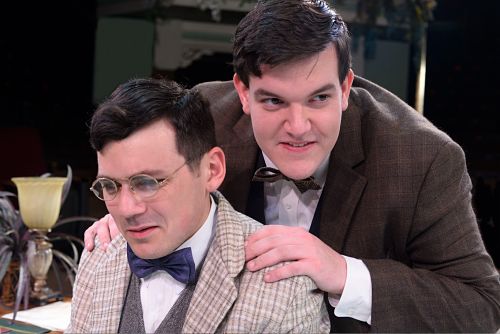 Misalliance is a wickedly comic send-up of men's pretensions, particularly the older generation that's ever eager to court fetching young women.  Tarleton has made a hobby, if not a career, of it, and the intruder with the pistol has a hysterical vision of making him pay for his offenses.  Shaw sets up most if not all of his characters to argue that their indulgences are quite human and harmless; Hypatia at one point points to the pilot of modest means and she appeals, "Buy him for me, Papa!" 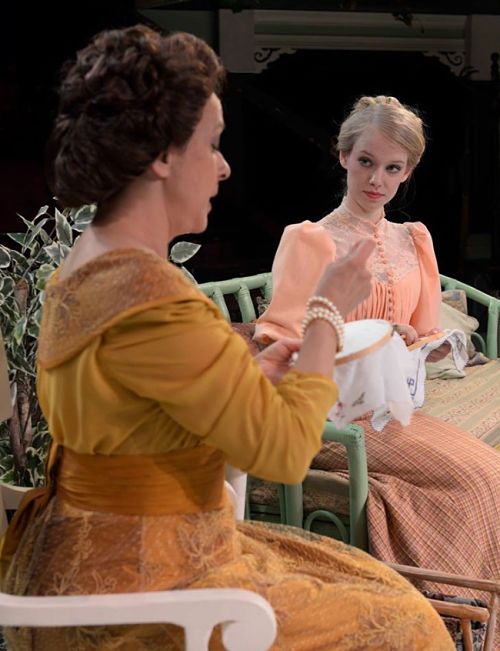 Shaw hasn't left these womenfolk defenseless, however. Sheila Gordon as Tarleton's wife has a non-nonsense approach to all this emotion past and present; and after her dramatic entrance in Act I, Polish acrobat Lina Szczepanowska dismisses all those male hormones as irrelevant although entirely due to her attractiveness and independence.  Maureen Fenninger's pseudo-Polish accent is rich and amusing in itself, and for St. Ed's students in  the audience see her the evident heroine of the piece and greet her dismissive declamations with spontaneous applause.

Stahl and Stuart have been at this Shavian estate before. They performed the same roles when Austin Playhouse performed Misalliance in 2010. They still fit the characters: Stahl is glib, self-congratulatory and apparently still thinks of himself and his character as eternally young, while Michael Stuart does that set of quizzical confusion and somewhat ruffled feelings that comes straight from his portfolio.

A contemporary audience won't be at all shocked by views that were provocative in the early years of the twentieth century. What's more rewarding ion this stage is the opportunity to see college-age actors enlivening the younger characters, all of them trying to figure out their own comfortable futures, unaware that a Great War is about to descend upon them. Mattingly has a assured no-nonsense baritone presence. Stoker as 'Bunny' has lots of fun playing the spoiled child but concentrates keenly on events throughout.  Jones as Hypatia plays a goose, although she's certainly not one as she leans forward hungrily to get what she wants. Jordan Mersberger as Gunner laments with the best of them but doesn't show quite a palpable a hunger and rage as might be appropriate here. . . that might be director Robert Tolaro's restraint.  After all, how tragic can one manage to be if one's entrance is in a bowler hat via a Turkish bath? 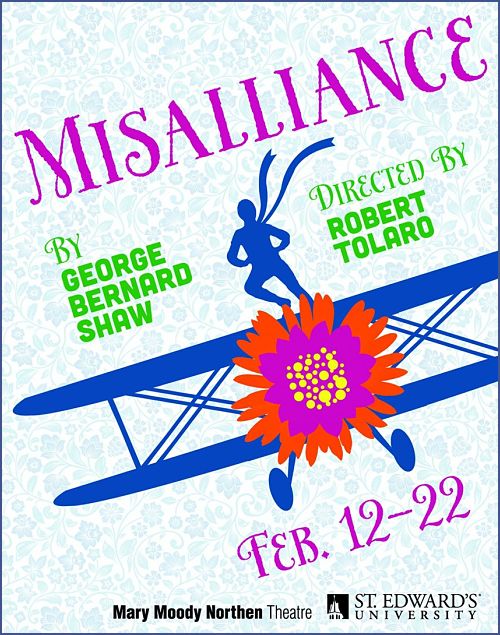