The Gondoliers. or The King of Barataria
by Gilbert & Sullivan Austin

The Gilbert & Sullivan Society of Austin presents its summer 2016 grand production of The Gondoliers; or, The King of Barataria. Nine performances will be presented at the Worley Barton Theater at Brentwood Christian School, June 16-26, 2016. All performances will have supertitles for dialogue and lyrics.

The Gondoliers  premiered at the Savoy Theatre in December of 1889. The twelfth of the fourteen collaborations by W.S. Gilbert and Arthur Sullivan, it showcases them at the height of their talents. The opera is a feast for the eyes, the ears, and the heart!

As GSSA artistic director Ralph MacPhail, Jr. takes a well-deserved sabbatical summer, Michelle Haché will serve as stage director in his stead. Michelle, winner of two B. Iden Payne awards for her G&S roles, is highly esteemed in the central Texas theatre community for her work both on the stage and in directorial roles. Jeffrey Jones-Ragona returns for his 19th season as Music Director. Bill Hatcher returns as Production Manager.

Set in Venice,  The Gondoliers possesses perhaps the most sparkling and tuneful music of any composed by Sullivan, and indeed provides the most dancing. Of all the G&S operas, The Gondoliers features the greatest range of choreography. Sullivan borrowed from France the stately gavotte, from Spain the cachucha, from Italy the saltarello and the tarantella, and from Venice the barcarolle.

Gilbert returns to his favorite theme of topsy-turvydom, and satirizes snobbery regarding class distinctions in society. By setting the work comfortably far away from England, Gilbert was emboldened to direct sharper criticism at the nobility and the institution of the monarchy itself.

As the opera begins, the audience is treated to the longest choral opening of any of the Savoy operas, with Venetian gondoliers and maidens setting the scene and playfully inviting us into their colorful world. Shortly, the young bride of the heir to the throne of the kingdom of Barataria arrives in Venice to join her husband. But he cannot be identified, since he was entrusted to the care of a drunken gondolier who mixed up the prince with his own son. As the King of Barataria has just been killed, these two young gondoliers must now jointly rule the kingdom until the nurse of the prince can be brought in to determine which of them is the rightful king. And that is only the beginning of the delightful complexity of the plot.

The Gondoliers. or The King of Barataria
by W.S. Gilbert & Arthur Sullivan
Gilbert & Sullivan Austin 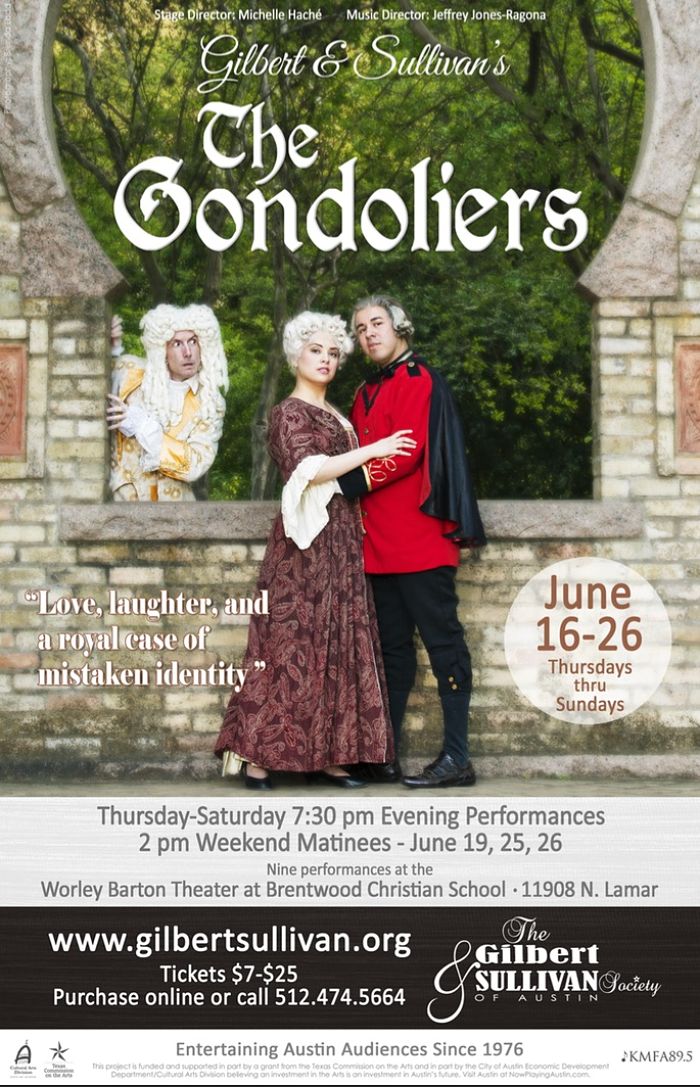 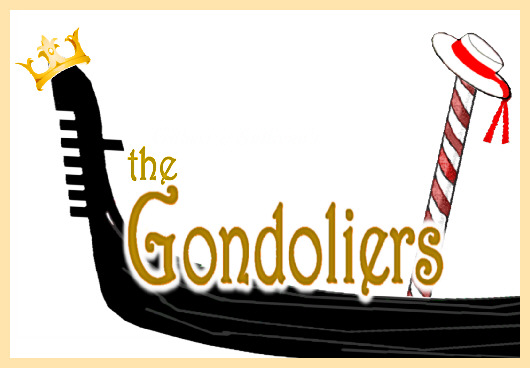