It Is Magic
by Capital T Theatre

CTX Live Theatre Review
Review by Robert Faires, Austin Chronicle Review by Ryan E. Johnson, Austin Arts Watch Review by I.B. Hopkins, Sightlines Magazine Review by Andrew J. Friedenthal
From the brilliantly twisted mind of Mickle Maher comes a new dark comedy that challenges the limits of the theatre’s magic while mashing up the curse of the audition, The Three Little Pigs and, curiously enough, Macbeth.
At a community theatre audition for a new adaptation of the Three Little Pigs intended for adult audiences, two sisters set out to try and find an actor to play the Wolf. As they struggle to find the right actor, they are quickly confronted with the darkness inside the audition room-- and themselves.

It Is Magic
by Mickle Maher
Capital T Theatre 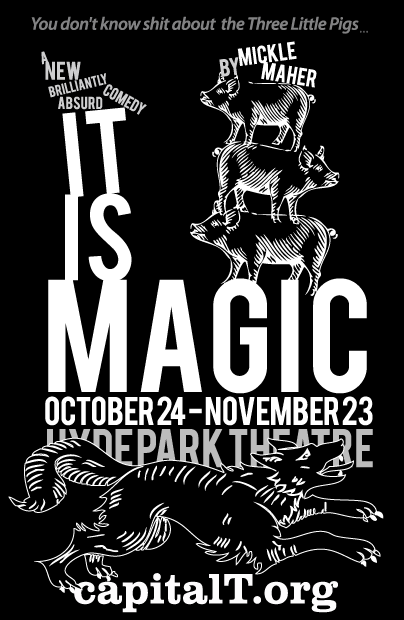