Review: A Midsummer Night's Dream by University of Texas
by Michael Meigs

UT calls the Oscar G. Brockett Theatre an "intimate space." They are speaking Texas institutional intimacy here -- only 200 seats, arrayed about three sides of a huge square playing space under 40-foot ceiling rigged with lights, catwalks, hoists and other machinery. And with a built-in audience from those 50,000 UT students and 16,500 faculty and staff.

When I arrived, all but breathless, 15 minutes before curtain time, I had to stand in a line of at least 30 persons in order to get one of the last seats. I hurried into the theatre, spotted a vacant seat or two on the far side of the playing space, and started to cut across the floor. That drew gasps and warnings from the crowd.

Hardly an auspicious arrival. I looked down and realized that the production staff had set out on the floor an intricate mosaic of thousands of paper scraps, and I had started to walk across their art.Back I went, abashed, along the sidelines.

A Midsummer Night's Dream is just about everybody's favorite of Shakespeare's light comedies. Director Paul Mullins, in his sound bite with KUT FM, speaks about the challenge of that -- half the audience will know the play extremely well and the other half will have no idea of the plot.

Advice for that second half of the audience: the stories are simple, the characters are easy to track, the comedy is broad and the magical convergence of the three worlds is satisfying. There's no real desperation here -- except for the set-up, in which the full-of-himself father, Egeus, demands that Duke Theseus allow him to put to death his child the fair Hermia if she refuses to accept as her husband the noble youth Demetrius.

Oh, Dad! Get a grip. Your Hermia is in love with Lysander, and your insistence is going to drive them both to elope, at night, via the enchanted forest where all those fairies hang out! And when Demetrius goes searching for her, he'll be followed by Helena, that ugly duckling who's in love with him.

Equally quarrelsome are fairy king Oberon and the fairy queen Titania. He commands his magic messenger Puck, known as Robin Goodfellow; she is attended by a swarm of lesser fairies.

And in this, the third corner, are the (original) rude mechanicals, the untutored group of skilled laborers who have decided to practice and put on a play to celebrate the Duke's wedding with Hippolyta, queen of the Amazons. 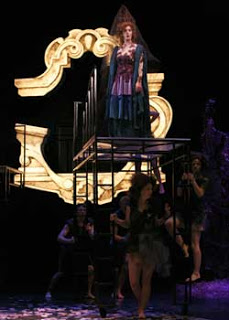 The action flowed smoothly and in spectacular fashion. The UT technical staff really knows its stuff -- costumes and makeup are superb, particularly for the magical beings, and the director and tech folks devised a sort of rolling scaffold that served variously as palace stairs, enchanted hillside, and fairy waystation. Fairy King Oberon and his minister Puck repeatedly flew down to us from the darkness above the catwalks. Abstract plastic draping behind the players transformed shape according to venue. The stage lighting, with rank on rank of gel-clad fresnels, floods, and spots, could nail our attention at will to any point in that wide, high space.

As action unfolds, that paper mosaic spread on the floor is gradually dispersed, converting our Athenian palace appropriately into a leaf-strewn forest at night.

We all had a good time. The actors were confident and funny, and the scrambles through the enchanted forest provided much laughter. 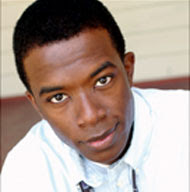 By far the most accomplished (accomplishéd?) in Shakespearean diction were the principals of the magic world. Tom Truss as fairy king Oberon, Kate deBuys as Titania his queen, and Shaun Patrick Tubbs (left) as Puck have the physical presence and assurance of gymnists or dancers, and in their fairy guise they're all very good looking. And they all knew how to wrap their mouths around Shakespeare's lines, to deliver meaning, character and poetry. 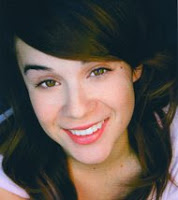 Their only equal in that regard was Xochitl Romero (right) as the fair eloper, Hermia. Romero, as Hermia, is angered, excited, eloping, prudish, abandoned, distraught, elated but then bewildered, finally triumphant, and then captivated by the actions of the play of the rude mechs. The action of the play turns upon Hermia, and Romero keeps her believable and fresh at every point in the progression.

Director Paul Mullins chose a cast entirely of actresses to portray the artisans -- Nick Bottom the weaver, Peter Quince, and the others who clownishly elaborate the play about tragic lovers of legend Pyramis and Thisbe. 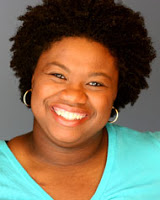 It's hard to imagine that there might be a shortage of males to take those parts. Mullins may have found the big, jovial La Tasha Stephens (left) so much larger than life that he decided to cast her as Bottom and to build around her. She was highly successful with the audience, giving the hearty, bossy, prating Bottom a kind of "Big Momma" treatment.

A thought experiment -- what if Mullins had instead cast her as Puck and Shaun Patrick Tubbs as Bottom? That might have stretched each of them.

There's a silliness in some of the directing that seems to be aimed directly at amusing a relatively young audience. Lysander's come-on to Hermia when they sleep in the woods was a smirking frat boy's approach to a hot date. And when the four lovers quarrel -- both men are magically entranced by plain-Jane Helena and scornful of the fair Hermia -- do we really need to have them all spitefully pulling off one another's clothing? Mind you, they are all beautiful in their underwear, and there's a funny moment when they're discovered asleep in a pile by Duke Theseus, the ultimate R.A. 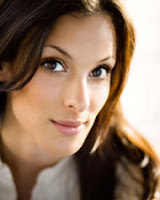 A special recognition, accompanied by a carnation, to Verity Branco (right) in her tiny role as Snug, the mechanical picked to play the Lion. Branco is really, really funny and really, really guilelessly attentive, every moment that she's onstage in that character.

Both halves of the audience were well entertained. And anyone else who makes the trip to 23rd and San Jacinto can have the same satisfactions!

Review in the Daily Texan by Aboubacar N'Diaye, November 19 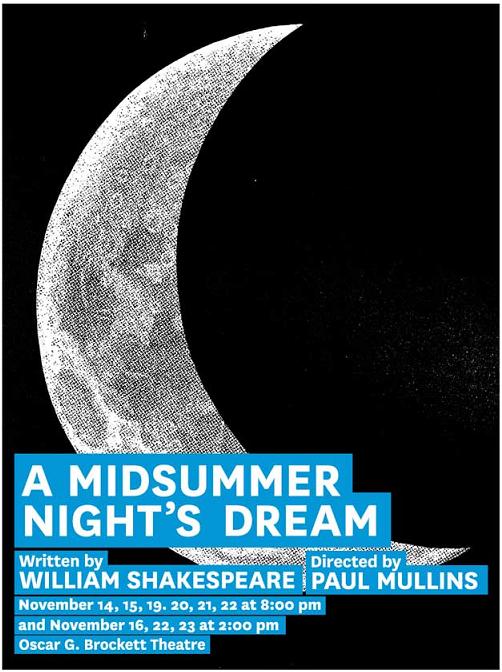