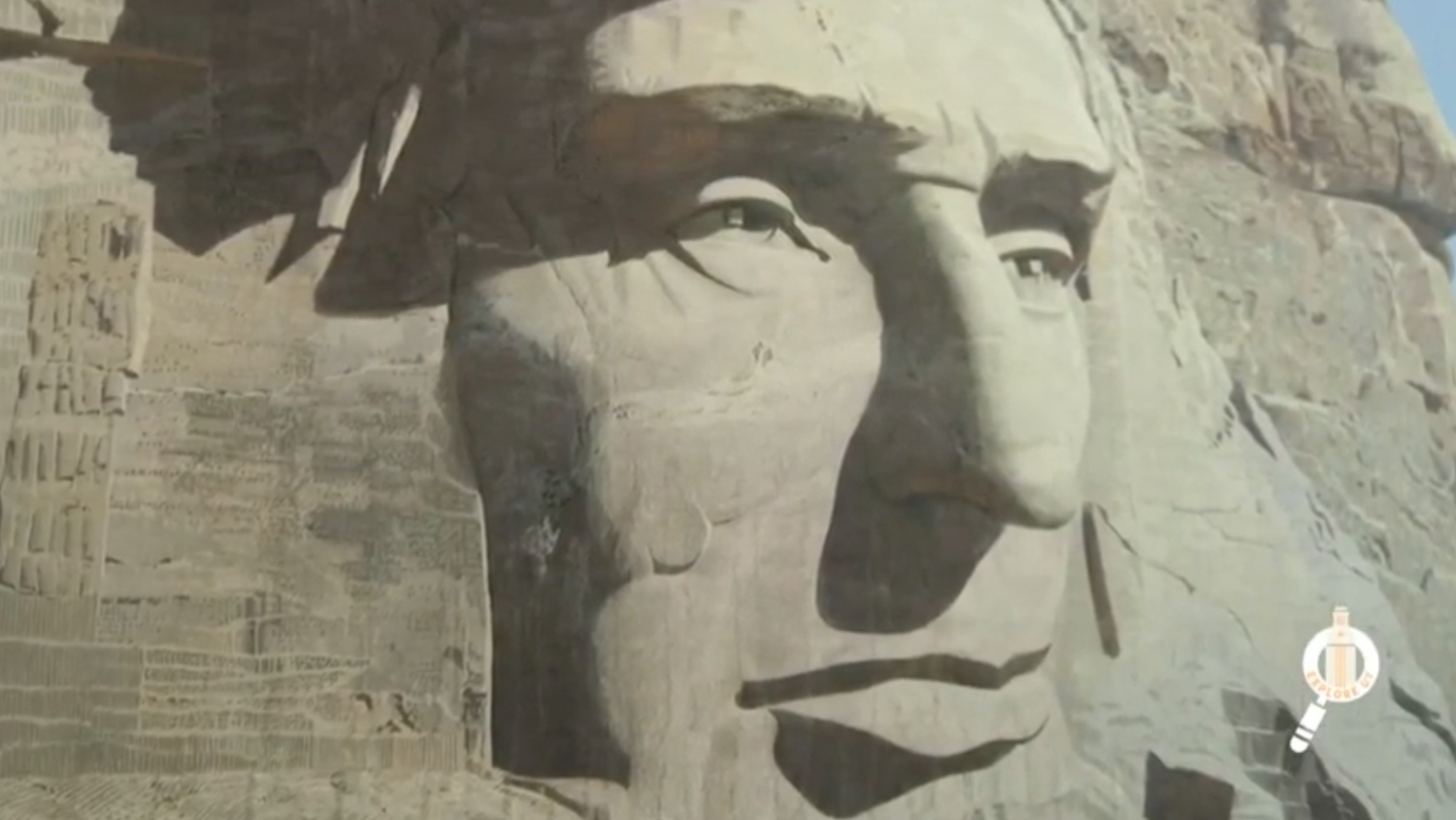 Review: Behind the Scenes -- The Art of the Hollywood Backdrop, Bass Concert Hall, University of Texas to April 18, 2021

This monumental mid-twentieth-century art form harkened back to the origins of painting, with the same vulnerabilities and ephemerality.

Camille Paglia, in one of her milder pronouncements repeated many times, said that cinema was the dominant art form of the twentieth century. Behind the Scenes: The Art of the Hollywood Backdrop, showing now at the Bass Concert Hall of UT-Austin’s Texas Performing Arts offers a striking, monumental affirmation of that insight. The show is a collection of huge painted backdrops measuring scores of feet high and scores of feet long and all dimensions in …

Hannah Kenah's comedy THREE SHITTY SONS speaks to the confused amazement that many millennials like me experience in their everyday lives.

Hannah Kenah creates an amusing portrait of life with three rambunctious sons who love the holidays but wish their mother would hurry up and just drop dead.  A  woman narrator introduces these “shitty” sons and their mom but also gives us background and perspective by evoking the boys’ dad and sister, both deceased. The narrator eventually steps into this dysfunctional family and marries the youngest brother. Kenah even takes the action into the afterlife and … 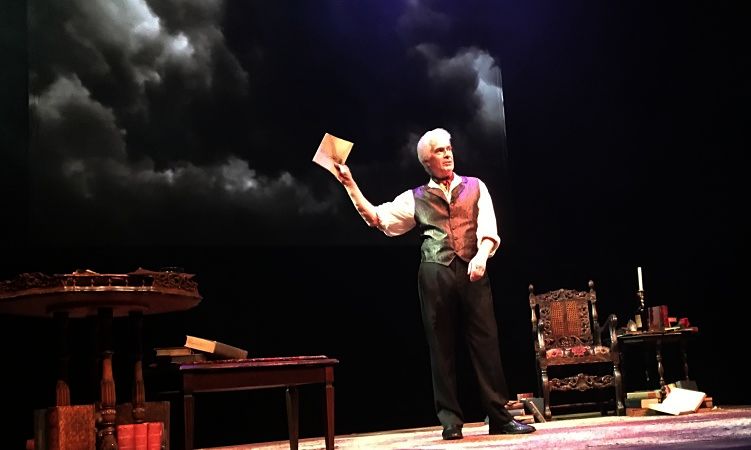 Review: A Shadow Among Strangers by University of Texas Theatre & Dance

by Michael Meigs
Published on September 18, 2016

Lucien Douglas could have captivated us even if he'd performed this piece out at the intersection of San Jacinto and 23rd Street. Razzle-dazzle em -- and let 'em know they've been razzle-dazzled.

Sometimes you just have to show them how it's done.   Lucien Douglas, professor of theatre at the University of Texas at Austin, has received plenty of acclaim: the College of Fine Arts award for excellence in teaching in 2012 and the UT Systems Regents' award for the same in 2014. His list of acting credits and theatre accomplishments, summarized in the program leaflet and on-line, would probably be as long as … 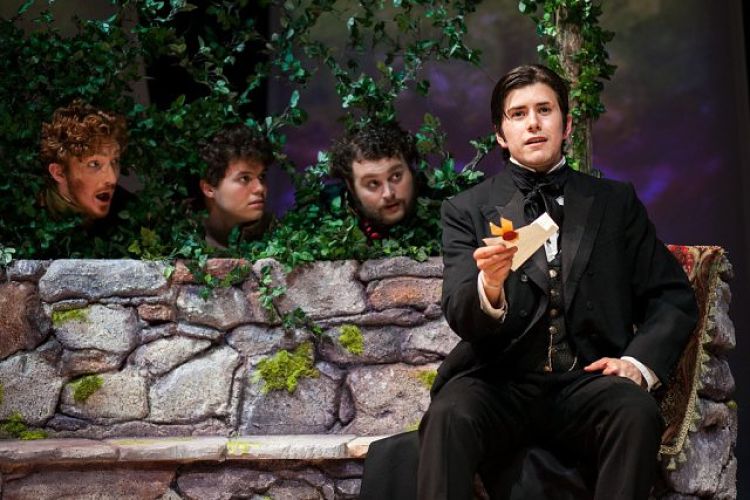 The clever vigor of UT's undergraduate actors in a design evoking magic and transformation provides an entirely satisfying Twelfth Night for devotees and newbies alike.

Traffic was at a near standstill at the University of Texas campus in Austin last Saturday half an hour before the opening of Twelfth Night. I had to take a circuitous route, commit myself to a long line ol cars waiting to enter the parking garage near Longhorns Stadium and fork over a $10 'event parking' fee. But not because of the production at the 244-seat Oscar Brockett Theatre at the UT Department of Theatre … 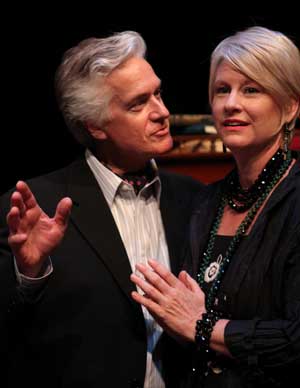 Review: The Cherry Orchard by University of Texas Theatre & Dance

by Michael Meigs
Published on September 24, 2011

The acting in the piece is strong, a fact that gives one an ever greater wistfulness in the 'what if' realm.

What was Brant Pope thinking?   That's not just a curmudgeonly expostulation.  AustinLiveTheatre has an affection for alt-versions, augmentations and re-interpretations of the classics.  Relatively small audiences have benefited from the Shakespeare riffs of the Wondrous Strange Players, their antecedent Austin Drama Club and the annual inventions of the Weird Sisters Theatre Collective.  ALT applauds the current Hedda roll -- two modern language versions of Hedda Gabler from Palindrome Theatre, the SVT's Heddatron and The Further Adventures of Hedda Gabler, … 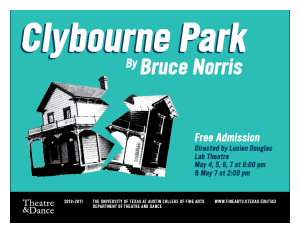 Clybourne Park is horrible and funny and deadly accurate about the psychological transformation of America.

Clybourne Park was here and then gone, a self-combusting event that deserved a far longer run in this town -- or anywhere else, for that matter.   The UT Department of Theatre and Dance had seized upon plays by Bruce Norris of Chicago's Steppenwolf Theatre for MFA end-of-term showcase productions at the Lab Theatre.  Norris' 1994 The Pain and the Itch directed by Lee Abraham  played five times in the last week of April in that modest, …