This masterful thriller centers on a mysterious doll smuggled across the Canadian border when a strange woman persuades unsuspecting Sam and his blind wife Susy to take the doll with them. When the woman is murdered, a sinister con man and two ex-convicts trace the doll to the couple’s apartment, and a deadly game of cat-and-mouse ensues, as Susy turns off the lights so everyone plays by her rules.

Wikipedia:  Susy Hendrix is a blind Greenwich Village housewife who becomes the target of three con-men searching for the heroin hidden in a doll, which her husband Sam unwittingly transported from Canada as a favor to a woman who has since been murdered. 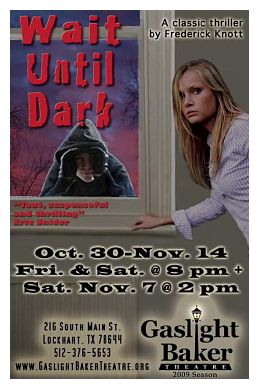