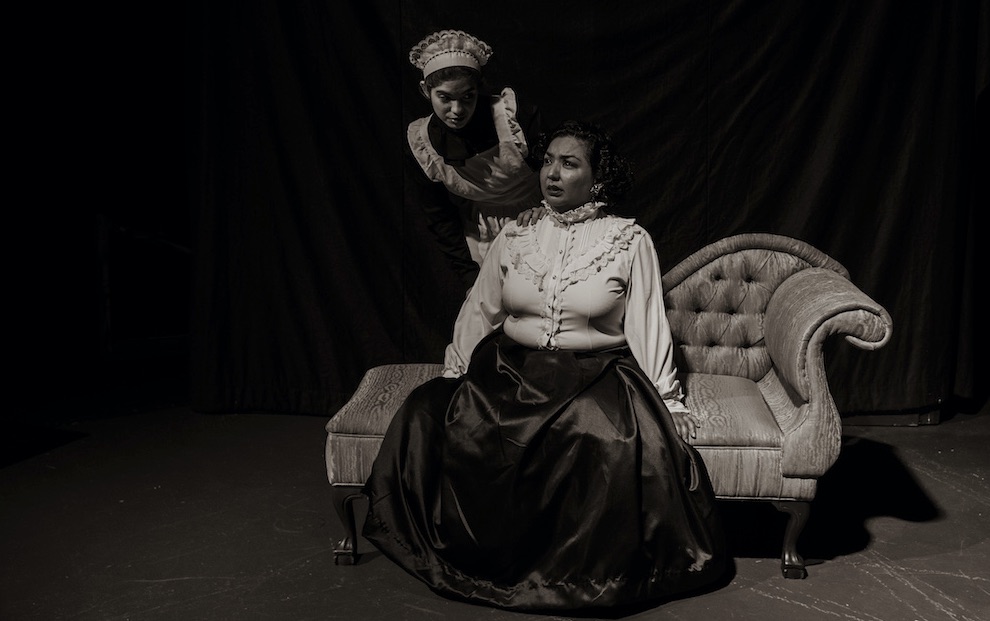 The accents, contemporary music, and occasional sharp modern dialogue in THE MOORS are bracing and hilarious. This cast is gleeful and deft in establishing the button-up Victorian conventions and then punching them in the face.

The “merciless strength” and delightful absurdity of The Moors

The English moors are both the setting and a brooding character in the gothic writings of the Brontë sisters, Charlotte, Emily and Anne. Their 19thcentury fiction defined dark and stormy literary tropes made more compelling by having come from the imaginations of isolated young women living with a brother, aunt, and maid on the edge of the moors. 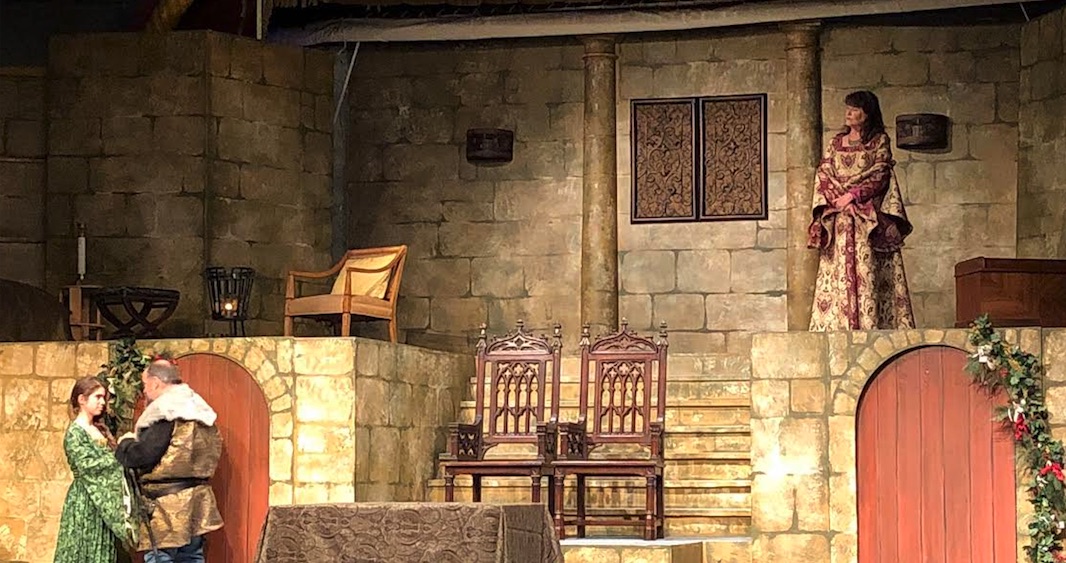 Review: The Lion in Winter by Gaslight Baker Theatre

The Gaslight Baker production of THE LION IN WINTER offers an intimate tale on an epic set; this is story telling of demanding engagement, all the more rewarding for the challenges it presents.

Over the past decade of theatre watching in Central Texas, I've seen that truism confirmed again and again. The current production of James Goldman's The Lion in Winter at the Gaslight Baker Theatre, just off Lockhart's central square, is another example.

There's a lot of 'great' to it, and not in the casual American sense of the word. Goldman's script took ... 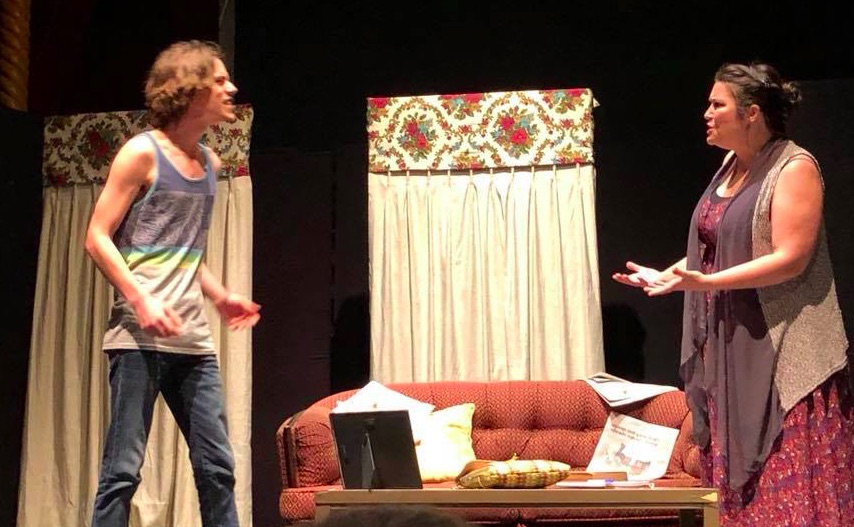 The many laugh-out-loud moments in the GBT's production alternate with “oh no!” exclamations from the audience as suspense builds. It’s a beautiful telling of a modern tale of love with a message: home is indeed where the heart is.

Becky’s New Car at the Gaslight Baker Theatre in Lockhart is a beautiful blend of comedy and tragedy. This production takes you gently by the hand and guides you down a winding, heartstring-pulling path of “what ifs.” From the moment the lights come up, Becky Foster invites you to observe her life and hear her story. Throughout it she silently pleads that you not judge her choices too harshly. 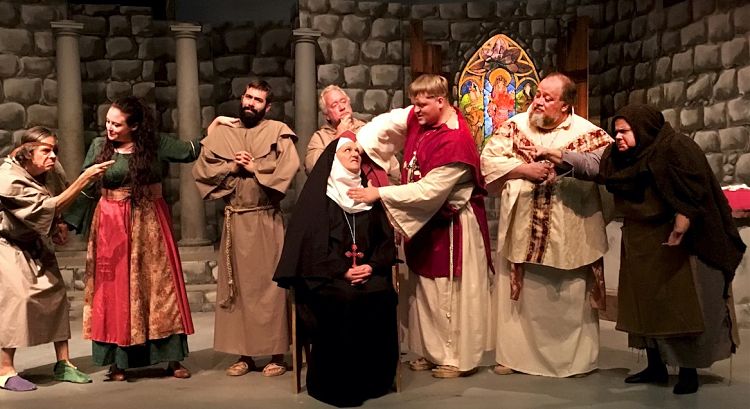 Equal parts satire and soul, INCORRUPTIBLE at the Gaslight Baker Theatre in Lockhart will renew your faith in the transformative power of theater. And belly laughs.

Billed as “a dark comedy about the dark ages,” Incorruptible seemed sure to be some amalgam of Mel Brooks’ History of the World Part I and Umberto Eco’s The Name of the Rose. But the latest production at the Gaslight-Baker Theater in Lockhart is neither nonsensical nor ominous. This nimble prodution is delightful. And improbable, set far from our modern reality yet landing right where we live.

Incorruptible by Michael Hollinger is ... 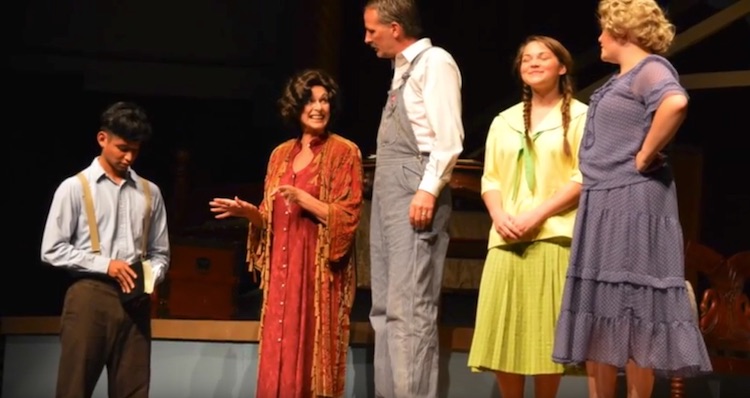 by Michael Meigs
Published on September 01, 2015

If Foote can be compared to Chekhov, as director Nina Bryant suggests, then certainly the Gaslight Baker Theatre Company itself can be seen as containing and preserving all the character types and primal memories of a simpler Texas society.

Horton Foote tells quietly intimate stories set in the vast space of memory that is small-town Texas. That stretch of storytelling is nicely captured by the set and the surroundings of the Gaslight Baker Theatre in Lockhart. Talking Pictures reveals itself on a set of large plaforms standing in vast empty space, with the proscenium of the theatre-turned-movie-house-returned-to-theatre arching behind the notional outline of a house in east Texas. 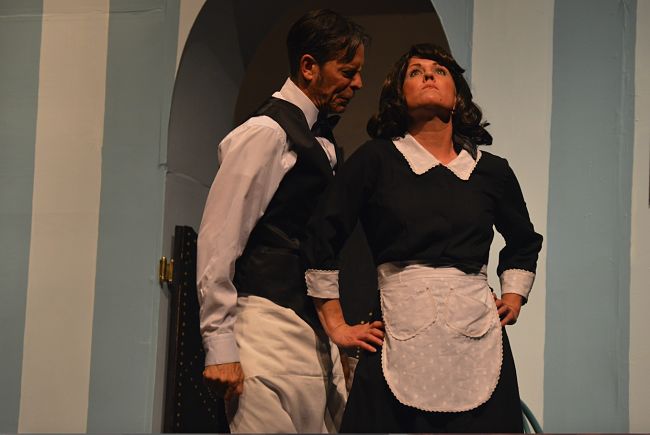 The plot is frothy and the characters broadly drawn, a satisfying blend of tragicomedy and slapstick, plus food for thought about life, sex and long goodbyes.

At center, Michael Hollinger’s An Empty Plate in the Café du Grand Boeuf celebrates the joys of appetite, the mysteries of attraction, and what makes a manly man, with a generous helping of the absurd and homage to Ernest Hemingway.  The opening night production at the Gaslight-Baker Theater was a feast, served by a nimble cast under the direction of Robyn Gammill.

The story unfolds in 1961 in a Paris restaurant owned by ...