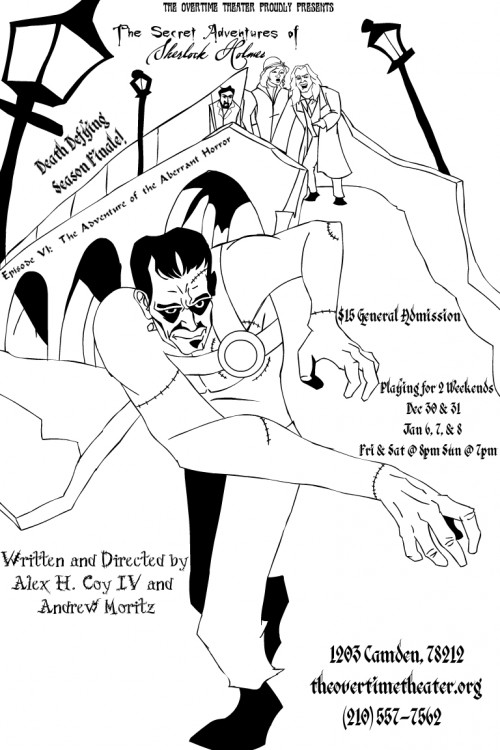 Season 1’s dramatic conclusion is at hand!  Bear witness to the death defying finale, premiering New Year’s weekend!  Professor Moriarty and Nikola Tesla have re-animated the Artful Dodger’s corpse, creating an aberrant abomination that needs dealing with.  Meanwhile, a desperate Dorian Gray pleads Watson to help him flee the clutches of Countess Cagliostro, who has her eyes set on his portrait.  The game’s afoot in this thrilling tale of tragedy and terror!

Don’t miss the event of the season as The Secret Adventures of Sherlock Holmes and Queen’s Castle wrap up 2016 in a back to back double feature.  Then stick around for the Overtime’s New Year’s Eve Wrap Party.

Ages 17+ due to mature themes