The Journeymen and Womyn with a Y
by Overtime Theater

Muldoon loves Chris and Stevie loves Katherine, but Katherine loves Dave and Satan loves no one. So they all join a suicide cult. Meanwhile everyone is hanging around for the big Russian Roulette Tournament with the most uninteresting man in the world and the SuperPope in this absurdly dystopian play.

The Journeymen and Womyn with a Y by Mike Wirsch, a premiere at the Overtime Theatre 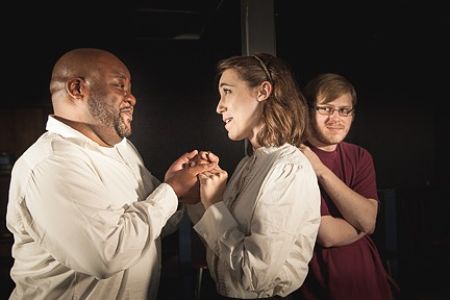 Mike Wirsch is a performer, writer, improvisor, trombonist, former Korean denizen, and genuine human being.  He performs with the musical improv team Good Catch as well as with improv teams Sex Milkshake and Tony Danza's Thought-a-Day Calendar; functions as the Astoria Food Critic; acts as Marketing Director for BIG Theatre Company; and generally experiments within the realm of the arts.  The Journeymen and Womyn With a Y was conceived on a South Korean island.  Mike was not, but he hopes you enjoy the show. Love to Overtime. Love to Katy. www.mikewirsch.com.  http://www.mikewirsch.com

Liz Vermeulen has been performing for most of her life and holds a degree in theater education from St. Edward's University.  She first performed at the Overtime Theater in the 2009 production of The Brain That Wouldn't Die.  The Journeymen and Womyn With a Y is her first directing project at the Overtime Theater.  She couldn't be more excited to be working with such a stellar cast for this awesome show. 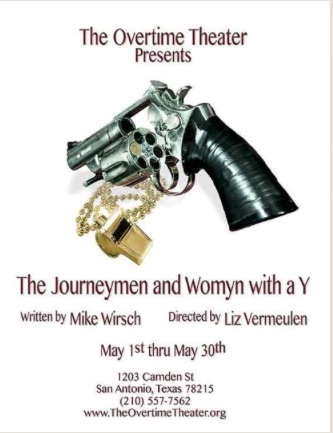