"Drawer Boy" as in "the one who draws." After ten years, we're bringing back one of the most popular and critically acclaimed shows HPT has ever produced. That 2004 production won Outstanding Drama from the B. Iden Payne Awards and Outstanding Comedy from the Austin Critics’ Table--yes, it's that kind of show.

It's 1972, and two middle-aged Canadian farmers encounter an eager young actor whose theater collective is writing play about farming. One farmer is stern and curmudgeonly; the other's war injury has cost him his memory. They share secrets from the boy and from each other. Hilarious, surprising, and infinitely moving. 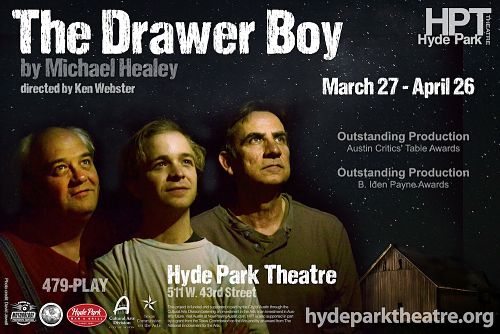 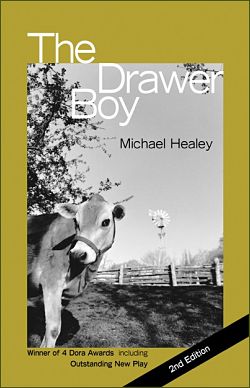