On Feb. 6-7, 2016, the company returns to its home base at the Charline McCombs Empire Theatre downtown to present Mozart's “The Abduction from the Seraglio,” updated as an episode of the original “Star Trek” TV series. The English libretto and lyrics (which include a bit of Klingon, too) were written by Opera Pacific Project artistic director Josh Shaw, who will direct the Opera Piccola production.  -- Express-News, June 5, 2015

Mozart’s tale of two men rescuing their kidnapped girlfriends from a harem, has become an episode of “Star Trek,” with the Enterprise crew, Klingons, slave girls and lots of fun.

Sung in English with a new translation by Josh Shaw, the production celebrates the 50th anniversary of Star Trek.

The original story of the opera revolves around an attempt by the hero Belmonte/Captain James T. Belmonte (tenor Brian Cheney) and his servant Mr. Pedrillo to rescue his girlfriend Lieutenant Constanza who has been kidnapped by the Pasha (Ottoman empire governor) Selim/Chancellor Belim along with her servant Blondie. In collaboration with Pacific Opera Project.

Sung in English with Full Orchestra 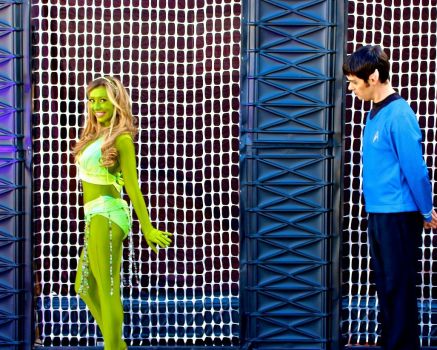