Santa the Conqueror
by Overtime Theater

Christmas time approaches and the Earth is abuzz with the holiday cheer.  But the forces of Mars have done something dastardly ... they kidnapped Santa Claus!  Stolen from the North Pole and whisked away to Mars, Santa finds himself enslaved by the power hungry Martians.  But they did not count on one thing:  Santa fights BACK.  Coming this December to the Overtime Theater, Santa the Conqueror is a Christmas comedy like no other. 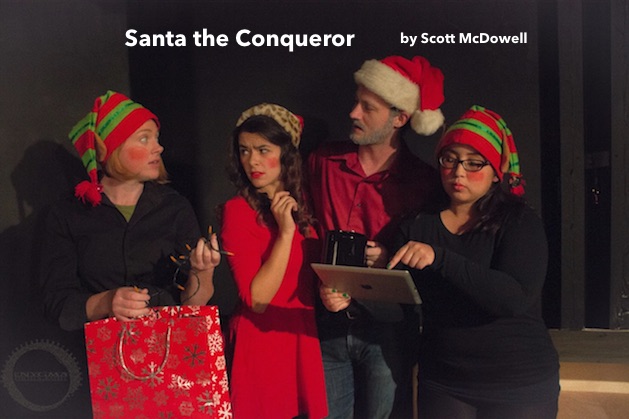