One Down
by Overtime Theater

Owen, a professional dog food taster, is in a rut after losing his mother. His only friends are Beth, his mother’s ninety-two-year-old former nursing home roommate, and Herman, his wry kibble eating co-worker. Things change when he begins having strange, exhilarating dreams about a woman who seems to be very real and his key to a better life. His insane quest to find her coincides with end-of-life decisions for Beth in this quirky story about love and moving on.

One Down
by Mike Poblete
Overtime Theater

In the Little Overtime Theatre. Details at www.theovertimetheater.org 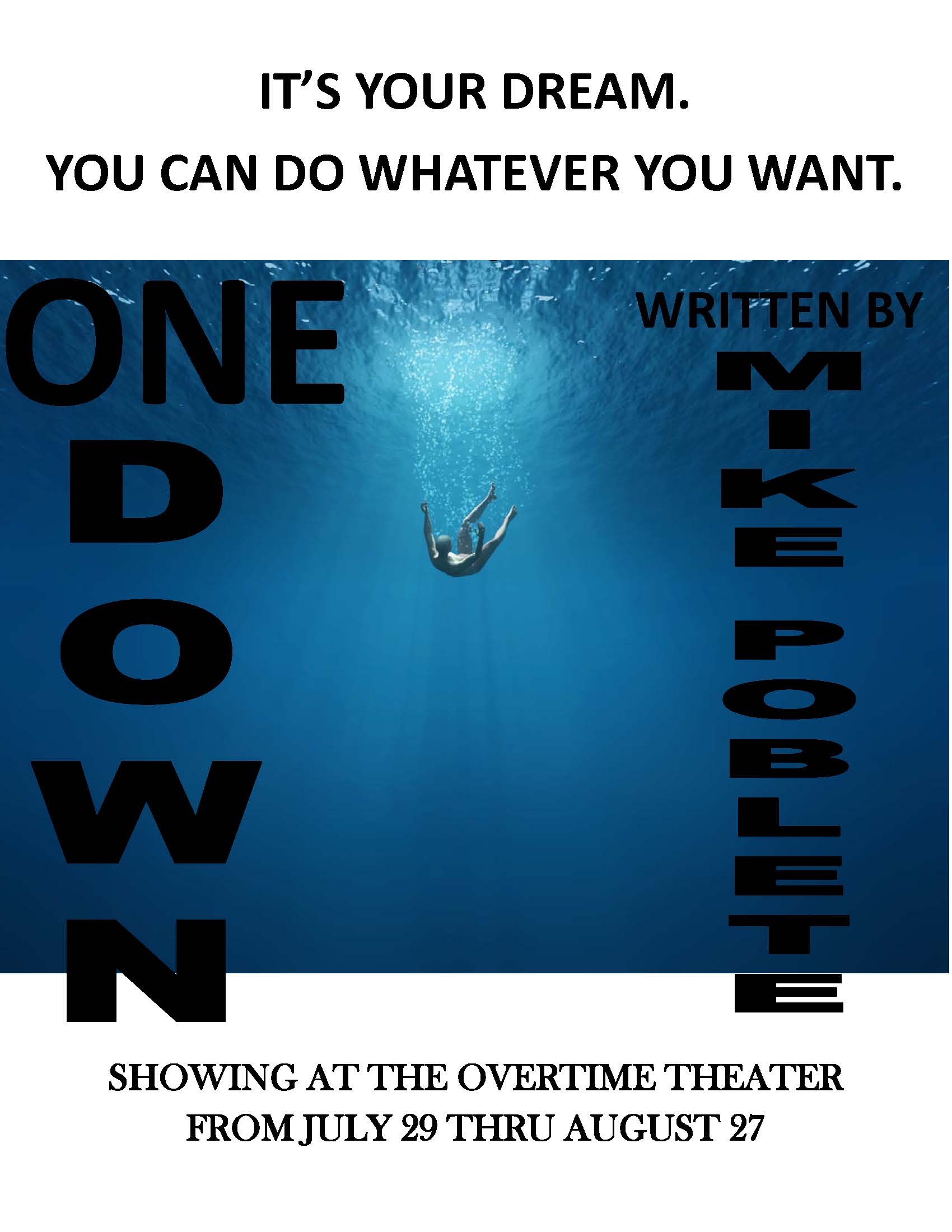