Welcome to The Chateau Le Shadow! A lush establishment nestled in the mountains of England. When a group of strangers are brought together at Chateau Le Shadow mysteries arise and bodies drop dead. Come to the Overtime Theater to experience a theater experience where YOU, the audience, can pick the course of the play and see up to four possible endings each night! A choose-your-own-adventure style murder mystery play just in time for Christmas - when we all really need it.

Scott McDowell is a board member of the Overtime and has been involved in its productions since 2006. He is the author of multiple plays and series, including Queen’s Castle, The Adventures of Captain Cortez and The Tri-Lambda Brigade and Port Cove.

Emily Fitzgerald was born and raised in Oklahoma and fled across the Red River as soon as possible, obtaining her BA in Drama from Trinity University (1995). After several years defining the term "slacker" in Austin, and eventually working on a feature film best described as a terrible prom night movie, she moved on to the University of Wisconsin-Madison where she got an MA in dramatic literature and met her husband. Then were the dark years she spent in law school, graduating from St. Mary's University School of Law and passing the bar (2003). Practicing law only convinced her that theatre really was where her heart lay and she taught high-school Drama and English for six years. That foray into educational theatre over, she conceived of The Southwest Association of Literary and Dramatic Artists (SWALDA) and serves as one of its Executive Directors. Emily previously directed The Professionals at the Overtime earlier in 2014.

Tickets can be purchased online at www.theovertimetheater.org. 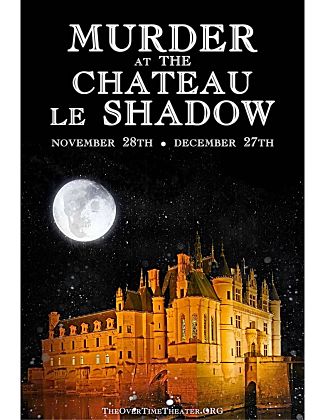