In One Take!
by Overtime Theater

Hollywood, 1915. Max is a studio boss who is about to become an ex-studio boss. But he’s still got the hottest actress in Hollywood under contract for the next 10 days and he’s got a surefire plan to save the day.

All he has to do is get his actress and her ex-husband together to play Romeo and Juliet and pull it off with the 20 minutes of film he has left. What could go wrong?

The second offering of the Overtime’s 2015 season, IN ONE TAKE! is a fast paced comedy that’ll keep you rooting for the impossible. Written by Martin Follose (an Oregonian and one of only three non-locals whose work will appear on the Overtime stage this year), it will be directed by Regina C. Schneider. The show will run from January 30th to February 28th, 2015.

Martin A. Follose had never stepped on a drama stage until after his third year of teaching (over 30 years ago) when his principal forced him to be the drama advisor. It didn’t take long before he was hooked and soon after he began writing plays and musicals for his students. Presently, he has his plays and musicals performed around the world with two of his plays translated to another language. Martin has been a performing arts teacher at a small school in Southern Oregon for 35 years. He has taught band at the elementary, junior high and high school levels and is also the drama advisor for the high school. Currently he is semi-retired, teaching only high school band and drama, giving him more time to write. He is also the director and founder of JUST US, a musical troupe from his high school that entertains elementary students with music, acting, and general craziness. JUST US has performed throughout Pacific Northwest and Hawaii. Martin is also heavily involved in the Umpqua Actors Community Theater (UACT) in Roseburg, Oregon where he is on the board of directors.

Regina C. Schneider earned her degree in Theater Arts from the University of the Incarnate Word. She is a veteran of the Entertainment Department at Fiesta Texas where she was the Swing Stage Manager. She joined the Overtime Theater in 2013, and has stage managed multiple productions including Queen's Castle, Murder at the Chateau le Shadow, Port Cove, and Night of the Living Dead. She was one of the Assistant Directors for this fall's production The Beasts of Baverly Grove. Outside of the theater, she has an additional Bachelor of Arts in Political Science from UTSA. She was recently elected to the Board of Directors of the Overtime Theater.

In One Take!
by Martin A. Follose
Overtime Theater 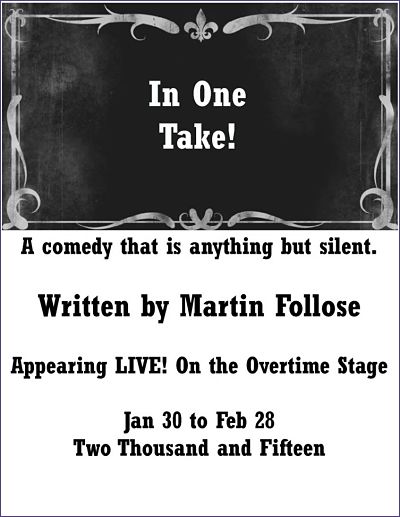 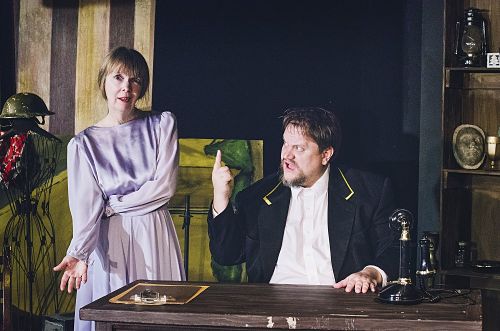 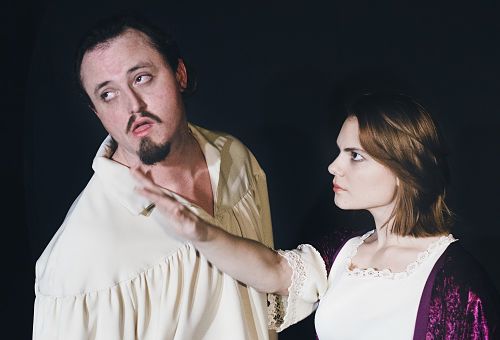