How to Play the Game
by Overtime Theater

An original musical. A thrilling love story with a gamble. How To Play The Game is set in the almost fairytale locale of New Orleans, although our tale is anything but fantasy.  A young gambler, Grant, lured by a poker tournament, leaves his wife, Gwen, to go off into The Big Easy.  Following a cunning and handsome city slick to Big Daddy Shaw's Casino, he meets the villainous yet fabulous Shaw (played by Dino Foxx) and the gorgeous showgirl Emma.  Tempted by the city, the game, and the girl, Grant risks everything to win it big.  Does he win?  Does he stay true to Gwen?  Does he make it out of Shaw's grasp alive?

Robert Barron has been involved with the Overtime since 2008 and is a local accountant.   This is his second play and first musical.  Jules Vaquera is a long-time member of the Overtime Theater Company.  These days her passion lies in producing The Overtime Cabaret and leading the Cabaret band which can be seen the third Friday of every month.

Stephan Gaeth is the owner and operator of the Uptown Studios and has been a dancer and dance choreographer for all of his life.  This is the first play he has directed.

Fridays and Saturdays at 8 p.m., some Thursdays possible. 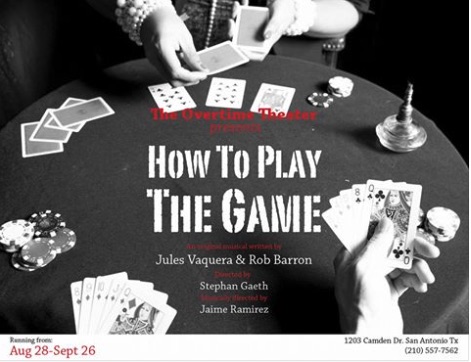 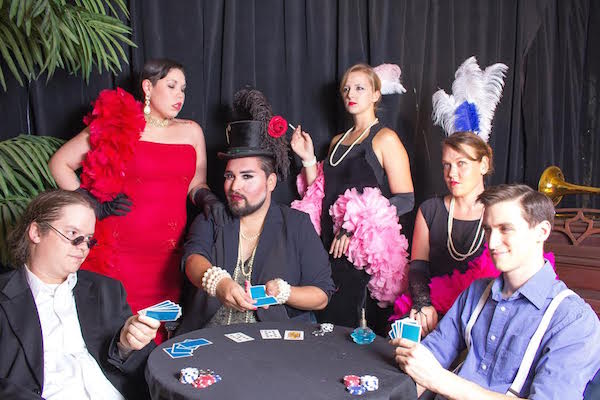