Creatures of the Night
by Overtime Theater

Every darkness has its monsters... and its heroes.

Creatures of the Night is a noir-style mystery that follows a private eye as she tries to navigate the maze of torments inflicted on her and her allies as they face the very real monsters in their midst.  We meet Detectives Valentine and Dandy at their usual coffee shop haunt and the play introduces us to the other people who populate their world – a police detective, a newbie reporter, a damaged secretary, and several unsavory characters – as that world turns ever darker. 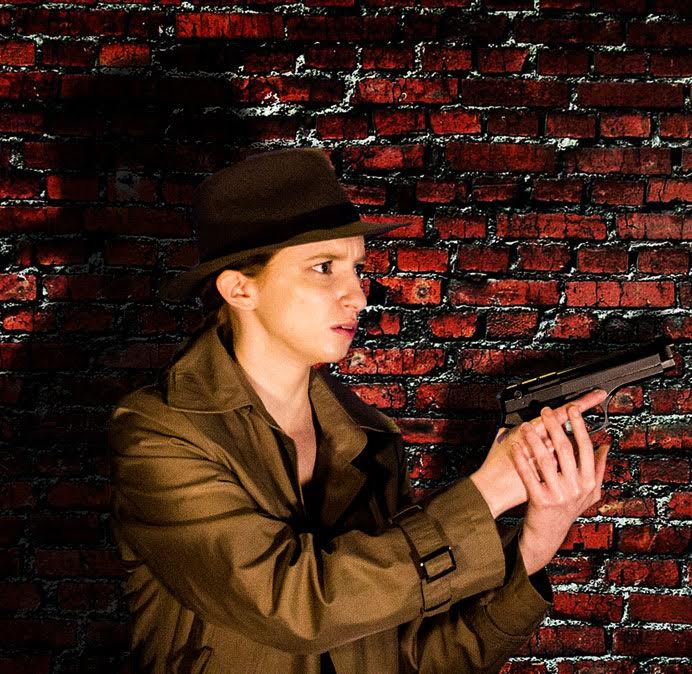 Emily Fitzgerald is the Executive Director and co-founder of The Southwest Association of Literary and Dramatic Artists (SWALDA) and the Promotions and Communications Director of The Overtime Theater.  She is a graduate of Trinity University (BA 1995), The University of Wisconsin-Madison (MA 2000), and St. Mary’s University School of Law (JD 2003).  Past favorite directing projects include And Then There Were None; 12th Night, or What You Will with her “kids”; Julie, a full production by SWALDA, written by William M. Razavi; and The Professionals (William M. Razavi), Murder at the Chateau le Shadow (Scott McDowell),and A Numbers Game (Emily Fitzgerald)at the Overtime.

Creatures of the Night is a passion project and well over a year, all told, in the writing.  “I am fascinated, like many of us, with monsters and the easiest way to work out that fear is with fiction.  I am also an obsessive mystery reader and being able to bring elements of some of my favorite detectives, especially J.D. Robb’s Eve Dallas, together and imbue them with life my own way was an irresistible opportunity.  Writing a mystery, that leaves clues that hopefully will only be seen in retrospect, but do lead to the answer, was a new challenge and one I hope you enjoy.  I also hope you don’t solve it:  like a magic trick, it’s so much more fun to be surprised.”

Creatures of the Night
by Emily Fitzgerald
Overtime Theater

Purchase online: www.brownpapertickets.com (not posted as of 2/14/2016)

You may contact The Overtime Theater at theovertimetheater@gmail.com or at 210.557.7562. 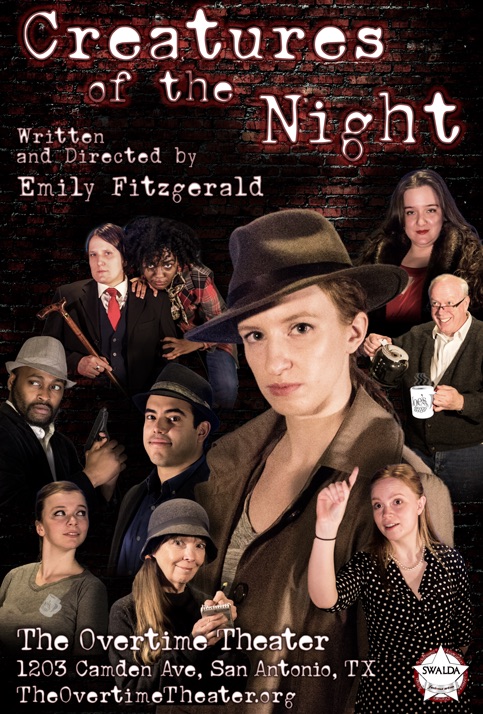 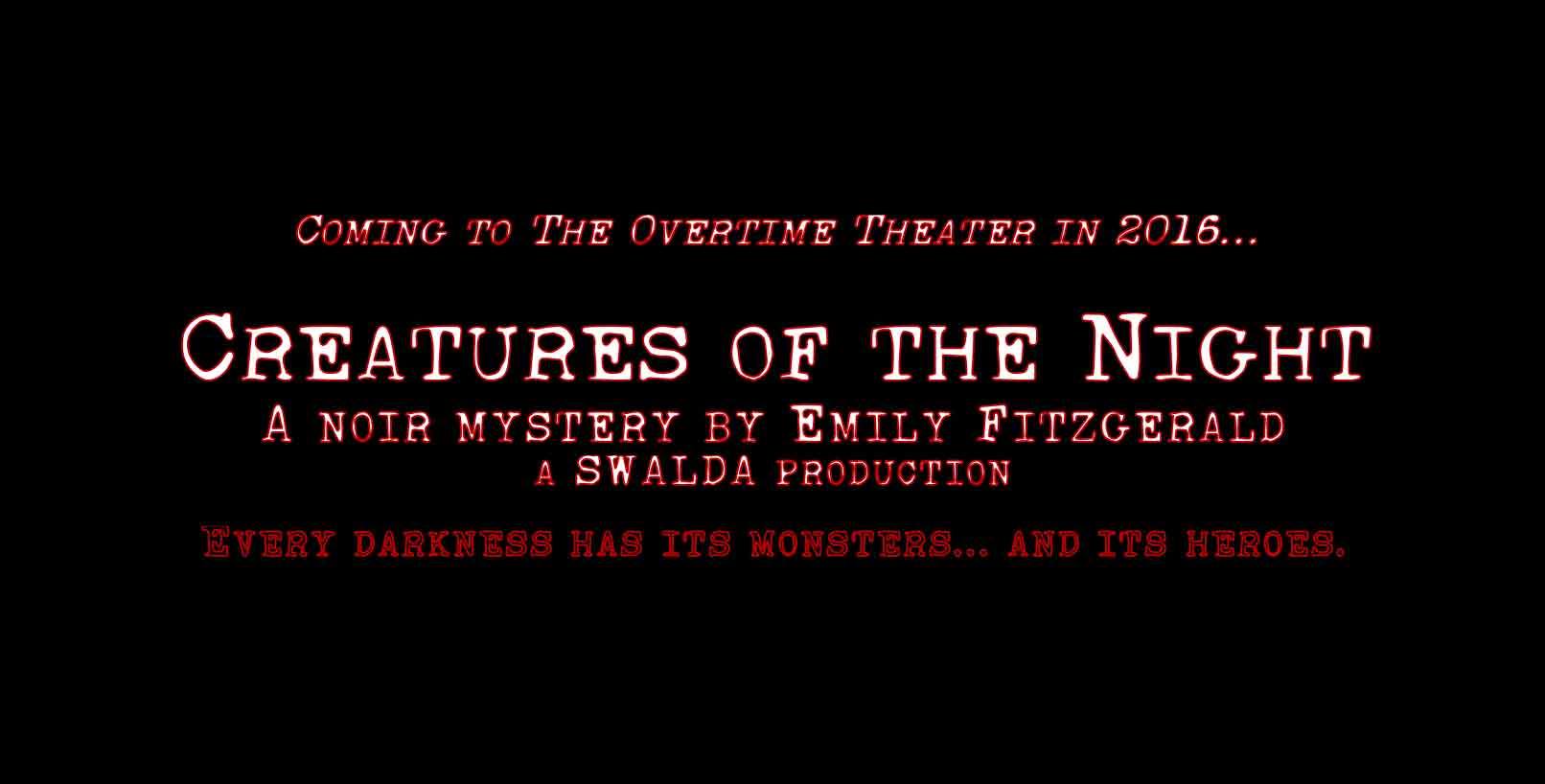 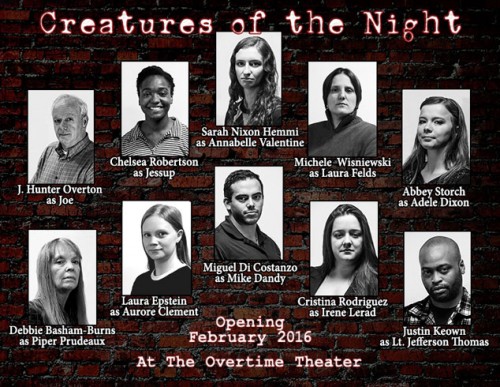