CLONSTER creators Beth Lorio and Andrew Thornton, friends since college and founding members of Knights of Indulgence Theatre United States (KITUS), have been traveling long distances and Skyping over the past two years to cook up an original, dialogue-free story about a Clown and a Monster who fatefully meet one day in the park. Dismemberment, dancing, chases, and cases of mistaken identity ensue. See also: Richard Simmons. Suicide. Maternal instinct. Flashdance. Tango. Fur.

Andrew Thornton is an actor, director and teacher who grew up in San Antonio. Most recently, he directed Dead Man's Cell Phone at the Playhouse. With the Overtime, Andy has been privileged to direct all four parts of Scott McDowell's Noir Trilogy. He sees private acting students at the Overtime as well, and enjoys drawing comic strips. He is very excited to be performing CLONSTER with one of his oldest and dearest friends.

Beth Lorio was all set to be a visual artist until her 7th grade Elective Drawing Class. Mr. Norris was such a horrible art teacher that Beth took Intro to Drama for the winter semester and was smitten with acting. She attended the North Carolina School of the Arts where she met Andrew Thornton, and began a beautiful friendship. After founding The Knights of Indulgence Theater United States (KITUS) with Mr. Thornton and other NCSA students, Beth went on to study meditation and contemplative burlesque in Boulder, Colorado. Beth now lives in Portland, Oregon, where she dances, paints, performs, and feeds the goats.

The show runs June 5 to June 15 in the Stables at the Overtime Theater.

The two Thursday evening performances will be PAY-WHAT-YOU-WANT shows. 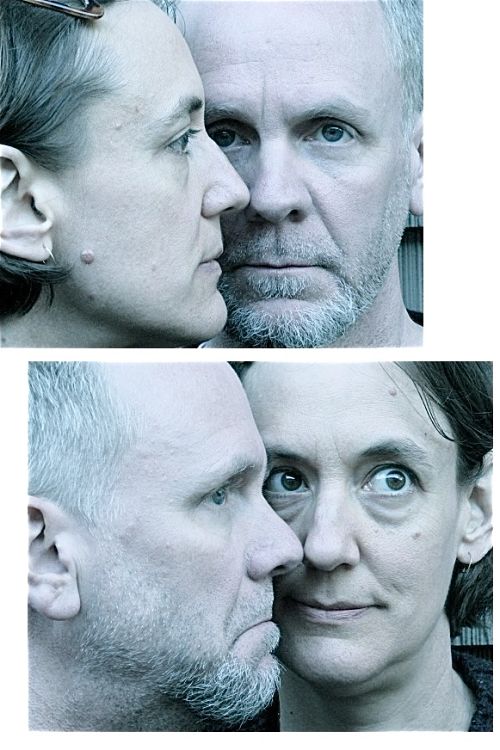