Black: A Comedy of Bubonic Proportions
by Overtime Theater

At the height of England's attack on France, during the Hundred Years' War, the men of Castle Binbury have been called to march out and join with King Edward's army. But when the lord of the castle is found dead from Plague on the morning of their departure, things start to get a bit complicated. As his wife and attendants try to cover up his death, their plan is threatened by an eccentric doctor, a hapless minstrel, and the lord's insufferably spoiled son. Through an increasingly intricate ruse and a series of slapstick complications, the residents of Castle Binbury must fight to keep their reputation - and themselves - alive. 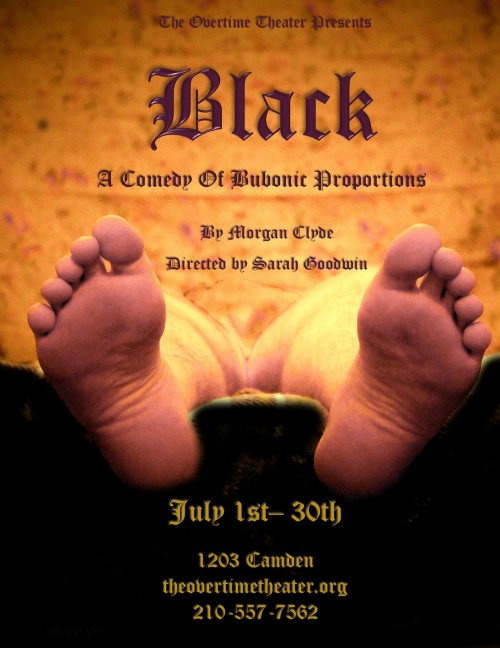