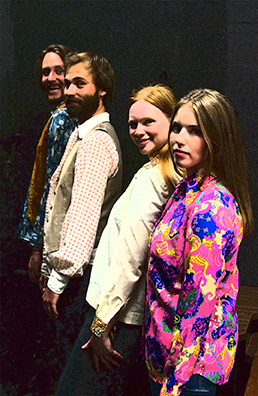 Can you hear the drums Fernando? If you’re all alone when the pretty birds have flown then take a chance on 27 Short Plays About Being Murdered in a Hotel by ABBA by William M. Razavi.

The Swedish pop sensation ABBA is reunited in absurd form as they embark on a world tour that you will never forget, if you survive it. Detectives Asta and Greta follow in the wake of the mysterious crime spree trying to make sense of it all. With sly cinematic references ranging from Ingmar Bergman to several other filmmakers other than Ingmar Bergman, 27 Short Plays About Being Murdered in a Hotel by ABBA lives up to its name…insofar as the play consists of 27 short plays that are in some way about being murdered in a hotel…by ABBA.

Don’t miss the play that has more music than a play without music and surprisingly less music than a musical about playing competitive backgammon in Mumbai.

- possible reaction of someone who might have seen the play.

"I’m sending out an SOS for help getting up from my seat.  Seriously, I can’t get up."
- Possible response of an audience member who wants to see the play again.

William Mohammad Razavi is the Artistic Director of the Overtime Theater. Born in Tehran, Iran in 1973, he took his first steps at Fort Benning, Georgia and grew up in Texas where he earned his BA from Trinity University. He went on to earn his MFA in Dramatic Writing from Brandeis University.  His play Making Up For Lost Time was workshopped at the American Repertory Theatre in Cambridge, Massachusetts and was nominated for an ATAC Globe award in San Antonio.  He is a cofounder of the Southwest Association of Literary and Dramatic Artists (SWALDA) which produced Julie, his adaptation of Strindberg’s Miss Julie in 2014.  His play The Sign of the Times was published in Trickster’s Way in 2009 and performed at the Luminaria Arts Festival 2010.  His other plays include Macbeth, The Next-To-Last-Flight of Amelia Earhart, Lusitania, Daedalus’s Other Regret, Mavis Davis and the Nighthawks at the Diner, The Private Life of Ernest Hemingway, The Ricky Harrow Pitcher Show, Illuminati and Sullivan’s Detours.  His on-stage performances at the Overtime include The Haunted House, The Professionals and Murder at the Chateau Le Shadow.  His most recent directing work includes Drive Me Crazy at the Overtime and Waiting for Godot for St. Mary’s University.  An excerpt from his memoir Turban Cowboy was published in Daily Life though World History in Primary Documents (Greenwood Press, 2009).  He is a freelance writer and director whose film and theatre criticism has appeared in the San Antonio Current among other publications.

His work is available from Amazon.com in print and ebook formats.

The show runs from July 10 - August 8 at the Overtime Theater, who present this production of SALTA, The Southwest Association of Literary and Dramatic Artists. 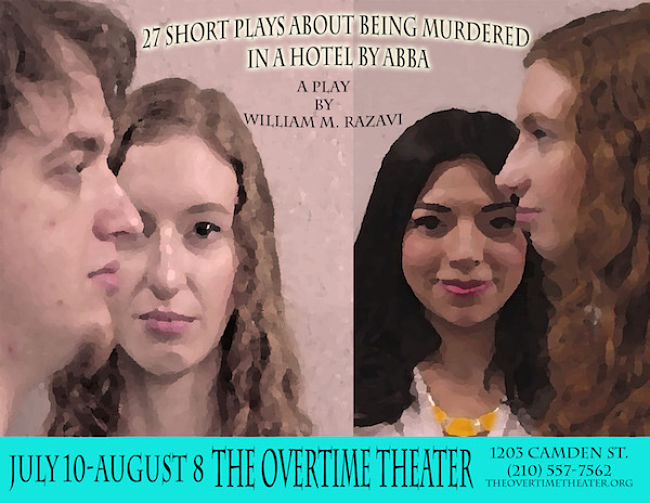 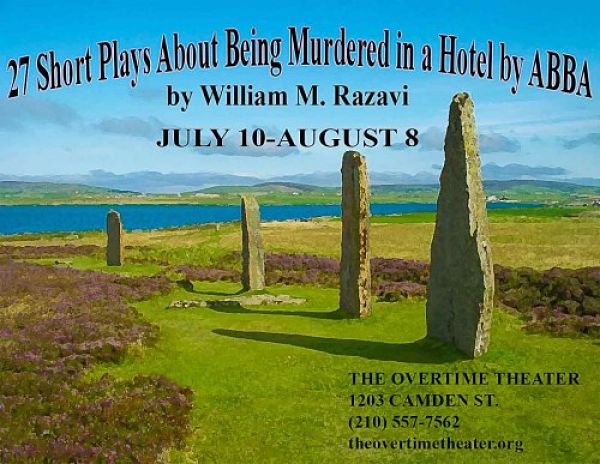