Zac Spitz has become a true Hollywood success story. He is popular and well loved after his starring role in the hit TV show Fearless Bloodsuckers. But it’s not enough for Zac. After a chance encounter on a Hollywood street Zac decides he wants to give back to the homeless community of Hollywood. And what better way to do that than to film a reality TV show in a homeless shelter? What could possibly go wrong?

Fearless Bloodsuckers of Hollywood – despite its title – features bloodsuckers of only the human kind. This production also marks the return to the Overtime stage of director Dave Stone-Robb who last worked with the Overtime three locations and 12 years ago. When Dave was asked how it feels being back at The Overtime, he said “It feels like a family reunion in many ways. They have given me the opportunity to work on a beautiful and hilarious play about second chances and redemption.” The Overtime is also very excited by his return!

With this play we are showing the struggles of the unhoused in Hollywood to a San Antonio audience. When asked why he wrote this play, author Felix Racelis replied “Several years ago I caught a TV news segment about homelessness in L.A. It featured an interview with an adjunct professor who lost a couple of teaching gigs and was living in his car. I’d already been thinking about writing a play about the unhoused, and this story gave me the impetus to finally pursue it. I wanted to write a play about second chances for both main characters, Zac and Bertrand.”

Director Dave Stone-Robb is tasked with bringing the author’s vision to life on The Overtime’s stage. According to Dave, “Fearless Bloodsuckers of Hollywood will surprise you around every turn with its relatable charming characters coming to terms with the monsters of the past while navigating their uncharted future.” 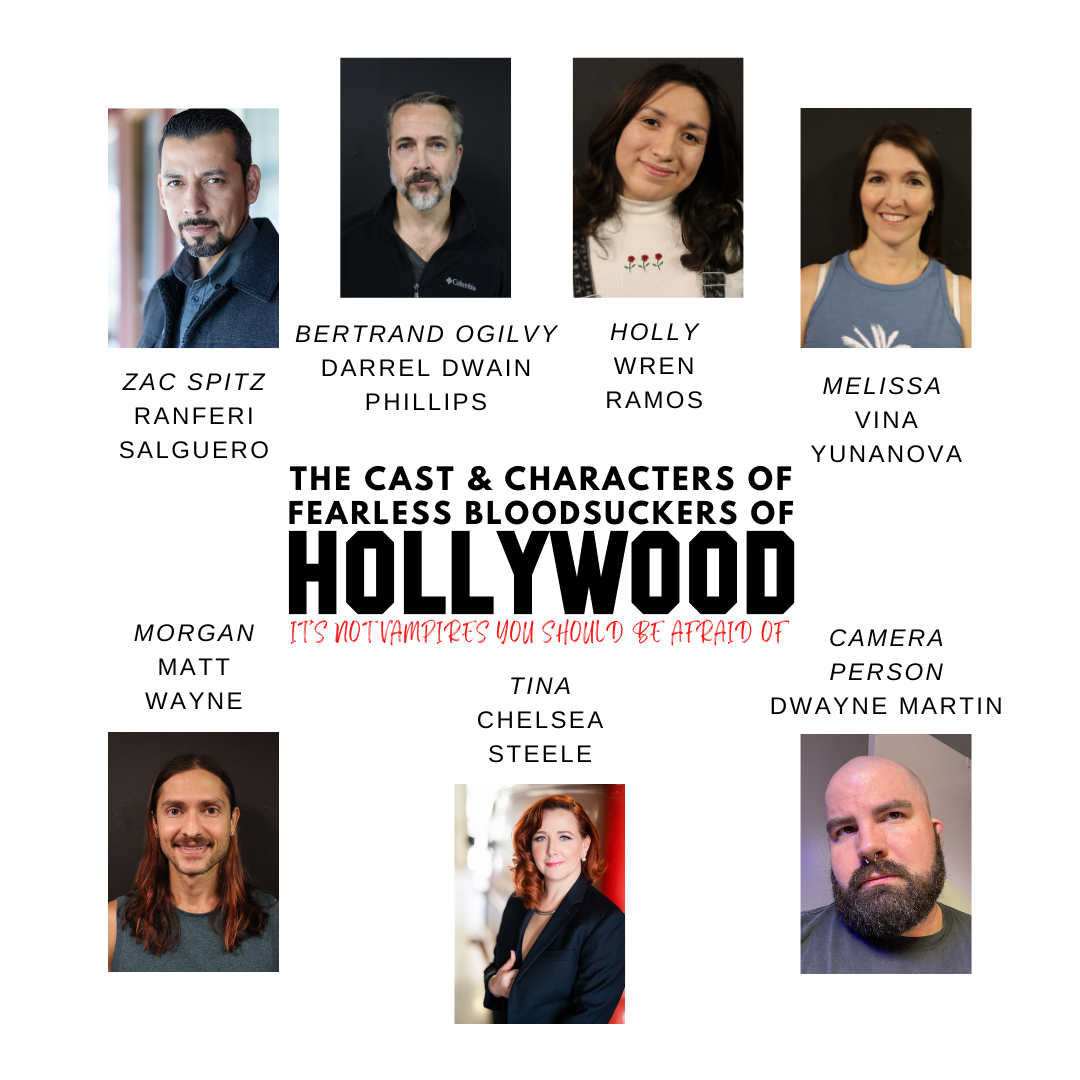 (It’s not vampires you should be afraid of)

Tickets are $18.00 general admission or $12.00 for SATCO members, military and students w/ID, available at the door or online at ShowTix4u.com. No refunds. Exchange only for other show date. Masks are strongly encouraged. 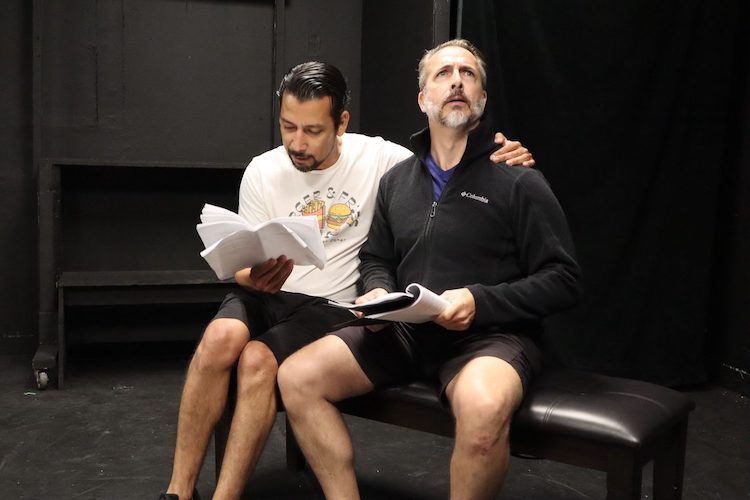