Forrest, Indiana is a small town surrounded by corn fields. Ethnically white, predominantly Evangelical, and fertile ground for the Ku Klux Klan during the summer of 1925. Daniel Lenhart returns to his hometown after four years of seminary college to find the Klan rooted in his community, and his brother putting a TWK sign in the window of the family business.

This is a play about choices, and how quickly things can change if you aren't always questioning... Set in 1925 but remarkably relevant in 2020.

A sensitive topic and a brave, fascinating script. 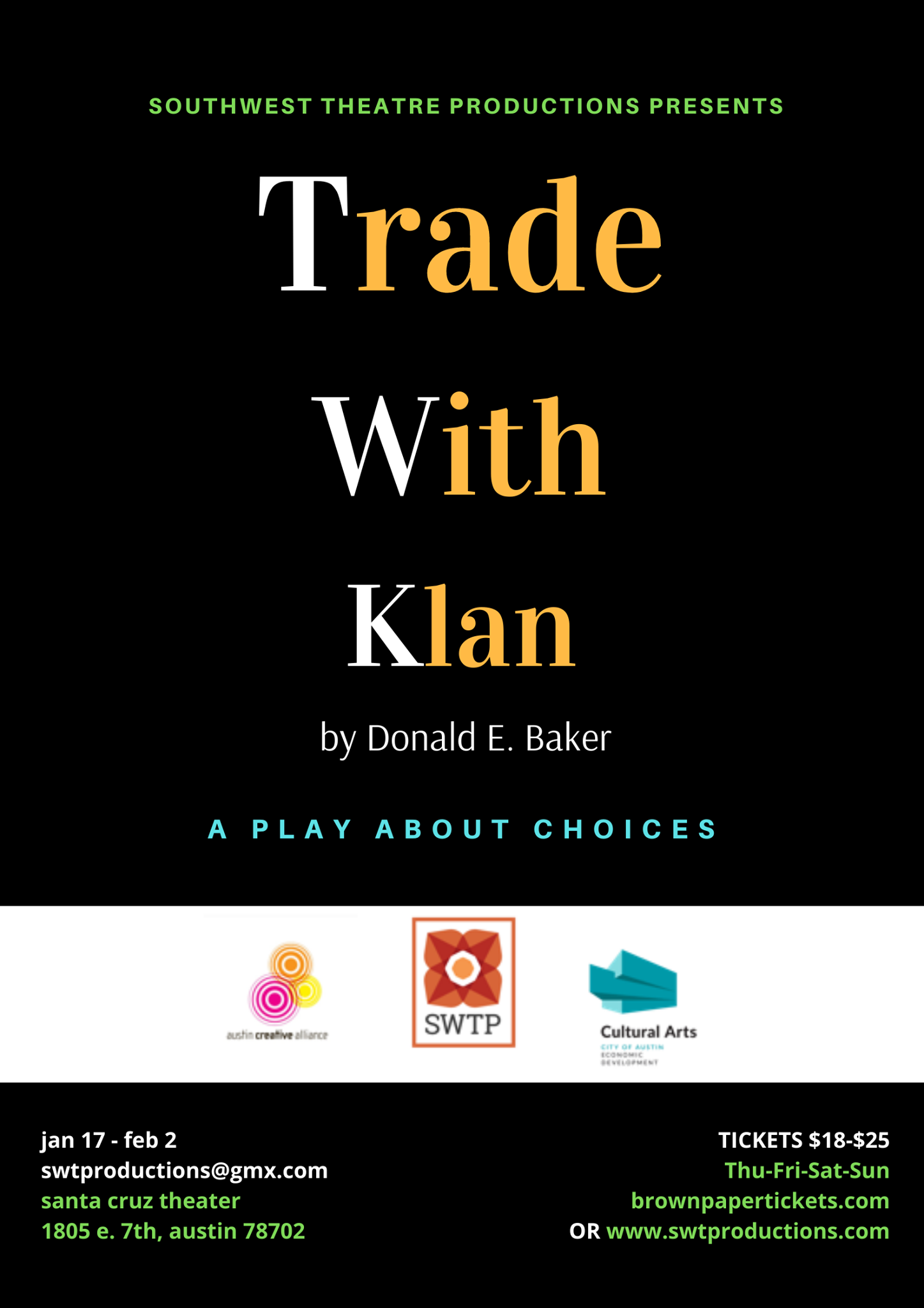