Ride, the musical
by Overtime Theater

Ride is the story of a taxi driver named Stockton who's underwater on his taxi medallion due to competition from ride share companies. He and his daughter, Jess, are struggling to make ends meet. She wants to go to acting school and he’s trying to keep them from being evicted. After a separate chance encounters with a limo driver, they both decide to test their limits as to what they're willing to do to stay afloat.

The Overtime Theater’s workshop of its summer musical Ride offers a reading and musical selections. The musical workshop gives the audience a sneak preview of this new musical by Brandilynn Stillwell and Dan Timoskevich, co-author of Nightingale, last year’s ATAC award winning musical. This unique event allows the audience an opportunity to offer feedback on the script and the music. All attendees will receive a free soundtrack when it is released in June.

“The workshop is perfect for anyone looking for a glimpse behind the curtain to see what makes a musical happen. It’s a bit of a Nightingale reunion and we are really looking forward to having several members from the Nightingale cast in the show”, says Timoskervich.

Award-winning director, producer and actress, Nicole Erwin, who heads up the Overtime Theater, will play the role of the drama coach and also sing selections from the show. Stillwell and Timoskevich will play the father and daughter duo alongside fellow Nightingale cast mates, Venny Mortimer and Caitlin Palmer.

The Overtime Theater is a non-profit organization with the mission of “theater for the people” to the greater community through new productions and workshops in acting, playwriting, and comedy improvisation.

Fridays and Saturdays at 8:00 pm 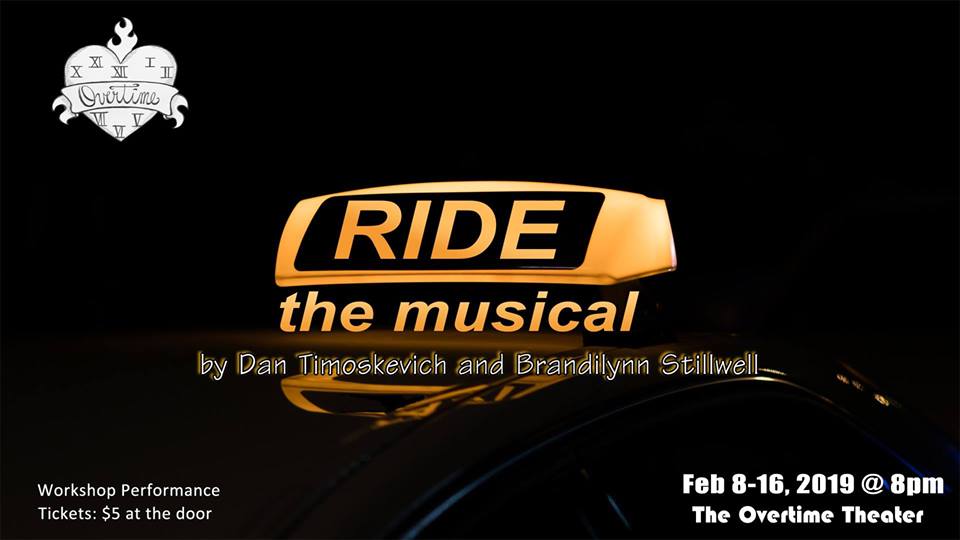