By Our Hands
by Overtime Theater 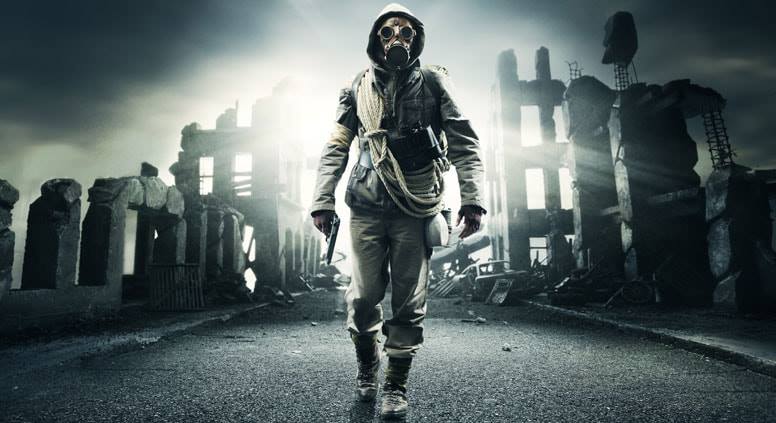 Post-apocalyptic future. After a nuclear event destroyed much of the country, militias who had lost faith in the government took control of their respective areas. As the world rebuilds, several different factions of rebels vie for control.

The central government stepped in to restore order and balance, and now all traditional weapons have been collected and destroyed. However, rumor has it that a weapons cache exists that has been hidden from those in power. Hard evidence comes to light that it is more than a rumor, and our heroes’ faction sets a plan in motion to find this foothold for control.

This production will consist of intense stage combat sequences for which our acting talent will train for over the course of four weeks. The production will take on a barren wasteland aesthetic akin to Mad Max: Fury Road while retaining a Mission Impossible style story-line.

A Kickstarter has been launched to collect funds with which to pay our crew who will be building this new work from scratch in a very short period of time. We will also be using a portion of the funds to elevate the production value and better market the show to the Central Texas Area. Also check out Facebook Page for cast info and more! Consider supporting the production on Kickstarter at http://kck.st/2zJos1o and share with a friend!

By Our Hands
by Morgan Clyde and David Song
Overtime Theater 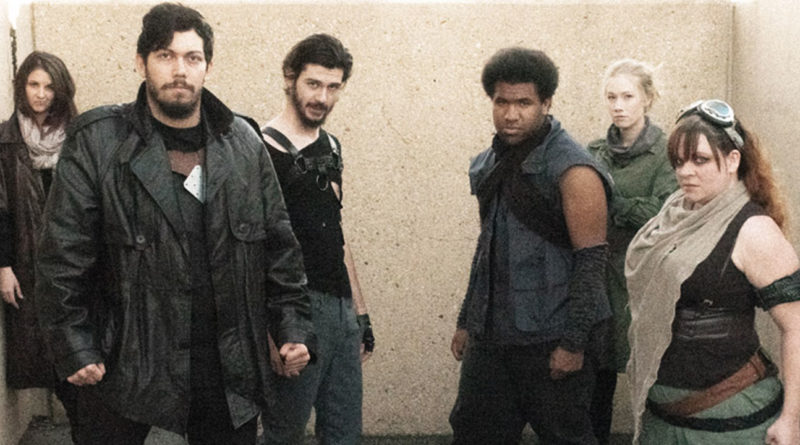 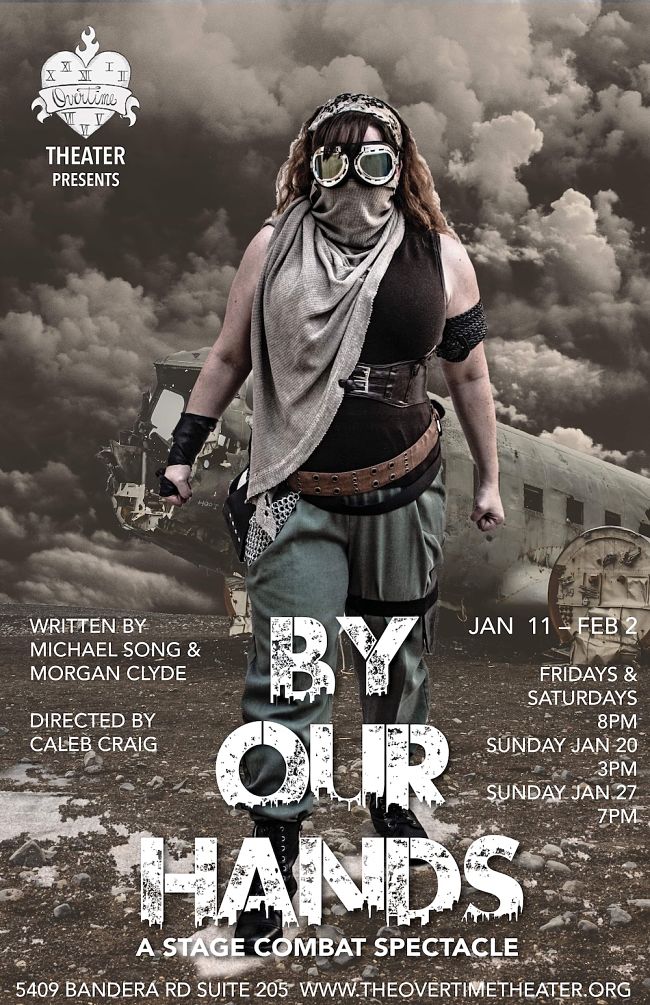