THRASH CRANKSHAFT, PI is a three-episode Noir Surrealist Comedy Detective Serial Radio Play in which the gumshoe (Crankshaft, Thrash Crankshaft, PI) is hired to find the script to the show that he’s currently appearing in. Then it gets weird. Written by an author who was raised on Monty Python, the Goon Show, Firesign Theater, the Muppets, and dozens of other subversively silly influences, this radio play (the live version will be recorded for podcast) guarantees thrills, adventure, and the kind of stuff you can only do when all you have to do is make the things sound like they’re happening, so it’s affordable.

Written and Directed by Matthew Legare 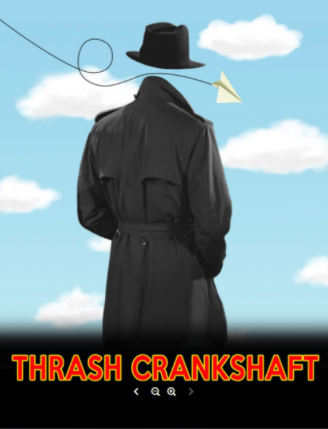