The RIFT had no crew... so it made one. Kidnapped from different dimensions, all they want to do is get home, but the looming shadow of the ORUS stands in their way. If commander Brax finds the RIFT, there may not be a home to return to. Are an air-traffic controller, a soldier, a scientist and a doctor really the best hope for humanity? Let's hope so, because its all we've got.It's not their ship, but it's their problem. Rift Riders - Season Two, Episode 5: "Unheard Of"Desperate to find a solution for Foster's condition, RIFT's crew is resorting to extreme measures. Dr .Decker, while discovered to have medical malodies of her own, makes a serendipidous discovery regarding how the ORUS has been following them- but finding the problem doesn't mean finding a solution. The crew comes up with a perilous plan, but it may cost the RIFT more than they're bargaining for. 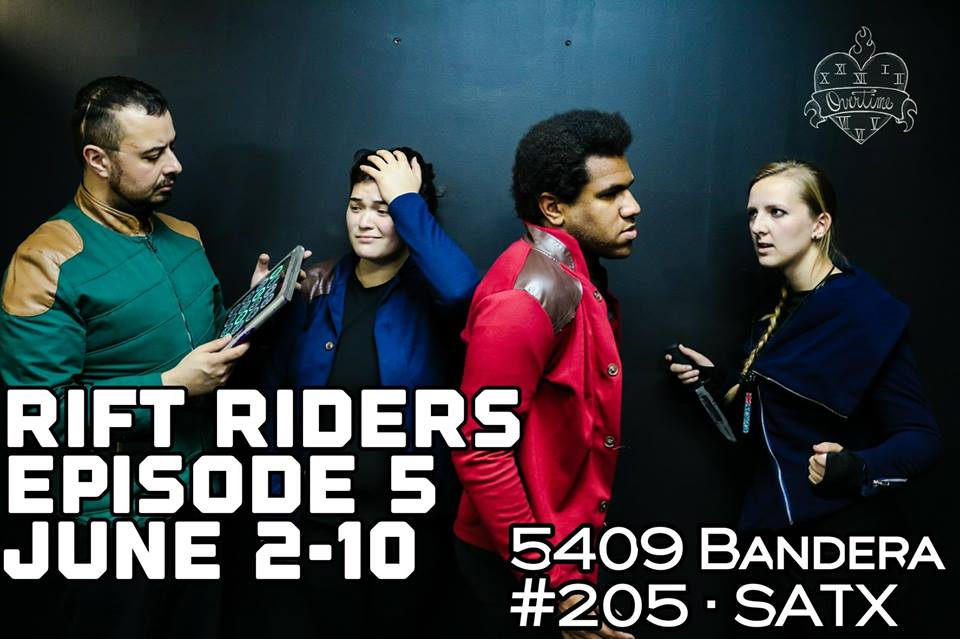