The Last Waltz, a play about Alzheimer's
by Overtime Theater

Aria Creative Productions in association with The Overtime Theater, present “The Last Waltz”, a play about those who suffer from Alzheimer’s disease and the loved ones who care for them. 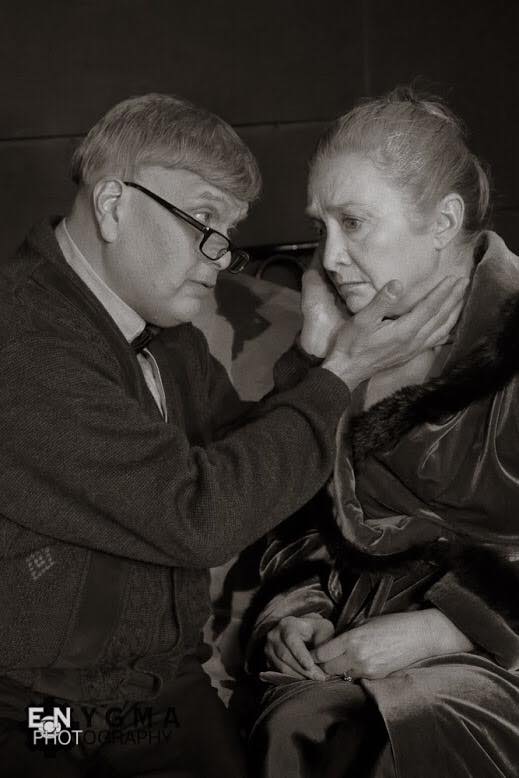 The play by Bernard J. Taylor tells of a doctor who commissions a composer to create a piece of music as an anniversary present for his wife, who is suffering from early onset Alzheimer’s. Music is one of the few things that seem to give her peace and joy. In the beginning we see the doctor committing some highly questionable acts on his wife but his motivation becomes clearer in his discussions with the composer. After his wife dies, the doctor has a life changing experience.

Four leading San Antonio actors have been cast in the roles: Greg Hinojosa, Artistic Consultant for the Magik Theatre who recently won an ATAC award for his performance in Born Yesterday at The Classic Theatre, will be adding almost 20 years to his real age to play the Doctor; Whitney Marlett, who delighted audiences with her recent performance in Jackson Square at the Overtime, plays his afflicted wife; Kathy Feinstein, ATAC Award Winner for Blythe Spirit, plays the loyal Nurse; and Torence B. White, local favorite of Queen’s Castle at Overtime Theater, plays the Composer.

Alzheimer’s is a progressive disease that destroys memory and other important mental functions. It is irreversible and slowly destroys thinking skills and eventually the ability to carry out the simplest tasks. In most people with Alzheimer’s, symptoms first appear in their mid-60s. Estimates vary, but experts suggest that more than 5 million Americans may have the disease.

A talkback with the cast will be held after the show on Sunday, Jan 15. A representative from The Alzheimer’s Association of San Antonio (alz.org/sanantonio) will be available to answer audience questions and provide helpful resources. A silent auction benefiting the Alzheimer’s research will be held on opening night, Jan 13, and will feature paintings from the Playwright and other artists. The theater will also accept donations for the organization. The production is dedicated to Ron Casola, Director of The Live Oak Singers.

The Last Waltz, a play about Alzheimer's
by Bernard J. Taylor
Overtime Theater

Talkback with cast and Alzheimer's Foundation after performance of January 15 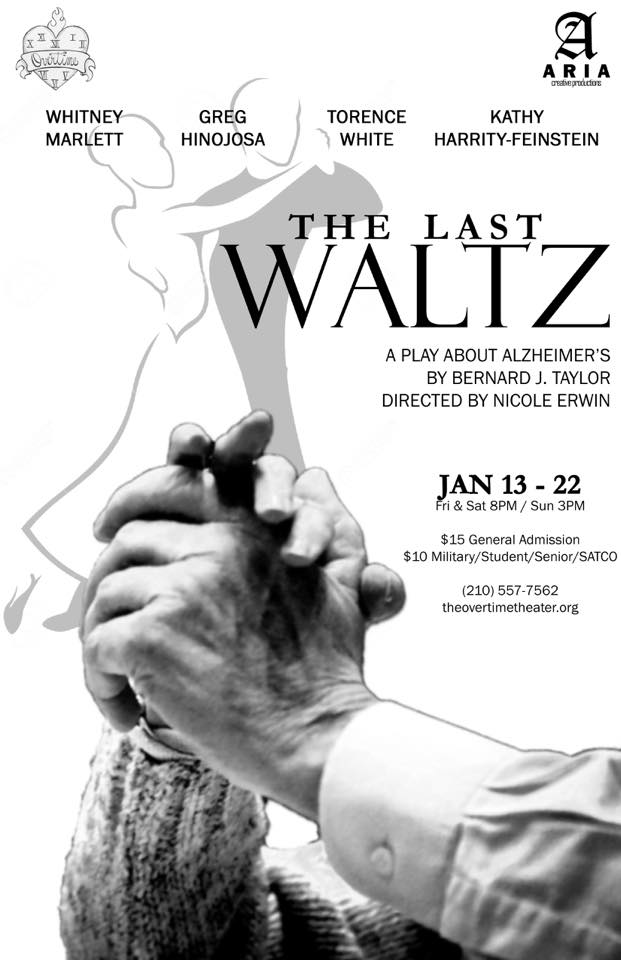