All performances will have supertitles for dialogue and lyrics. A special Children’s Matinee is at 1pm on June 17, immediately prior to a 2 pm matinee performance. Children will be invited to come on stage and meet the cast, crew, and orchestra along with other activities. A complimentary buffet with the cast follows the Friday, June 15 Gala Performance.

New this year, Artistic Director Ralph MacPhail, Jr. will give pre-performance talks before two performances. The audience will learn about the history, story, characters, music, and magic of "Ruddigore." Pre-performance talks are scheduled rom 6:30 p.m. - 7:00 p.m. on Saturday, June 16 and Friday, June 22.

This project is funded and supported in part by a grant from the Texas Commission on the Arts and in part by the Cultural Arts Division of the City of Austin Economic Development Department. Visit Austin at NowPlayingAustin.com 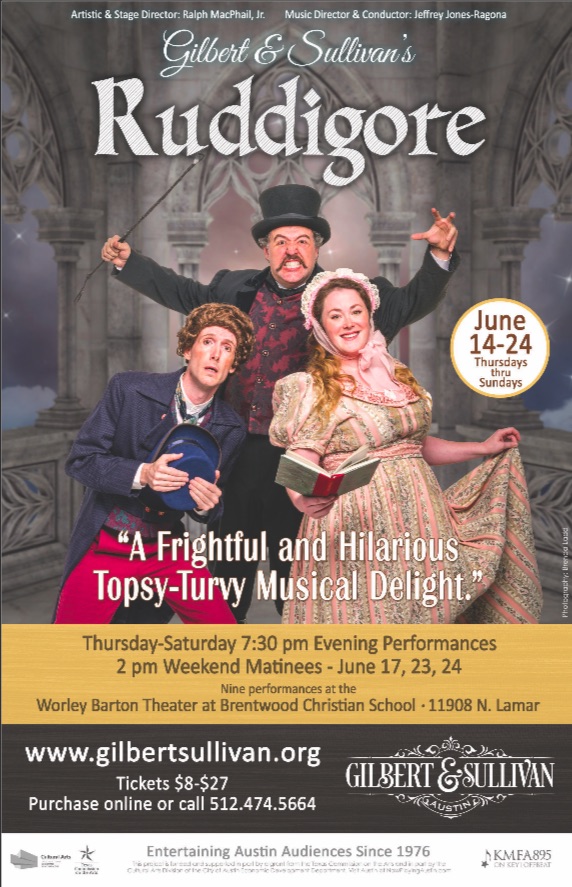