Contemporary realism is tough in several ways.  There's no immediate recognition of author or title by the typical audience member, issues are often of the moment and touchy, and centuries of dramatic refinement leaves good dialogue a slippery fish to grab.  So kudos to any theatre willing to take the risk and perform pieces which are not tried-and-true.  This alone should get you in the door.  Street Corner Arts has tackled a very contemporary piece, and done a pretty dang good job.  And I'm very glad that they've done merely a 'pretty' dang good job – there's only one thing better than unimpeachable theatre, and that's theatre that's almost unimpeachable and merits a bit of healthy critique along with deserved praise. 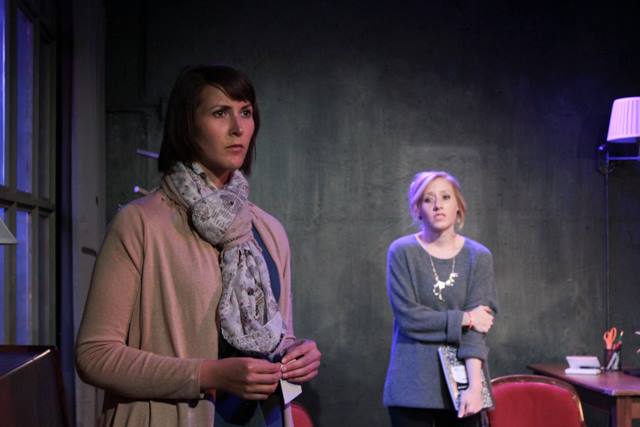 The Great God Pan gives us a delightful palette of characters to consume by turns, with Jamie being the axis around which they rotate.  And by and large, the actors stand the play up on solid legs.  Each character is engaging and dialogue moves along with vigor.  There's great connection that happens in spite of the real and fabricated social barriers of the story.  But there's something about the rhythm of the piece that kept me from settling in.  All the actors, let it be said, are more than competent.  But for most of them, there was a certain insistence that was oppressive.  You may call it pushing, but in this instance I would call it earnestness to a fault.  The size of the space is perfectly suited for intimacy, but a few actors were playing to rows that didn't exist, and most of them missed many an opportunity for throwing away lines and understatement.  Two exceptions are Katie Kohler and Chris Humphrey, who seem to understand the space more and bring us back down to earth with greater humanity, and, to borrow a term from another review, 'economy'. 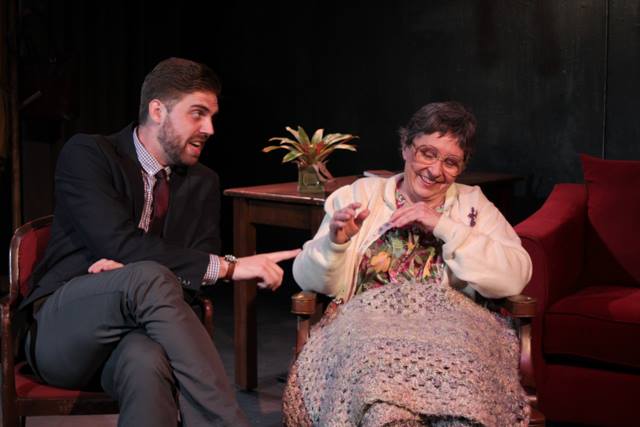 I'm finding it difficult to articulate the curious quality that prevented me from entirely settling down with Jamie.  The best way I can explain so far is that his internal tempo was not quite in step with the heartbeat of the piece.  Yes, this is a little heady and abstract.  To give a practical example, Devin Finn several times had trouble, ever so slightly, timing his interjections and self-cancellations so that they sounded organic.  Certain overlapping lines didn't quite maintain their authenticity – which, granted, is a challenging task to pull off in any show.  That said, Finn gave a committed performance with relatable affability that made these slight snags just that – slight.

“But Tom, this kind of sounds like you didn't like it.”  On the contrary, I did.  But as I mentioned earlier, the only thing better than theatre that deserves a standing ovation is theatre that gets us talking about what makes good theatre.  The Great God Pan is a great show by a talented cast with evocative lighting and set design in a theater that consistently produces good work.  The whole reason I've begun to write reviews is to take the next step, and that is to ask, 'How does Austin theatre get better?'  And so congrats to the cast, it's a great show.  Now, when you go home to sit and reflect, consider these points.  And for the rest of you, note that a great show can also be a show worth digging into.

Also, the play itself.  I usually find it hard to critique the playwright, since they're usually not here to defend themselves, and aren't actually associated with this production.  But it's worth mentioning that Pan is a memory play, or rather, unreliable memory play.  The problem with this is the same you get with a suspect on a police TV show: when they say they don't remember something, you know something's up.  Fickle memory is sort of a cheap way to throw a wrench into a plot, but if that's what your play is about, well, we can deal with it.  Luckily Herzog makes engaging enough relationships to kind of forgive a weak plot motivator.

Going to see the Great God Pan does several people a favor.  For yourself, you'll see a lovely show while patronizing a small theatre group.  For theatre in general, you'll be supporting risktaking that's backed up by skill, and that's definitely the better of the two.

All shows at 8 pm

$20 general tickets / $5 discounts available for educators and students with ID; Contact us for group ticket sales 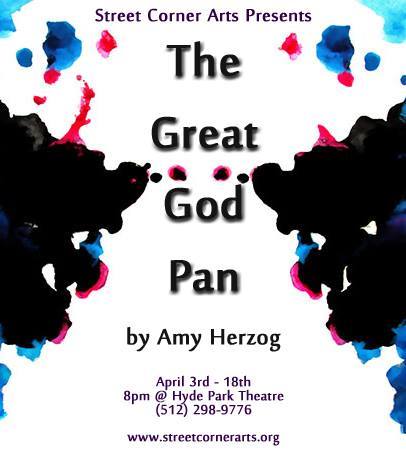