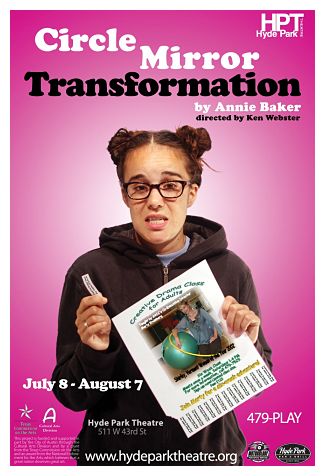 The Village Voice annointed Annie Baker's comedy its Obie (off-broadway) award this year for best new American play and gave another Obie to the cast for their ensemble work.  So you can expect an amusing evening when you stop by the Hyde Park Theatre to see them do their second play this year by the 29-year-old Annie B.  They delivered her Body Awareness just this past April. 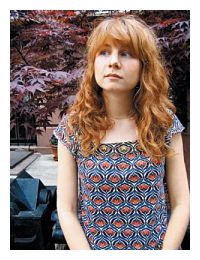 Director Ken Webster and the gang like to play hardball, but this one's a change-up. The familiar and welcome crew of HPT regulars, plus returning company member Rebecca Robinson, are pitching slow softballs  and having as much fun with it as kids at a 4th of July picnic.

The set-up is simple.  Marty works with a local community center and she has persuaded her husband James to support her notion of offering a six-week class in creative drama.  Three other individuals respond.  We a watch a succession of short scenes depicting the evolution of Marty’s well-intentioned efforts to help these strangers liberate their creativity.

Circle Mirror Transformation is not, strictly speaking, a comedy.  It’s a quiet little drama about needing to make connections and the potential costs of reaching out.  Marty is not teaching acting or drama at all; she is dabbling in some very powerful juju.  Back in the 1960s and 1970s many folks were attracted to the highs of encounter groups, an approach to group dynamics defined by Gestalt psychologist Kurt Lewin and pioneered in the United States by the National Training Laboratories.  During a lost time in graduate school I participated in three full weekends of assisted but undirected “T-Group sensitivity training,” an experience from which I have probably not yet fully recovered.

Baker’s gentle exploration of the almost universal situation of joining a class and establishing one’s identity is particularly evocative for me at this moment, because I write from Uppsala, Sweden, where I have become an initiate in class A2b at the Swedish language summer institute.  The hundred or so participants in the current four-week session in this summer-quiet university town have only just met.  Our morning group of twelve has begun to interact, tentatively unfurling the protections of social distance, revealing our considerable weaknesses and clustering about our teacher Emma Ȧberg. 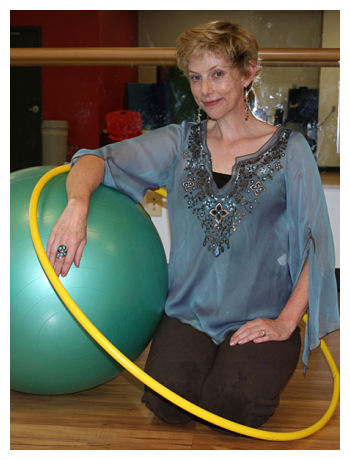 Circle Mirror Transformation is also a bit of an inside joke.  A cast of accomplished actors is impersonating a group of non-actors who are seeking the mysterious meanings and unknown fulfillments of the dramatic experience.  Katherine Catmull as Marty the dangerously unguided facilitator is encouraging and non-judgmental.  Her exercises range from pseudo-Zen, such as the counting game with participants lying on the gym floor, to other physical exercises that are closer to clinical psychodrama. Take for example, the circle of participants in their rhythmic, surging, emotive physical exercises during which initiative and command pass from one participant to another. If that sounds too cryptic to you,take a look at the HPT video.

It’s funny and even endearing to see adults engaging in innocent physical play, especially in Paul Davis’s cleanly realized set depicting a corner of virtually any community workout room.  But some of Marty’s later exercises push participants into potentially uncomfortable games of trust.  Between classes, participants are paired up to interview one another; then each week, standing before the appreciative circle and before us, someone provides a biography of an assigned partner.

James opens by recapping his interview of his wife Marty – so far, so good.  Later presentations raise some flags.  We see that deep unmet needs exist here:  a divorce, a flight from an abusive relationship and a yearning to fight free of an oppressive family situation.  Keinneth Wayne Bradley is an earnest and recently divorced carpenter-woodworker; Rebecca Robinson is the actress who fled New York City; and Xochitl Romero, with her pigtails, hooded sweater, baleful distressed look and marvelous body English transforms herself into a 16-year-old trapped in her own self image.

Catmull as Marty the facililtator shows her own fragile serenity. She ignores the warning signs through the final weeks of the class as things go badly between the carpenter and the actress.  When Marty presses her effort to build trust, she gets some unexpected revelations and equally unexpected consequences.

Playwright Annie Baker gives the participants in this little community drama class some hard knocks.  If you’re looking for laugh a minute, you won't get 'em in the second half of Circle Mirror Transformation unless you have a good thick callus on your empathy lobe.  Baker's telling us that life is a comedy because it arrives to us wrapped in unexpected misapprehensions and minor tragedies. 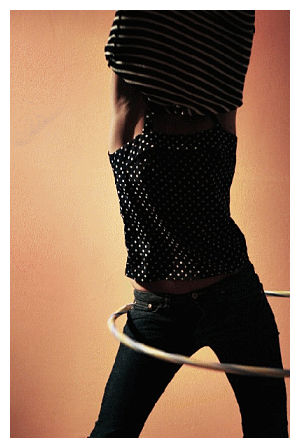 On the other hand, an evening with these innocents might prompt you to think back and wonder what, exactly, might have happened with that vital, interesting person who shared with you that class or summer course or group therapy or extended training session.  Instead of randomly running into that individual on the street ten years later– as occurs in the final scene of Circle Mirror Transformation -- you might even try to remember that name.

Review by Avimaan Syam for the Austin Chronicle, July 22

Spike Gillespie's write-up in the JetBlue blog for Austin, August 2