Who's in Bed with the Butler?
by Gaslight Baker Theatre

A California billionaire has bequeathed all his assets to his only daughter Constance- except the 22 million Dollar yacht he wanted Josephine to have, a $25 million art collection left to Renée and some priceless antique automobiles willed to Marjorie. Constance arrives in her father’s mansion with her lawyer, determined to find out who these women are and to buy them off or contest the will. The butler seems to hold the key and she learns from him that the three sultry ladies were her father’s lovers. She also discovers that the yacht the art and the car is vanished all having been sold to The Bimbo Corporation. Could the butler be behind the shenanigans and is he carrying on with all of the ladies in question? Does the elderly deaf housekeeper really have a pet rat? Can the bumbling detective hired by Constance really be so inept, linguistically as well as professionally? And why has the Butler hired an actress to play his wife?

Who's in Bed with the Butler?
by Michael Parker
Gaslight Baker Theatre 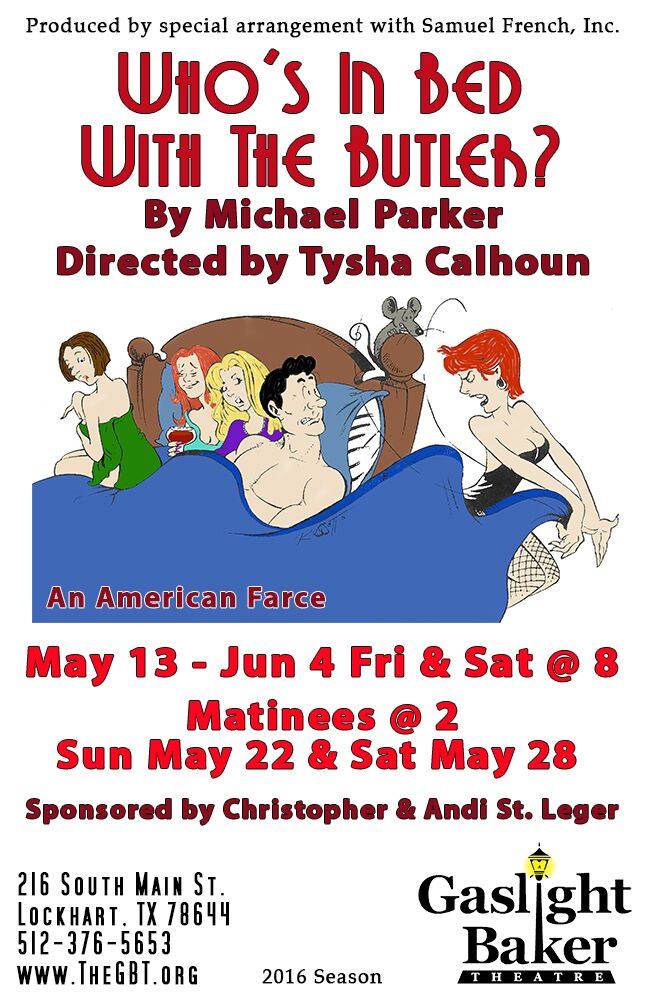