The Winter's Tale
by Rosedale Shakespeare

Neighborhood favorite Something for Nothing Theater will celebrate its fifth anniversary by presenting Shakespeare’s The Winter’s Tale! The annual tradition of Shakespeare at Ramsey Park (4301 N. Rosedale Ave Austin TX 78756) continues in 2016 with this lovely fairytale. Our company produces the plays with minimal props, costumes, and lighting, focusing on storytelling and the wonderful language of Shakespeare.

This year’s production will star Kevin Moxley as Leontes and Courtney Bailey Parker as Hermione. B. Iden Payne Award nominee Ryan Wilson will be performing the role of Florizell. Something for Nothing veterans Robert Deike, Steve Cook, and Bob Jones have returned to the company to play in Winter’s Tale.

Like any good fairy tale, this play blends the elements of tragedy and comedy. Sometimes reminiscent of the great tragedies like Othello and other times suggesting entertaining comedies like As You Like It, The Winter’s Tale has something for everyone. A jealous king, a young couple striving against class boundaries, a scheming rogue, and a pursuing bear take the stage in this late Shakespearean play. Music, dance, and magic draw the audience in. Winter’s Tale shows Shakespeare at his career’s culmination and reflects decades of practice in creating compelling stories and fascinating characters. Bring a blanket or chair, pack some snacks, and join us in Ramsey Park for a two-hour performance of this riveting tale!

Director Deb Streusand says, “The Winter’s Tale portrays the depths of human emotion while also presenting high entertainment. It shows us that even when we make the wrong choices, we can be forgiven by others and learn to forgive ourselves, so that a happy ending is still possible.” Streusand, Something for Nothing’s Artistic Director, has also directed Shakespeare’s Tempest and George Peele’s The Old Wives’ Tale at Mary Baldwin College, where she received her MFA with a focus on directing. She has served as dramaturg for Something for Nothing’s productions of Hamlet and Henry the Fourth Part One. 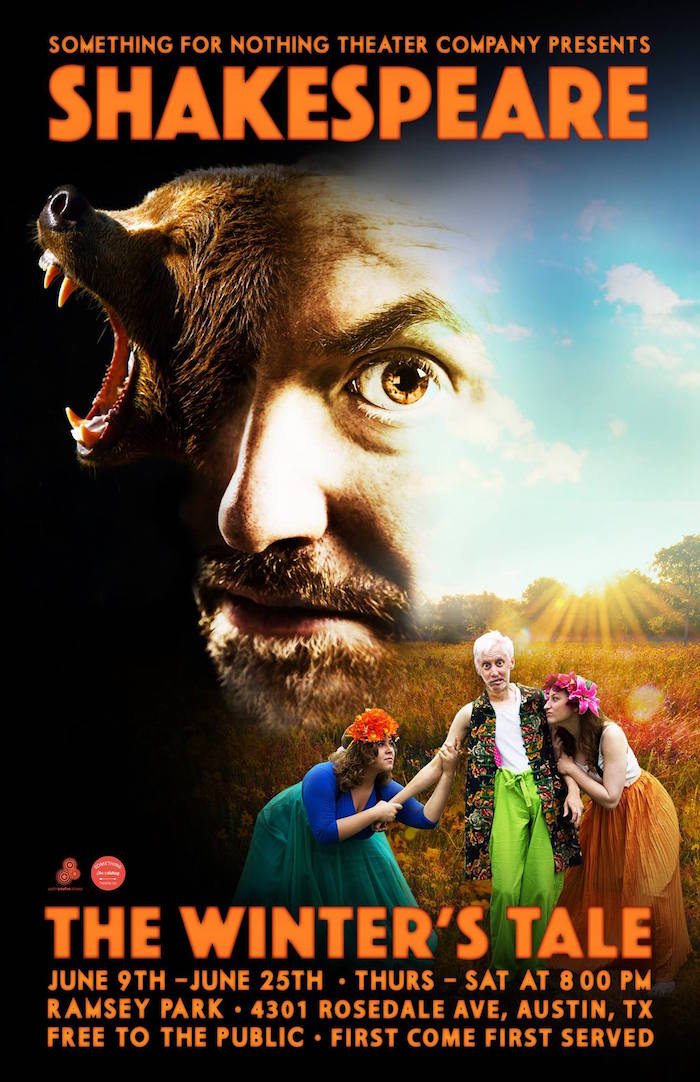