The Madwoman of Chaillot
by Vortex Summer Youth Theatre

For the 25th anniversary of The VORTEX’s Summer Youth Theatre, we are presenting the 20th-century classic, The Madwoman of Chaillot by Jean Giraudoux. First performed in 1945, this new translation by Professor Laurence Senelick provides pertinent insights for our times. Watch Countess Aurelia, the Madwoman, gather the populace of Paris (the 99%) to battle the corruption of politicians and prospectors intending to drill for the oil under the City of Lights. The Madwoman of Chaillot fights for humanity against the seekers of wealth and power threatening to destroy the fabric of civilization. This new production presents a great work of contemporary literature in a new translation with a timely theme.

ABOUT SYT: For more than two decades, SYT has provided high quality theatre to Austin audiences. This project teams adult professionals with students to create high-caliber theatrical productions of world-class literature. The Austin Chronicle named SYT “Best Theatre Program that Treats Kids like Grownups.” Nominated for dozens of local awards, SYT has been recognized with B. Iden Payne Awards for Outstanding Production of a Play for Children for The Commedia of Errors, Outstanding Direction of a Play for Children for The Commedia of Errors, The Physicists, Moby Dick, and The Frogs, Outstanding Acting for The Physicists and Moby Dick, and Outstanding Sound Design for Machinal. Every year, students work with adult artists who are among the most celebrated theatre professionals in Austin. Producing Artistic Director, Bonnie Cullum, who founded SYT in 1991, was inducted into the Austin Arts Hall of Fame in 2009.

ABOUT THE DIRECTOR:  Dillon Yruegas holds both a BFA in Theatre and a BA in Spanish from Texas State University. Directing credits include Durang/Durang, The Complete Works of William Shakespeare: Abridged, and Tango Through the Revolution for Oh Dragon Theatre. He also assistant directed for The VORTEX’s Persephone and Salvador Dalí's Naked Feast. He currently serves on the Board of Directors as resident Dramaturg and Production Manager for Oh Dragon Theatre. Dillon strives to illuminate those whose stories throughout history go unnoticed or unseen and to give a voice to the next generation of artists from all walks of life.

Radical Rush Free Tickets:Limited free tickets for each performance in the spirit of sustainability, accessibility, and the gift economy. Radical Rush tickets released at 7pm each night--in-person only. 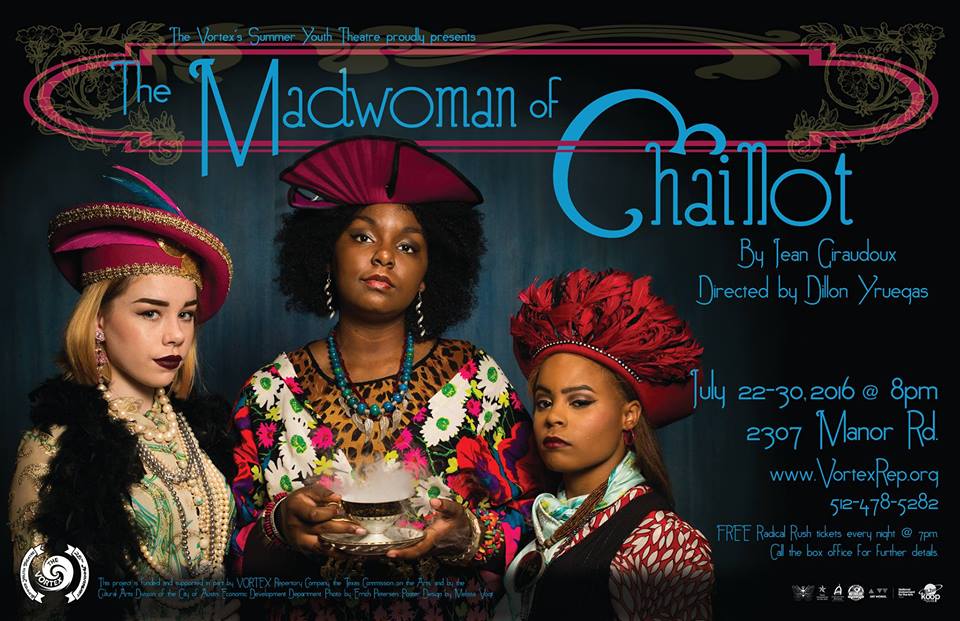