Sadie Saturday Nite is a one woman show with live music: stories and songs about growing up punk in San Francisco in the 70's. “Sadie..” reminisces about the 70’s, seeing bands, drumming in an all-girl band and behaving badly. The show is written and performed by Jean Caffeine and features a musical collaboration with Josh Robin (Invincible Czars) on guitar who is also is the Creative Consultant and Gabi Barerra on drums. “Sadie..." did a run this summer at the Hamilton Fringe in Ontario, Canada and at the Buffalo Infringment. A chunk of Sadie was performed at Short Fringe at Frontera Fest in Austin, TX in 2015.

Sadie Saturday Nite will be performed at Hyde Park Theatre Sunday, September 25th, 2016 at 7pm with an instant after-party with the Sister Rays, all female, 3 piece psychedelic dirt rock band from austin texas comprised of Mariah Stevens-Ross and Billie Buck of Sailor Poon and Lindsey Mackin of Annabelle Chairlegs

Online tickets are 11 plus (fee) and box office tickets are a suggested $11.00. https://secure.buyplaytix.com/hpt/reserve/sadie_saturday_nite.html 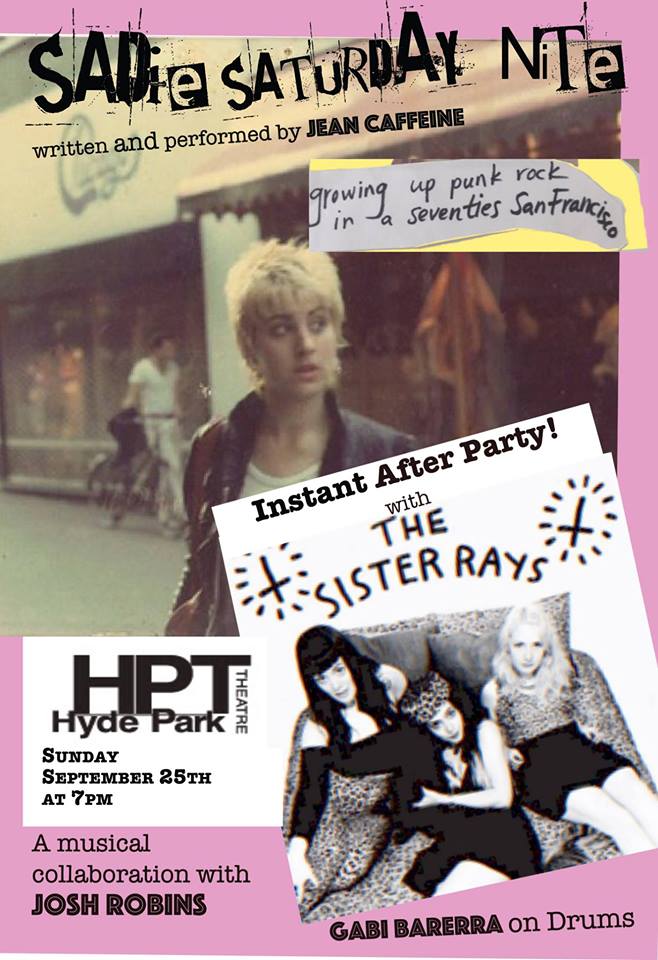