The Generic Ensemble Company is producing a modern adaptation of Robin Hood, written by Krysta Gonzales, exploring police corruption and the State in America.

Robin Hood: An Elegy follows a Black Robin Hood who magically transcends space and time experiencing state-sanctioned racism. Set both in 2015 and the past, Robin’s plight mirrors and invokes the ethos of #blacklivesmatter in a struggle to assert humanity, dignity, and cunning against long-standing foes. In an age-old fight against white supremacy for justice and freedom, will Robin prevail?

Feature by Robert Faires for the Austin Chronicle, August 8

kt shorb (Director) is a director and performer. Her directorial work has won a FronteraFest "Best of Fest," and been shown at the Menil Collection, the Pulitzer Foundation and in many venues across Texas. She has performed in Los Angeles, Philadelphia, Chicago, Cleveland, and beyond.

"I love what kt shorb does and how she does it, both onstage and off. Whatever she is up to is not to be missed." –Anne Bogart, Artistic Director – SITI Company

Robin Hood: An Elegy is funded and supported in part by VORTEX Repertory Company, the Texas Commission on the Arts and by the Cultural Arts Division of the City of Austin Economic Development Department. 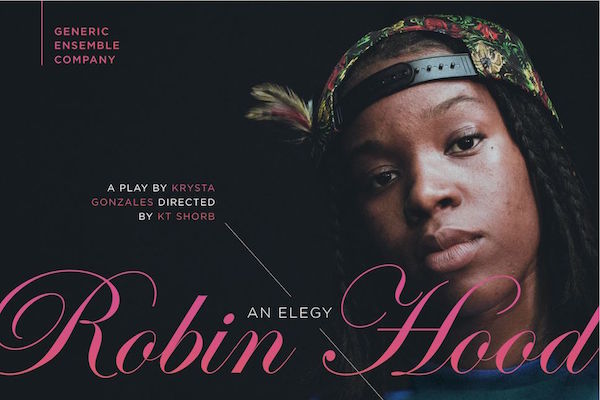