After the collapse of civilization, a group of survivors share a campfire and begin to piece together the plot of "The Simpsons" episode "Cape Feare" entirely from memory. 7 years later, this and other snippets of pop culture (sitcom plots, commercials, jingles, and pop songs) have become the live entertainment of a post-apocalyptic society sincerely trying to hold onto its past. Seventy-five years later, these are the myths and legends from which new forms of performances are created. Anne Washburn’s hilarious and thought-provoking comedy features Equity guests Jill Blackwood and Marc Pouhé.

“Ms. Washburn…makes a case for theater as the most glorious and durable storyteller of all.” (New York Times)

Feature by Robert Faires at the Austin Chronicle, September 24, 2015

Mary Moody Northen Theatre operates on a professional model and stands at the center of the St. Edward’s University Theatre Training Program. Through MMNT, students work alongside professional actors, directors and designers, explore all facets of theatrical production and earn points towards membership in Actor’s Equity Association, the union of professional actors and stage managers in the United States. MMNT operates under an AEA U/RTA contract and is a member of Theatre Communications Group. Information: 512-448-8487 or www.stedwards.edu/theatre. 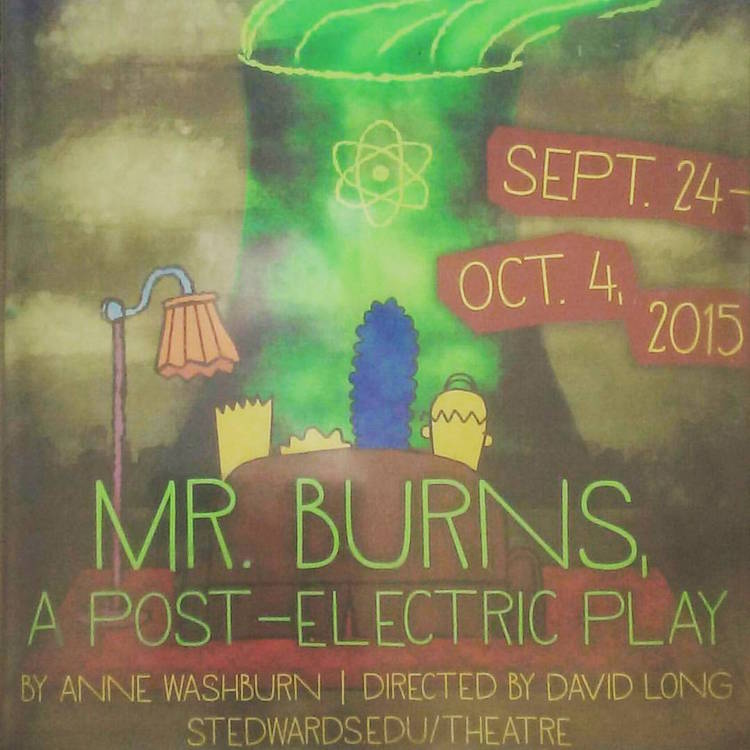