Cat on a Hot Tin Roof
by En Route Productions

"Southern Swelter" is a sweltering, two-part series championing southern playwrights. This year, En Route Productions reveres Tennessee Williams by presenting Cat on a Hot Tin Roof  in June at Live Oak Brewery and Sweet Bird of Youth in September at a location to be announced.  We look forward to seeing all of y'all there! Details coming soon.

A smoldering Cat On A Hot Tin Roof. Bring a picnic. Drink delectable Live Oak beer at their beautiful new brewery and be delightfully and surprisingly entertained. Get 'em while the gettins' good. 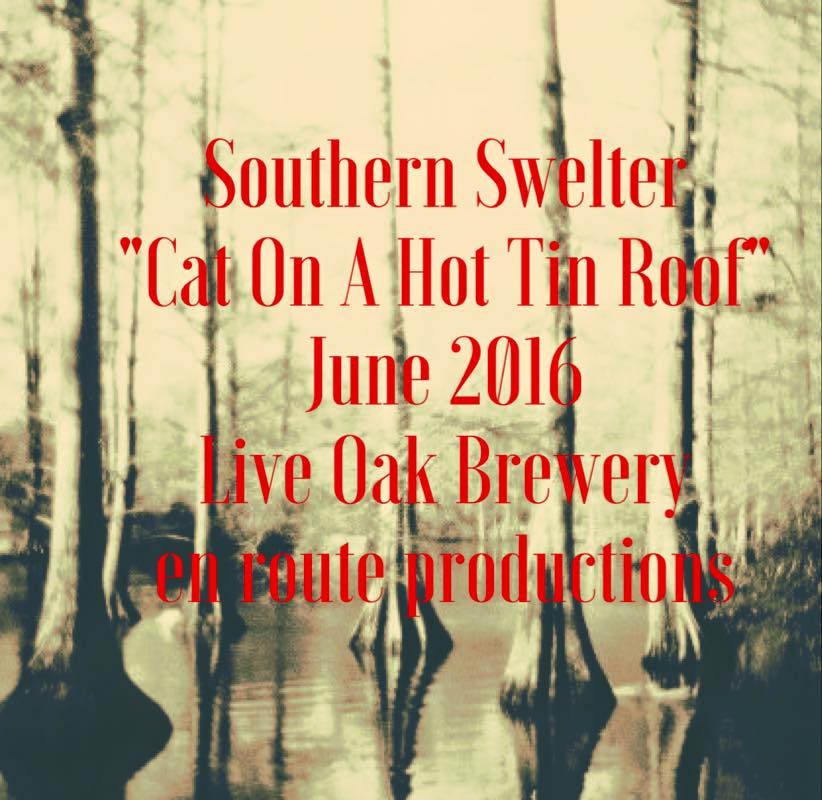 Opening weekend June 3 - 5 at the Off-Shoot rehearsal studio at the Off Center, 2211-A Hidalgo Street; subsequent performances at Live Oak Brewery. 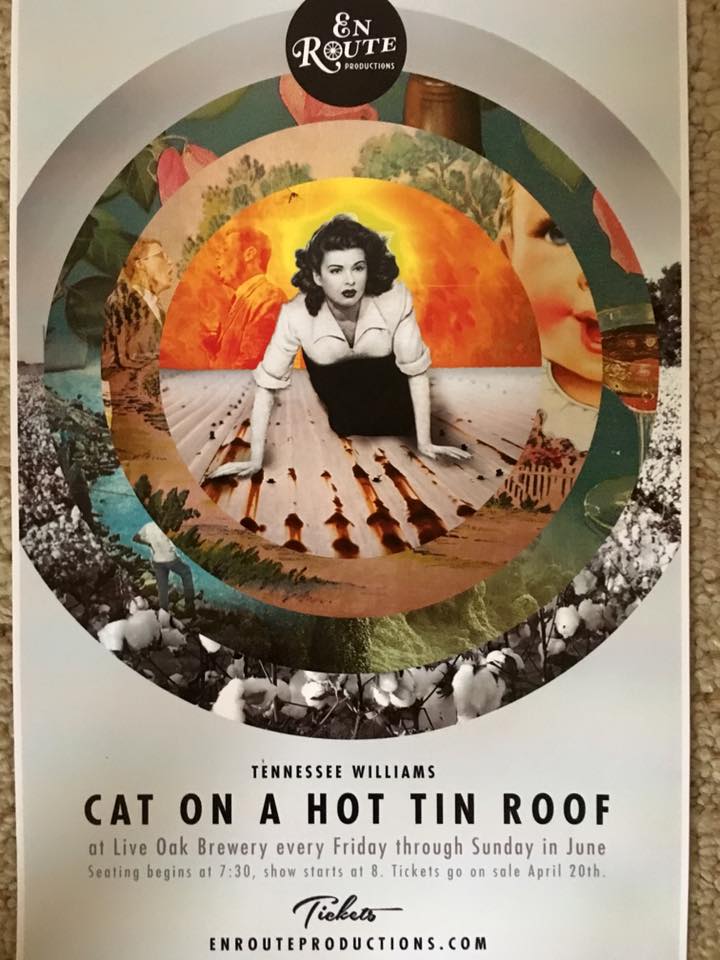