On a hot July night in 1961, the staff at the world's greatest restaurant, the Café du Grand Boeuf in Paris, await the imminent arrival of Victor, the café's owner and sole patron. But when "Monsieur" returns from the bullfights in Madrid, disheveled and morose, his wish is simple: to die of starvation at his own table. The frantic staff, whose very lives depend on Victor's appetite, try all means to change his mind, but to no avail. Finally, they make a last-ditch plea: Out of respect for their life's work, will he let them prepare one final meal—provided they leave it in the kitchen? Instead they will describe it, course by course, over a series of empty platters. Victor reluctantly consents, and the "feast of adjectives and adverbs" begins…A "comic tragedy in seven courses" celebrating the joys of cooking, sex, bullfighting and the collected works of Ernest Hemingway. 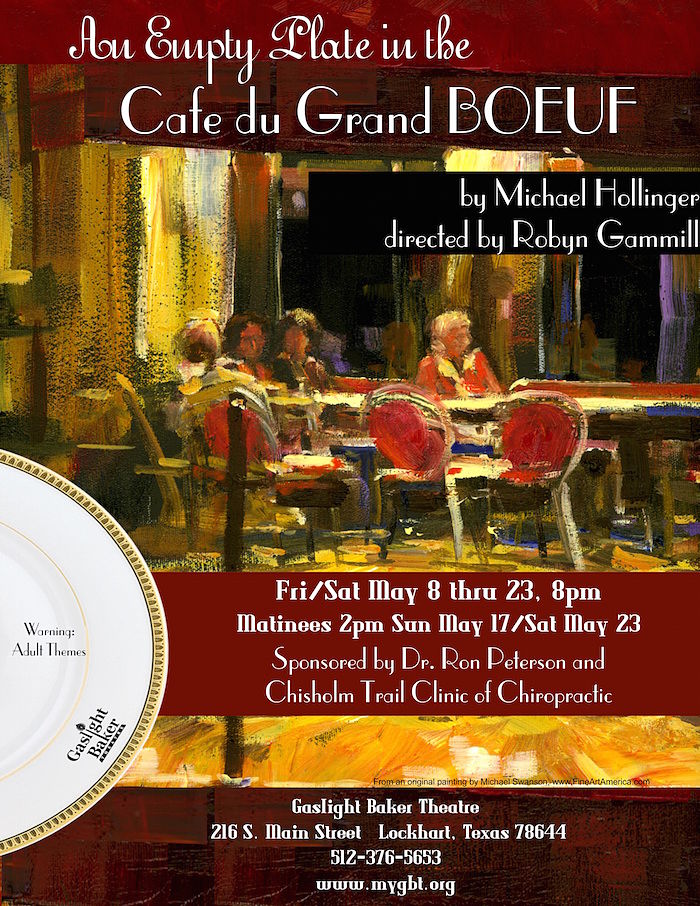