Meet Don Ernesto, a muy macho cartel lord of Sinaloa who is used to getting exactly what he wants. In this case, what he wants is Eva - the young woman he sent to a convent to be trained to become his perfect, submissive wife. En route to meet her future husband, Eva bumps into Mario, the dreamboat son of a rival narco capitán, and her heart leaps. Lust, love and war are in the air. Leave it to Armida, the smartest maid in Mexico, to dream up the scheme to inspire a double wedding that brings an unlikely harmony to the land of cartels and banda music!

“Bad Hombres/Good Wives is a show that puts the idea of machismo on trial in a hilarious and effective way” said Juan Calderon, director of production. “The fast paced comedy full of familiar characters will be sure to have audiences laughing and cheering.”

Teatro Audaz aims to give their 2022 season dedicated to Latinx families a grand finale! What happens when you mix The Importance of Being Earnest, The School for Wives and a narco telenovela? You get Bad Hombres/Good Wives, a hilarious new comedy written by Herbert Siguenza and directed by Juan Carlos Calderon.

“Once again, we are proud to feature an all Latine cast and crew for this production of Bad Hombres /Good Wives” said Laura T Garza, Executive Artistic Director, Teatro Audaz San Antonio. “Teatro’s mission is to produce, showcase and respect all the stories of our cultura as well as foster the talent of our local artistas from the page to the stage all day every day, 24/7, and we believe this production does so in true Audaz fashion.”

You might not expect a Salvadoran-raised playwright who helped birth an edgily satirical Chicano theater troupe to find some of his greatest inspiration in a Frenchman who’s been dead for nearly 350 years .But Molière just seems to speak to Herbert Sigüenza, the Culture Clash co-founder and wide-ranging writer who’s about to unveil his world-premiere comedy “Bad Hombres/Good Wives” at San Diego Rep, where he’s the playwright in residence.The new piece is loosely based on “School for Wives,” the 1662 Molière farce about a prosperous man who tries to groom a young woman to be his faultlessly obedient spouse.

Teatro Audaz is dedicated to exploring the varied experiences and cultures of Latinx people through producing and showcasing the creative talents of our artists. We aim to showcase the stories of, and serve the artists that we feel are most under-represented, including all BIPOC, LGBTQ, women, refugees, and immigrants. Teatro Audaz is currently in residence at the Public Theater of San Antonio. Their 2021 / 2022 season, “Familia es Todo,” seeks to magnify the stories of Latinx families from all walks of life. Along with Bad Hombres / Good Wives, this season included Man of the Flesh by Octavio Solis, Mariachi Girl by Roxanne Schroeder-Arce, and The Mesquite Tree, An American Tragedy by David Davila For more information visit www.teatroaudaz.com 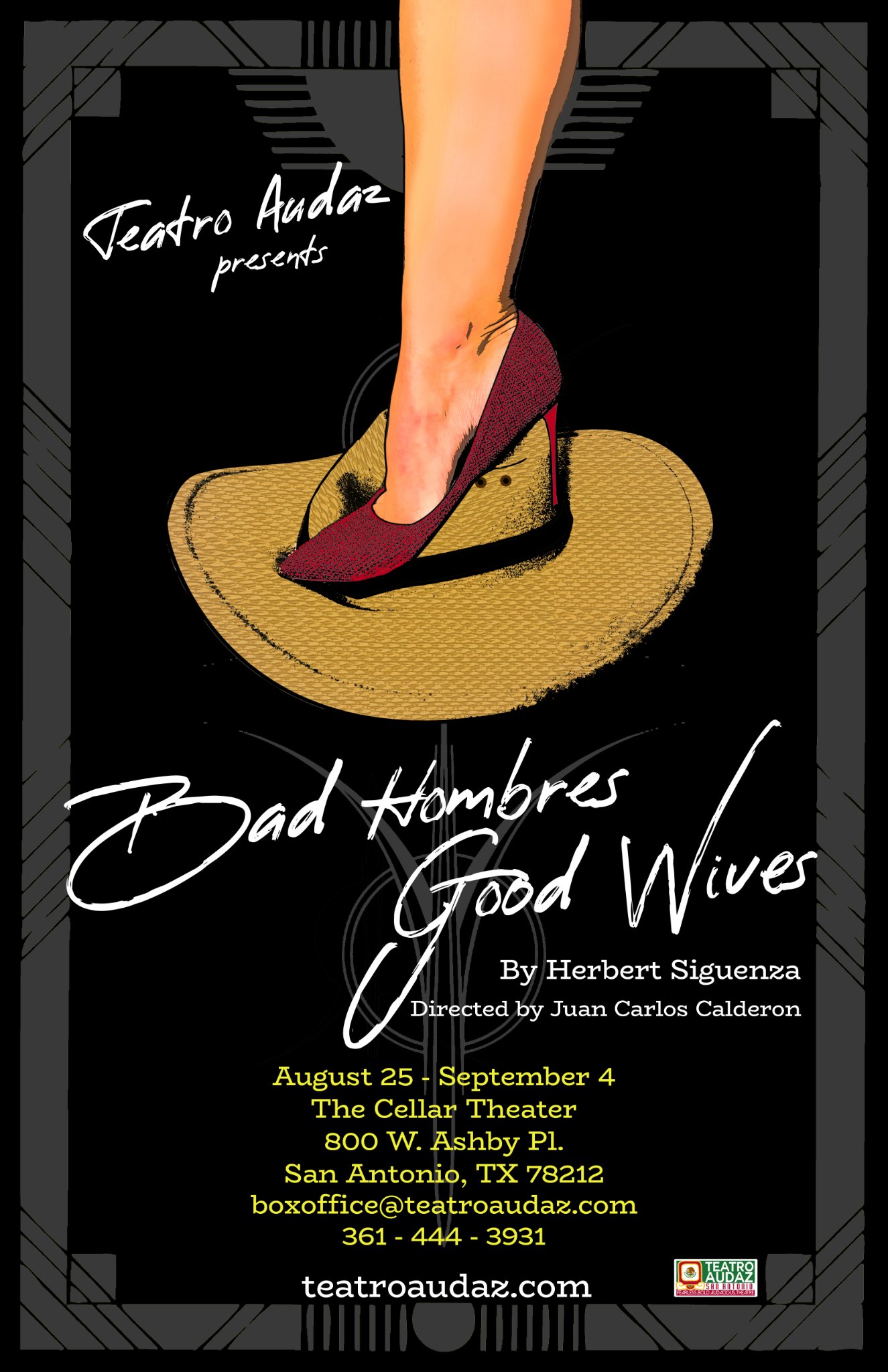 We are a non-profit theatre company in San Antonio that is focused on exploring the varied experiences and cultures of immigrant and Latinx people, through producing and showcasing the creative …