O'Neill + Glaspell -- IN THE ZONE and TRIFLES
by Different Stages

In the Zone, written in 1917, is based on O’Neill‘s own experiences aboard the British shipS.S. Ikala.  This play is one of four sea dramas concerning the crew of a ship named the S. S. Glencairn.  The ship enters the waters of the war zone during the night. German submarines are in the same waters.  The sailors discover one of their mates is acting in a suspicious manner so they decide he must be a German spy.  Directed by Ev Lunning, the reading cast is Owen Ziegler, Tom Byrne, Garry Peters, Weston Smith, Santiago Facundo, and Jackson Pant.

Trifles, written in 1916, is loosely based on true events. As a young reporter, Glaspell covered a murder case in a small town in Iowa. Farmer John Wright has been murdered. While he was asleep in the middle of the night, someone strung a rope around his neck. Years later, she crafted a short play, Trifles, inspired by her experiences and observations. Directed by Nikki Zook, the reading cast is Chelsea Manasseri, Michelle Alexander, Tony Salinas, Kerry Ramsey, and Paul Montoya.

A Free Zoom reading of

In the Zone by Eugene O’Neill

On Different Stages' YouTube Channel and available on demand June 12-19, 2021

The presentation is FREE. Donation to Different Stages The Performances are Friday June 11 at 7:30 PM live and on demand June 12 - 19 on Different Stages’ YouTube Channel.

For donations go to www.differentstagestheatre.org

Tickets for Donation to Different Stages | TicketWeb - Online Donation in Austin, US 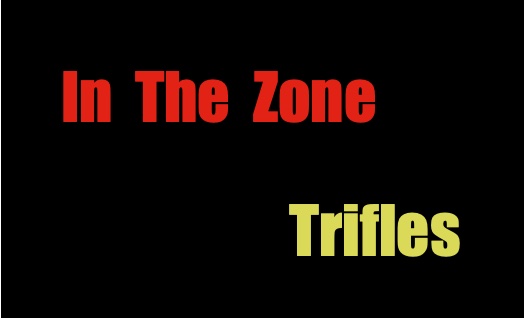 Different Stages was founded in 1980 as Small Potatoes Theatrical Company. Lucy Lister, Angero Holt, and Norman E. Blumensaadt incorporated it as a nonprofit organization under its present name in …