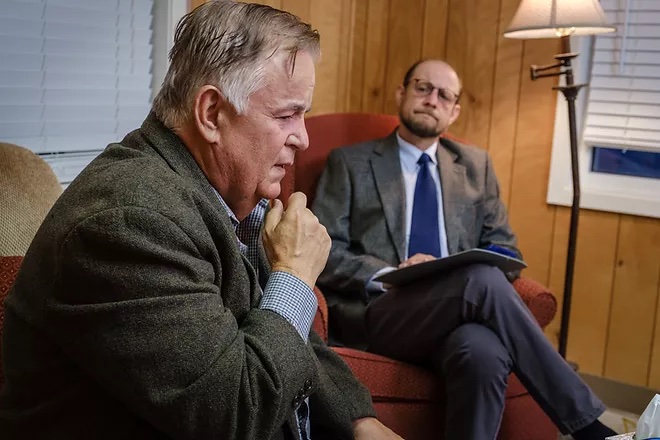 This production of Conor McPherson's Shining City does prove yet again that great actors cannot be held back by poor material.

Certainly, you are familiar with the expression sucked all the air out of the room. We have all felt that moment. Now imagine feeling only that moment for nearly two hours without intermission.   Conor McPherson, an Irish playwright and screenwriter from Dublin, began writing in college and went on to find success on both the West End and Broadway beginning in 1999 with his play The Weir. He is considered to be one of … 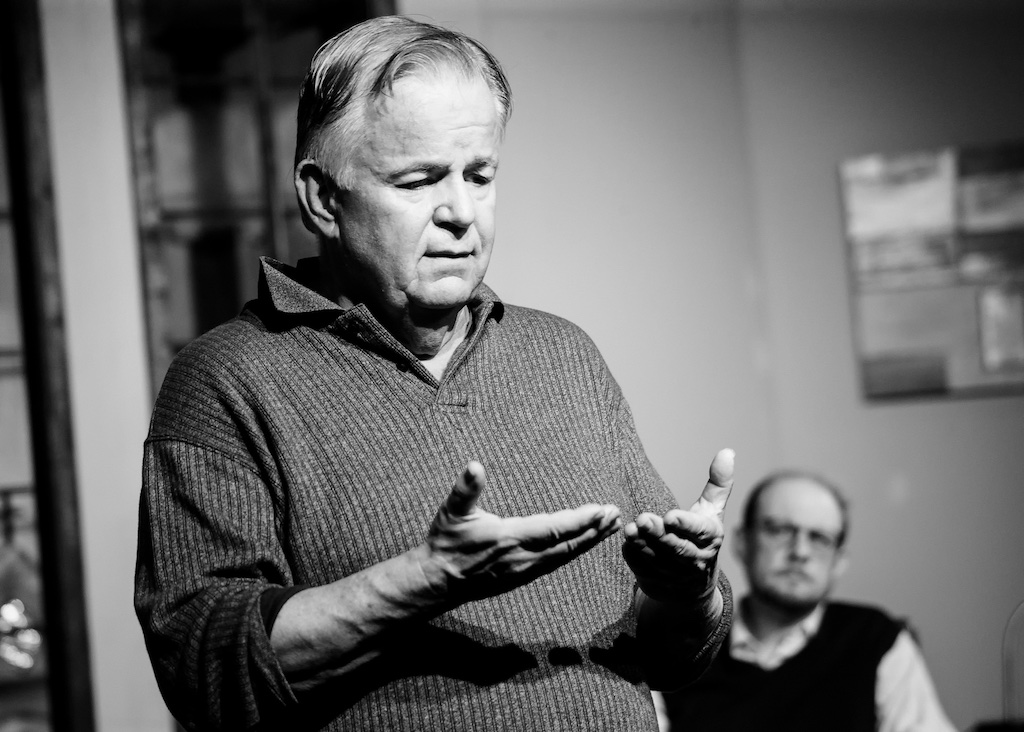 SHINING CITY, a therapy play, is slow-paced and too great a stretch for many adults in the theatre community—unless they're immune to scatology, misogyny, and excessive foul language poorly performed

Was Conor McPherson going through a divorce or coming out about the time he wrote Shining City? In its stories and action, the play repeatedly throws relationships that don’t work at the theatregoer, and McPherson delights in detailing how men fumble ham-handedly with women in every situation. This is the lit-crit expectation of the nihilistic McPherson, but if anyone in everyday life is going through anything similar, don’t expect Shining City to offer any …

Review: The Thanksgiving Play by Different Stages at the Vortex, Austin

by Michael Meigs
Published on November 25, 2021

The Thanksgiving Play, a waggish four-actor satire, had the opening night audience roaring with laughter and delight. Director Melissa Vogt and the quartet of fresh faces of this cast make it easy to enjoy both the holiday and this gentle comedy.

Happy conjunctions: -- For this 2021 Thanksgiving season  Norman Blumensaat's Different Stages company elected to stage Larissa Fasthorse's The Thanksgiving Play, a waggish four-actor satire that had the opening night audience roaring with laughter and delight throughout its uninterrupted presentation.   -- Second, the production is the normally busy Different Stages' return to live performance after the terrible COVID interruption, prepared with careful precautions for a thoroughly vaccinated and masked audience.   -- And this …

Review of Cricket on the Hearth streaming production by Different Stages

Once again, Austin's Different Stages has found a different stage, and as with many others, has mastered it. The Cricket on the Hearth was billed as a staged reading, but turned out to be considerably more than that.  The costumed actors performed very much in character as the early Victorian persons Dickens enlivened to colorful perfection. Their Zoom window backgrounds revealed props or held a few set pieces, and occasional deft touches emphasized connections despite … 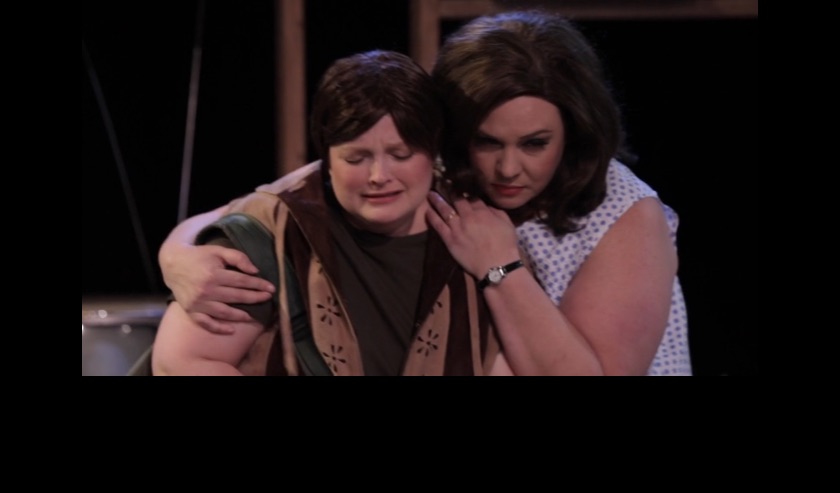 World War II gliders and the 1969 moon landing are the awkward frame for a story of domestic abuse and a fractured family. The abuser's always off stage, but the cast of women does have one male character, bankrupt and passive, to beat up on.

Gliders by Rita Anderson is a story set in the late Sixties of domestic abuse and a fractured family. The first Moon landing is the background of the play but it's no more than that, background. We see elements of three generations of a family of mothers and daughters. The family cannot gain lift-off due to the instability, alcoholism, nicotine addiction, and promiscuity of the matriarch, who blames it all on her early widowhood. The production … 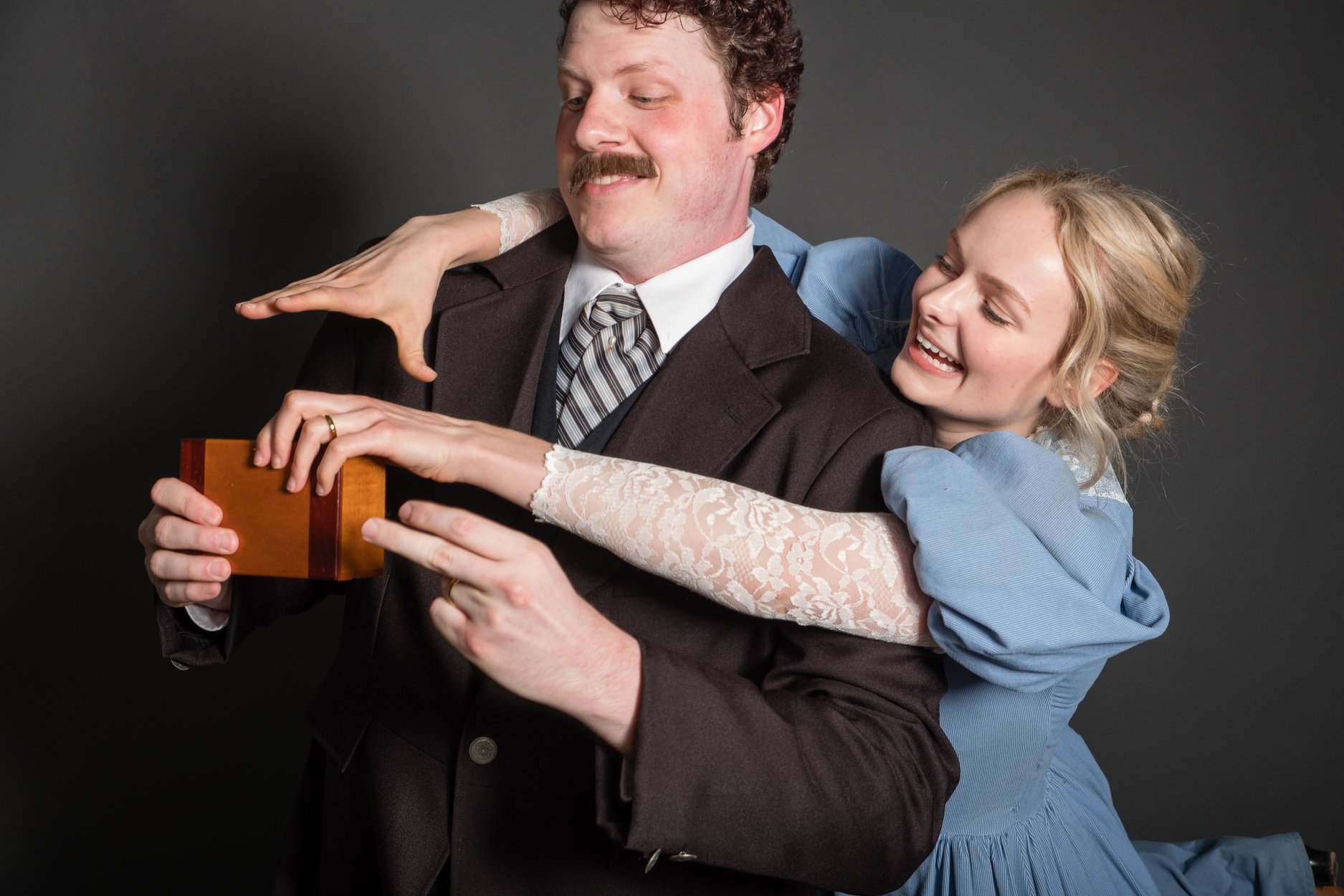 Attending The Doll's House by Ibsen by Austin's Different Stages, I couldn't help but think of the American music hall ballad She's Only A Bird in a Gilded Cage, a sentimental portrait of a woman who married for money, not for love. Ann Marie Gordon's set in the Trinity Street Players' black box theatre subtly suggests just such a cage.   At the center of this famously intimate space stand the furnishings of a solid middle-class …