A Christmas Carol
by Paradox Players 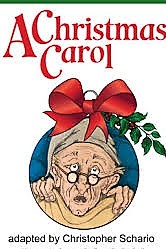 Scrooge is coming! The Paradox Players present the immortal classic 'A Christmas Carol' by Charles Dickens adapted for the stage by Christopher Schario.

This reader’s theatre production with choreographed staging is told through the eyes of two young children who will bring the memorable Dickens’ characters to life.

This production has an outstanding cast of actors including John Meadows as Scrooge along with seven other actors each playing a variety of characters from Bob Cratchit, and Tiny Tim to the Spirits of Christmas Past, Present and Future. Directed by Barbara Abbate.

Written in 1843 when he was only thirty-one, Dickens writes A Christmas Carol as a homily about the personal transformation of a crusty old curmudgeon. Ebenezer Scrooge comes face to face with his own dark brooding soul, and the impact of his cold and angry behavior. He accepts the wisdom of the Christmas spirits; liberates his own good nature, and is thus able to enjoy the delights of a laughing heart till the end of his days.

For reservations or more information call 512-744-1495, or go to paradoxplayers.org. 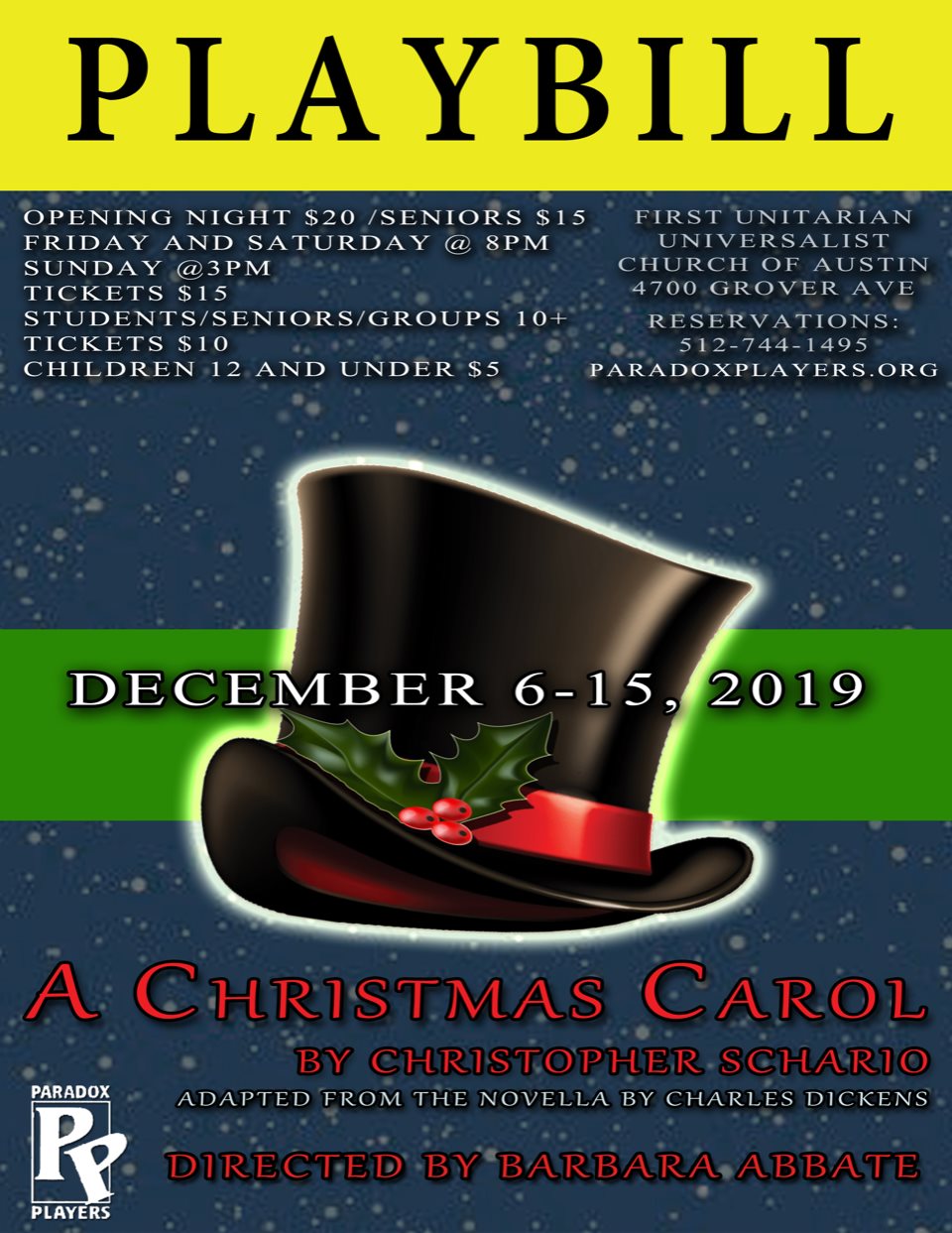 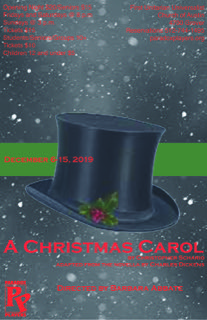 Paradox Players originated in 1999, the minister of First UU Church of Austin assembled church members who had expressed an interest in drama. The original group functioned as a drama ...