Confessions of a Mexpatriate
by Hyde Park Theatre 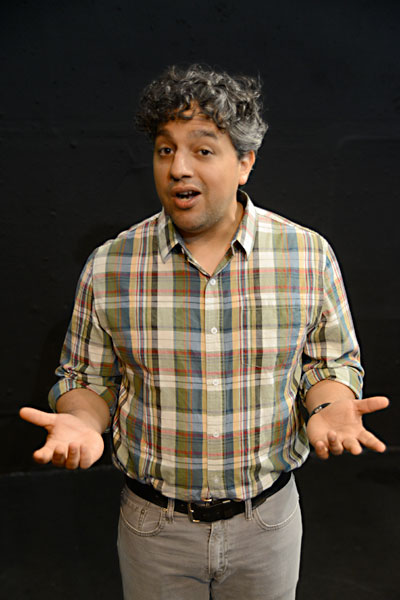 In this deeply funny, deeply thought-provoking piece, a Mexican American urban sophisticate who wants to connect with his roots ventures deep into the Mexican interior. Directed by Ken Webster and featuring Mical Trejo.

Austin-based playwright Raul Garza is a winner of the National Latino Playwrights Award. His plays have been produced across the United States and in Mexico. Webster originally directed Trejo in Confessions of a Mexpatriate for Teatro Vivo, and the play then toured from Austin to Chicago, New Mexico, and San Miguel de Allende.

Confessions of a Mexpatriate
by Raul Garza
Hyde Park Theatre

Thursdays are Pay What You Can Nights at the door. 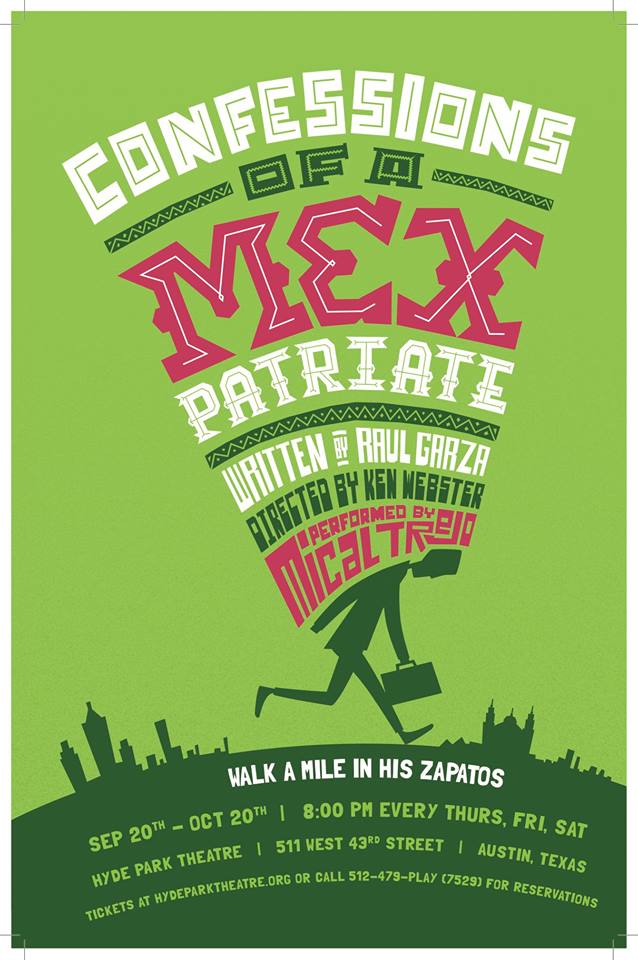