In the bleak, corporate break room of a big box store in Idaho, someone is summoning The Rapture. This is the site where the thorny issues of faith, forgiveness, and second chances are put on the table. These lost souls of the Hobby Lobby confront an unyielding world through the beige-tinted impossibility of modern faith.

“I have always admired people who’ve held firm to their beliefs and convictions.  It takes a great amount of energy to stand firm and stay true to what you believe.  On the flip side to that, I also greatly admire and appreciate people who open themselves up to new ideas, who are willing to change and consider different perspectives. When humans choose to engage in either of these practices they become vulnerable, and sometimes that is a very scary place to be.  The characters you see here tonight have put themselves into that frightening place.  For some, it is a place they feel very comfortable – for others, it is very hard to escape.  Still for others, it is very easy to exit.  We have all been in these places at some point in our lives.  If you see bits and pieces of you in this play, and if you walk away with tons of questions, then our job here is done.”

From feature by Deborah Martin at San Antonio Express-News, December 21, 2017:

“A Bright New Boise:” Omar Leos was not familiar with the dark comedy when he was asked to direct it. Reading the script sold him right away.

“It’s a fairly new play, and I like new work a lot, so anything that’s new, I tend to gravitate toward,” said Leos. “It’s written by Samuel Hunter, who is a MacArthur genius grant winner. He’s writing these dark comedies that make people think. I really fell in love with it.”

The 2011 play is set in the break room of a craft store as one of the characters attempts to bring on the Rapture. It deals with faith and forgiveness, among other things.

“People are going to walk away with lots of questions that may not be answered,” Leos said. “It’s going to provoke discussion when you leave the theater.”

The cast includes George Green, the theater’s CEO and artistic director. It’s his first show as an actor since he began running the theater last year. Leos, who is the chairman of the theater’s board, has enjoyed working with him in that capacity.

“One of the things also that was exciting about the show was that he was going to be in it,” Leos said. “It was a really good chance for him to take a step back and be directed.” 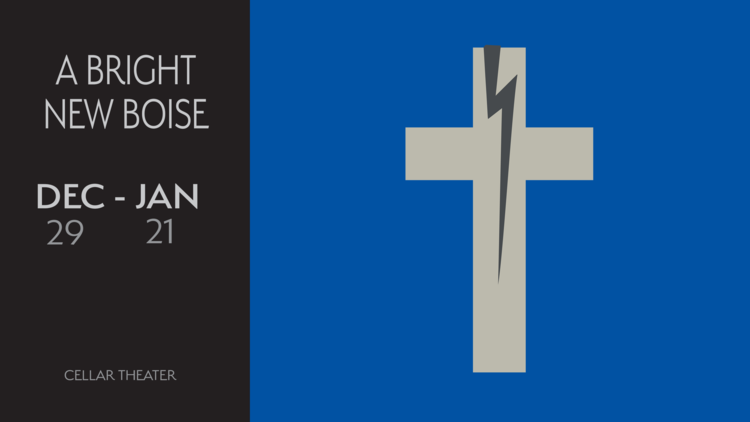 The Playhouse produces high quality live theatre that inspires, educates, and entertains audiences of all ages. Our passion is to connect our community to the world at large by telling stories that reveal the …