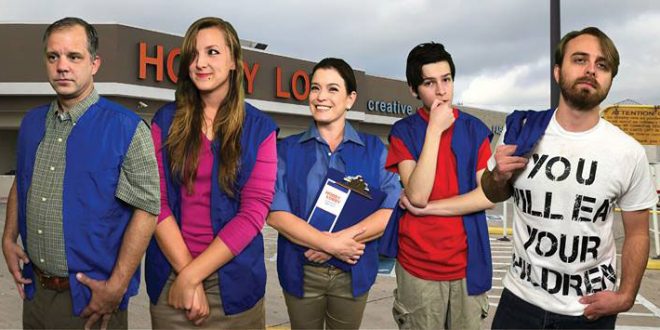 Well-performed by a solid cast, A BRIGHT NEW BOISE in the Cellar Theatre at Playhouse San Antonio effectively blends comedy with darker themes.

Winner of the 2011 Obie Award for Playwriting, Samuel D. Hunter’s ironically-titled A Bright New Boise centers on the lives of a group of employees working dead-end jobs at a nondescript Idaho craft store. Well-performed by a solid cast, it effectively blends comedy with darker themes.

The piece opens with Pauline (Meredith Bell Alvarez), the store’s foul-mouthed and volatile manager, interviewing new arrival Will (George Green) for a ... 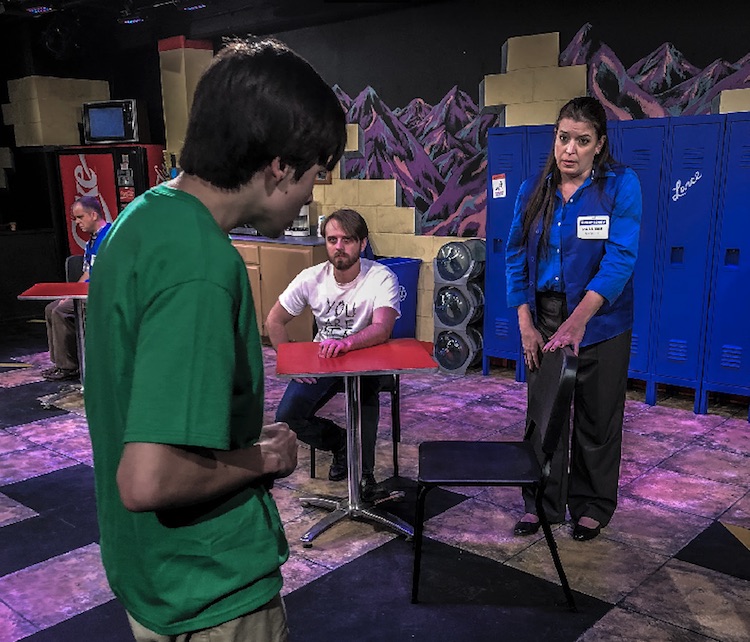 George Green's finely tuned, deeply felt performance as the lonely, vulnerable Will demonstrates his concentration in a self-effacing portrayal of deep emotion. Those of us who knew the artistic director only from news reports and Playhouse communications can now feel that we've seen the man.

This is the break room at the Hobby Lobby in Boise, Idaho. Never mind that it doesn't exist -- there's a Hobby Lobby seven miles away in Meridian and another twenty miles away in Nampay -- but in A Bright New Boise you're not in Idaho at all. You're in the vast loneliness of America's small towns. Playwright Samuel D. Hunter uses the emptiness of franchised America as a metaphor for ... 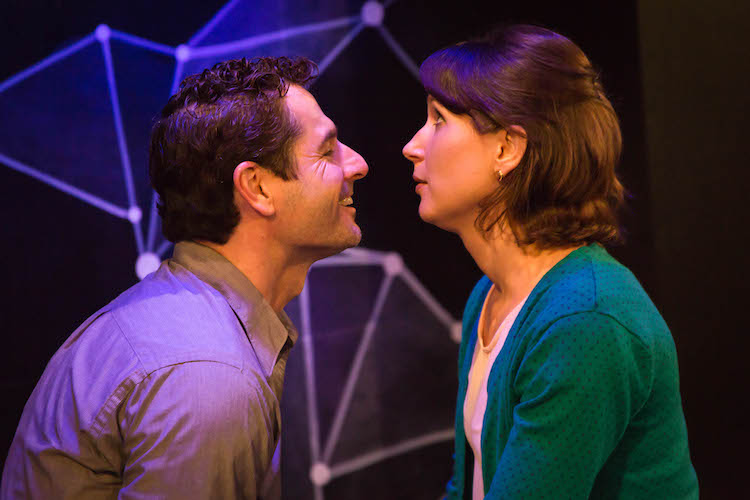 In just over an hour, we experience each stage of Marianne and Roland’s relationship from multiple perspectives. As their attitudes shift, so do the endless possibilities of what may lie ahead for them. If it sounds confusing, it’s not, as it has been ingeniously assembled by the playwright.

Is the universe we live in actually one of many levels of contemporaneous existence? That’s the intriguing theory proposed by Nick Payne in his two-hander Constellations at the Cellar Theatre, receiving its second staging in Texas.

Constellations tells the story of the relationship between Marianne (Kate Glasheen), a theoretical physicist, and Roland (Jeff Jeffers), a self-employed beekeeper. When they first meet, Marianne attempts to describe to Roland what she does. She explains that ... 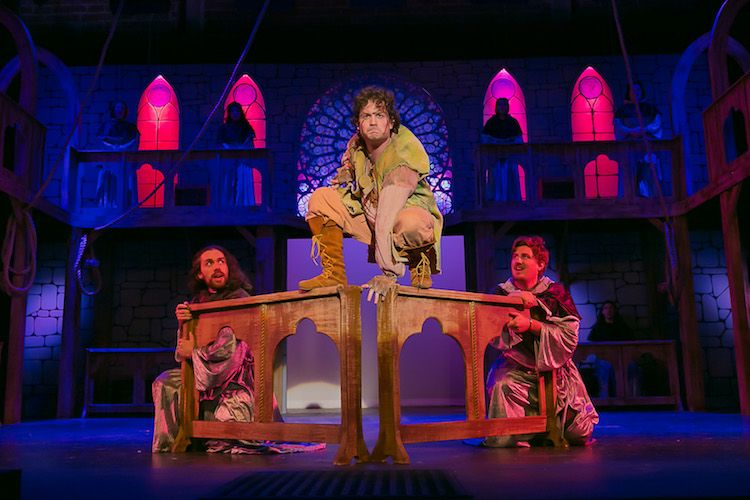 Review: The Hunchback of Notre Dame by Playhouse San Antonio

by Kurt Gardner
Published on September 21, 2017

The stage versionis a strikingly somber version of Disney’s animated film. The Playhouse has wisely maintained this serious tone, and the result is a mature piece with considerable emotional heft.

The theatrical adaptation of Disney’s The Hunchback of Notre Dame makes its Texas debut at the Playhouse San Antonio in a spectacular production that teems with talent and stunning stagecraft. With a book by Peter Parnell, music by Alan Menken, and lyrics by Stephen Schwartz, it’s a strikingly somber version of Disney’s animated film. The Playhouse has wisely maintained this serious tone, and the result is a mature piece with considerable emotional heft. 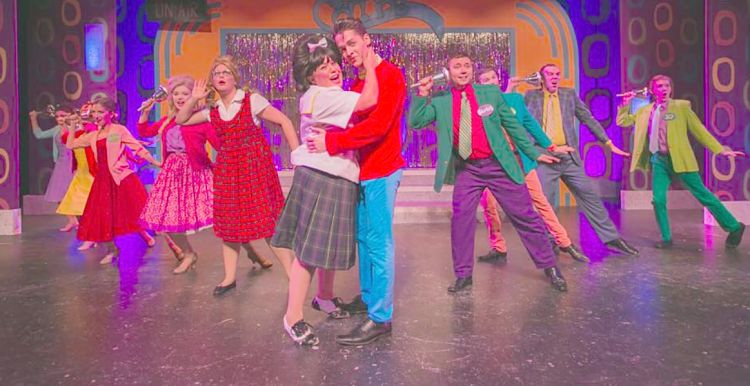 The Tony Award-winning musical comes to the Playhouse in a bright, splashy production.

Plus-sized Tracy Turnblad longs for acceptance among her peers. When she tries out for the local television show for teens, “The Corny Collins Show,” she becomes its unlikely star, demonstrating a nifty dance move she learned from a black student, Seaweed J. Stubbs. This motivates her to break through the color barrier so that African-American kids can appear on the show all the time, not just on “Negro Day.” 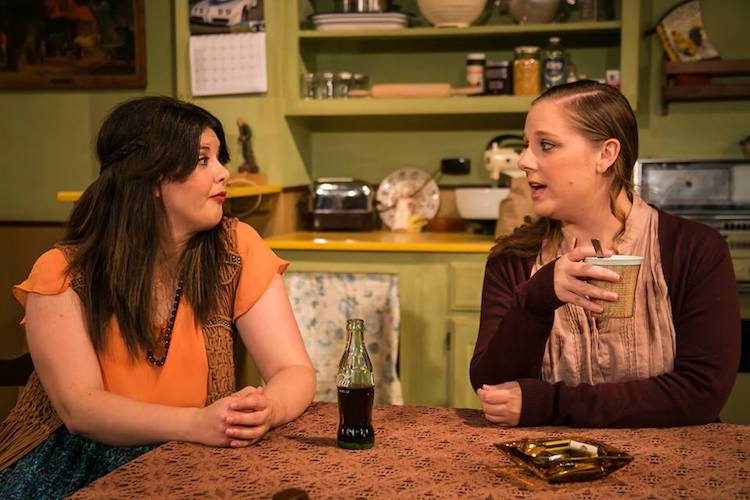 Review: Crimes of the Heart by Playhouse San Antonio

This thick slice of Southern Gothic is served up fresh by director Bill Gundry. He knows Henley’s dialogue will sell itself, so the actors deliver their lines, no matter how appalling, naturally and without exaggeration. It’s the truth in the piece that puts it over.

Beth Henley’s 1978 Pulitzer Prize-winning Crimes of the Heart has aged well. Its Chekhovian tale about the tribulations of the Magrath sisters of Hazlehurst, Mississippi, is timeless, and the Cellar Theatre’s sparkling production is buoyed by an appealing cast.

Erin Polewski shines as Lenny, the eldest of the sisters, who suffers from a shrunken ovary and a lack of romantic prospects. Also good is Emily Cleveland as middle sister Meg, who has returned from ...