The Crucible
by University of Texas Theatre & Dance

Accusations of witchcraft turn neighbor against neighbor in 17th century Salem, Massachusetts. The malicious trials that follow reflect the mob psychology of a community paralyzed by terror, in which piety and righteousness are masks for malevolent greed and self-interest.

The Crucible was originally written as an allegory for 1950s McCarthyism and the House Committee on Un-American Activities, which accused thousands of Americans of being communists or communist sympathizers.

Michael Fry is a director, playwright, academic and executive. He has been artistic director of three companies, has had senior faculty and management posts at universities in the United Kingdom and the United States, and is a regular international workshop leader and conference speakers. He has directed more than 150 productions, including many premieres, at UK regional theatres and opera companies, and in London at the Young Vic, the Lyric Hammersmith, the Gate, the King's Head and the Soho Theatre. Work abroad includes Ireland, Italy, France, Romania, Estonia, South Africa and frequently in the United States. His plays and adaptations have been performed in theatres throughout England, America and Australasia, and are published by Methuen, Samuel French and Oberon. He has written numerous articles, chapters and his study of adaptation, Proliferation and Prejudice, will be published by Oberon, along with a recent chapter in British Theatre Companies 1980-1994 for Methuen next year. He is currently Deputy Director of East 15 Acting School, University of Essex and a member of the board at URTA.

The Crucible
by Arthur Miller
University of Texas Theatre & Dance 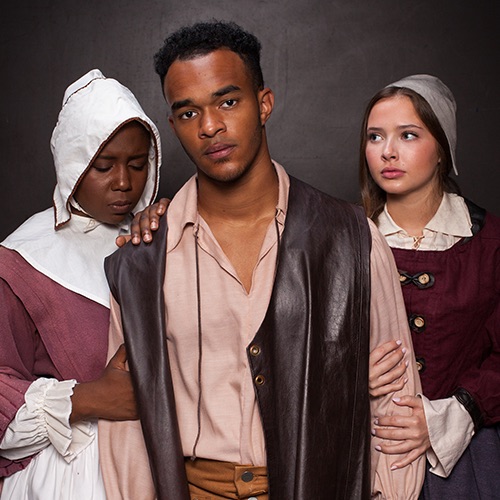