Sharron (Bower) Anderson returns to Austin with a staged reading of Lysistrata at the Spider House Ballroom for one night only: Sunday, August 27, 2017 to benefit Austin Shakespeare. A cast of 20 well-known actors portray Ellen McLaughlin's take on the ancient Greek comedy by Aristophanes, where Greek women withhold sex from their partners to coerce them to return home from war. Between thrusts of phallic humor and anachronistic silliness, this Lysistrata manages to highlight questions of national priorities, humanitarian awareness, and diplomacy vs. violent domination. Not suitable for children.

Ellen McLaughlin is an New York-based playwright and actor. Her plays include Septimus and Clarissa, Ajax in Iraq, Days and Nights Within, A Narrow Bed, Infinity's House, Iphigenia and Other Daughters, Tongue of a Bird, The Trojan Women, Helen, The Persians and Oedipus. Producers include: Actors' Theater of Louisville, Classic Stage Co., The Intiman Theater, London’s Almeida Theater, The Mark Taper Forum, the Public Theater, The Oregon Shakespeare Festival, and The Guthrie Theater. McLaughlin wrote this version of Lysistrata expressly for Lysistrata Project, and directed the reading of it at Brooklyn Academy of Music on 03/03/03.

About Lysistrata Project: The First-Ever Worldwide Theatrical Act of Dissent

1,029 play readings of Lysistrata occurred in 59 countries and every U.S. state in a single day (03/03/03) to protest the Bush Administration's unilateral rush to invade Iraq. Organized by local “spearheads,” readings were held in theaters, schools, churches, libraries, music halls, homes, cafes, community centers, offices, subway cars, parks, and on street corners. A secret reading was held in China. One in northern Iraq was organized by members of the international press corps, who had to keep it quiet or risk losing their jobs. The play was read by candlelight in Patras by Greek activists and Kurdish refugees in an abandoned factory. A reading also occurred on the steps of The Acropolis. Participants and audiences world wide experienced palpable unity on this day of action.

Lysistrata Project was co-founded by New York actors Sharron (Bower) Anderson and Katherine Blume, and snowballed in two months — from viral emails between colleagues to a website listing details of each reading to the event being covered by major news outlets all over the world. In the pre-Facebook era, the spread and scope of this international peace event was unprecedented for its time.

Born and raised in Austin, Sharron has worked as a dialect coach, a casting director (3 years at NYC’s Mint Theater and host casting for PBS’ RealSimple TV), and has acted in more than 100 theatre productions across the northeast and southwest. Television appearances include Law & Order, L&O: SVU, L&O: Criminal Intent; Rescue Me; and HBO Actual Jokes. Sharron has taught Acting, Voice/Speech, and Acting for Opera Singers at the college level. She holds an MFA from UT Austin. 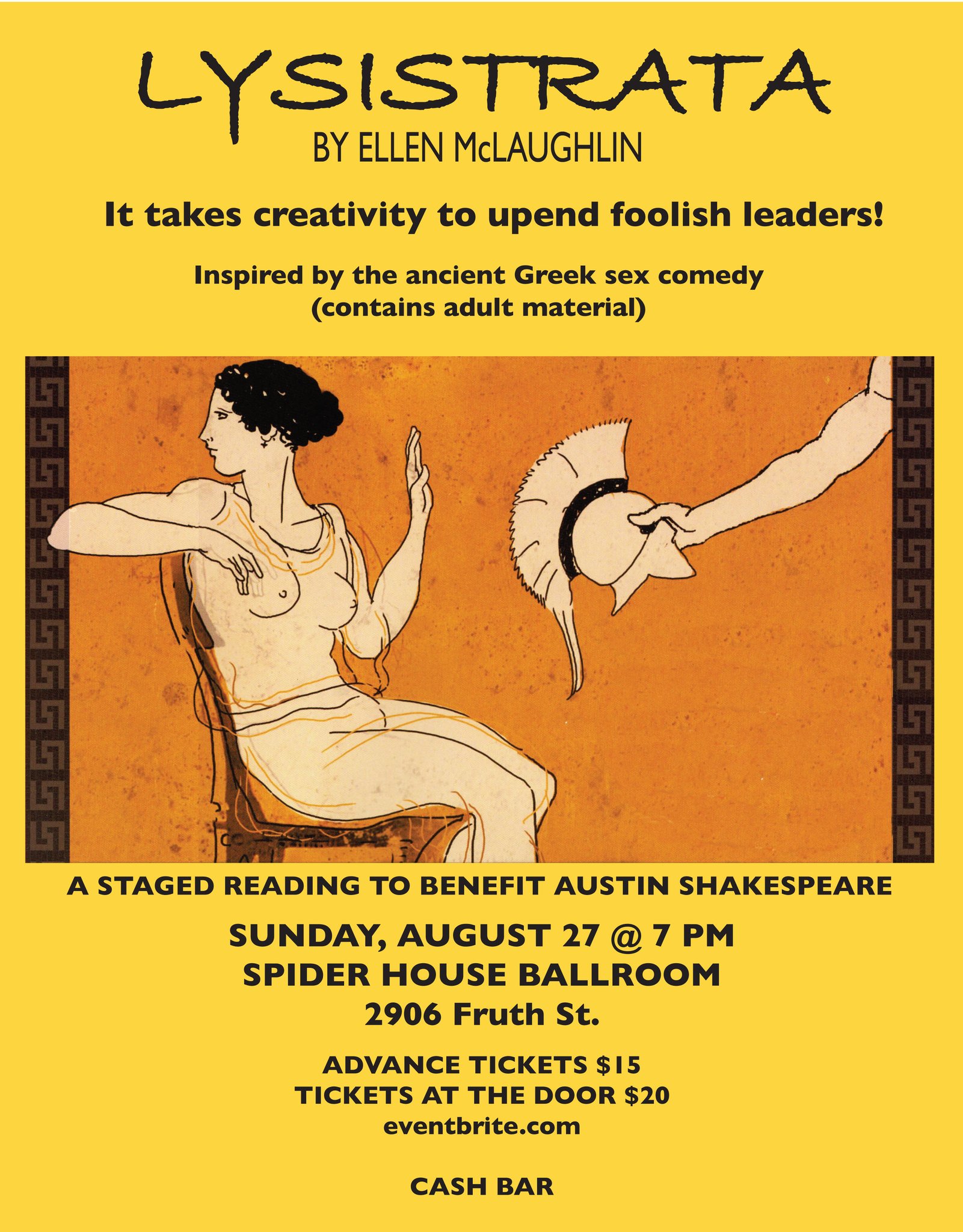