––If Robot Daddy did not exist, people would have had to create him. 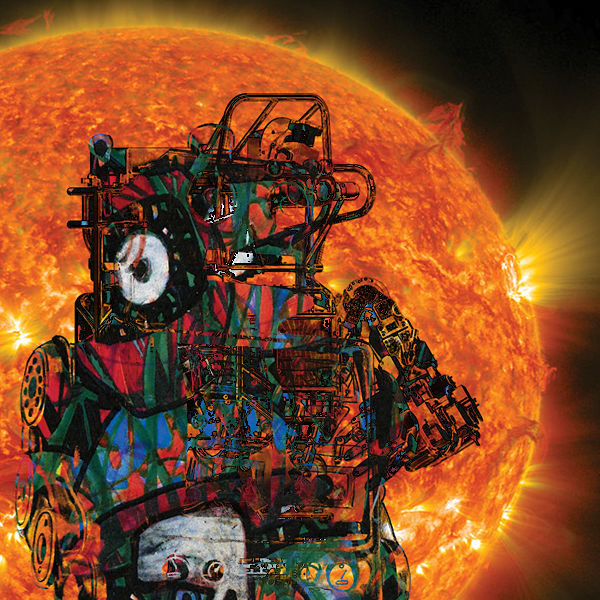 Join Electronic Planet Ensemble as we celebrate 20 years creating multi-media performances.  Robot Daddy is a must-see, as it will be the final concert performance of its kind for EPE. Robot Daddy features an original score embedded with the poetry of David Jewell with a stunning light show by Patrick Anthony.

In addition to the live performance, EPE will also be releasing a full 17-CD set of its entire catalogue of original music. The Butterfly Bar at The VORTEX will feature a dynamic International Mail Art Show, featuring the Best of EPE’s International Mail Art, collected from around the world over the past 20 years.

Electronic Planet Ensemble is a multi-media art collective based in Austin, Texas. The first EPE project, Alien Experiments, debuted at The VORTEX in April 1996 and was soon followed by Atomic Experiments and Animal Experiments. Other projects in the late 1990’s include InCarNation, The Apocalytes, and The Tetragons. Electronic Planet Ensemble roared back to life in 2009 with Artistic Director Sergio R. Samayoa’s return to Austin. The broad spectrum of new work includes the original multi-disciplinary pieces Star Party, Voyager I and the Golden Record, RoBoVoX, The Chimponauts and the Mechanical Phantom, Viper Vixens of 2012, Planet of the Mermaids, Surfin’ U.F.O.,and SPACEMAN:DADA:ROBOT.  For two decades, Electronic Planet Ensemble has shaped the fabric of experimental multi-media art in Austin.

Produced in association with The VORTEX.  This project is funded and supported in part by VORTEX Repertory Company and by the Cultural Arts Division of the City of Austin Economic Development Department. 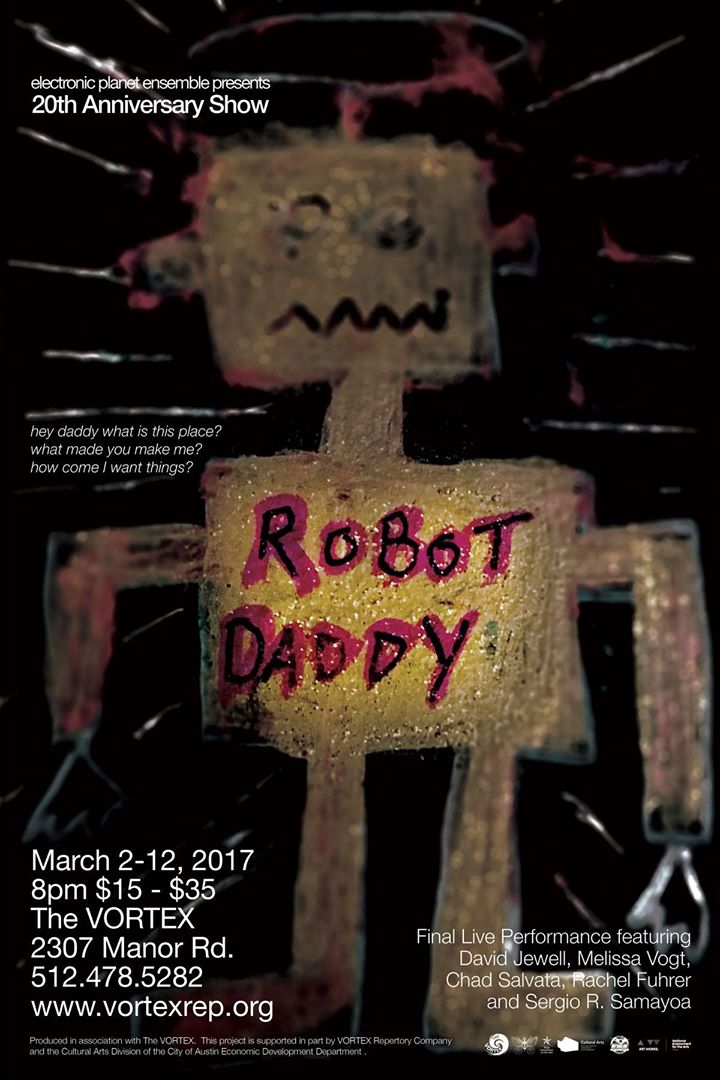